It’s been a helluva long time since country music’s been this exciting.

For the first time in its 52-year history, the Country Music Awards will be hosted by multiple women; the biggest, and most controversial country song in recent memory was recorded by a queer black Twitter superstar; and this month, with the release of their debut album, the Highwomen are taking on Nashville’s boys’ club.

It’s no secret that women in country music have been facing an uphill battle for years. Loretta Lynn was famously banned from country radio for “The Pill,” her ode to birth control and female empowerment. When the Dixie Chicks took on President Bush in 2003, their seemingly unstoppable rise to fame came to a screeching halt. And in 2015, radio consultant Keith Hill sparked outrage when he was quoted as saying, “If you want to make ratings in country radio, take females out.”

Historically, the message has been clear: if you’re a woman in country music, then you better shut up and sing. And even then, you might not end up on the radio.

Enter the Highwomen. This country supergroup made up of Brandi Carlile, Maren Morris, Amanda Shires, and Natalie Hemby formed in April as an answer to the lack of women on the country charts. Their self-titled debut release, released September 6, is a patchwork quilt of the group’s varied perspectives, woven together with chilling harmonies and earnest lyrics.

They join a lineage of country music forces. In 2011, Miranda Lambert, Ashley Monroe, and Angaleena Presley formed the Pistol Annies, and in 1993, Dolly Parton, Tammy Wynette, and Loretta Lynn got together to release the Honky Tonk Angels. But the fact that the Highwomen named themselves after perhaps the most legendary country supergroup to come before them shows exactly what they’re about: they’re here to go toe to toe with country’s heavy hitters.

The album opener, “Highwomen,” is a sister song to “Highwaymen,” as sung by Johnny Cash, Willie Nelson, Waylon Jennings, and Kris Kristofferson. In both songs, the vocalists take turns telling the listener stories about tragic death. With the Highwomen’s eponymous retelling, a mother meets her fate in the desert, fleeing violence in Honduras; a healer is put on trial in Salem, Massachusetts; a freedom rider is killed in Mississippi; and a preacher is hunted down for being a woman. The women in this song are separated by over 300 years of history, but still, their circumstances are strikingly similar. And unlike their male predecessors, the Highwomen in this version make their solemn vow together: “We will still remain/And we’ll come back again/and again and again and again and again.”

What might’ve been a delicate balancing act for some appears effortless for the Highwomen. Over their 12-track release, each of the women take turns in the spotlight. Morris takes the lead on “Loose Change” and “Old Soul,” two songs that showcase the space between country and pop where she shines as an artist. She partners up with Carlile and Shires on “My Name Can’t Be Mama,” a tongue-in-cheek song about the expectations of motherhood. One of Nashville’s top songwriters, Hemby brings to life beautiful vignettes of her daughter’s childhood alongside Shires and Miranda Lambert in “My Only Child.” Shires, whose weeping fiddle adds layers of depth to several songs on the album, is behind one of its most emotional tracks—“Cocktail and a Song”—a raw ballad that narrates a tender interaction between an aging father and his daughter.

Country songs that center on queer experiences are few and far between, but “If She Ever Leaves Me,” is beautiful in its sincerity. On lead vocals, Carlile talks about loving in secret and loving out loud, cautioning a man who’s longing after her girlfriend: “If she ever gives her careful heart to somebody new/Well, it won’t be for a cowboy like you.”

What makes great country songs truly great is that they tell a story—beyond trucks, and beer, and cowboys. They’re about betrayal, mortality, or loneliness, and the yearning to belong to someone or something.

But somewhere along the line, a lot of that storytelling got stale. Tropes that were at once comfortable and familiar became predictable to the point of parody. But the Highwomen are the breath of fresh air that this genre has been needing. Carlile, Morris, Shires, and Hemby are at different stages of their careers, and they each come from different backgrounds, but they created an album that’s purely country—one that proves what at least half of the population already knows: women have stories that are worth telling. The Highwomen delivered a genuine take on our stories, borrowing from the best of the country genre, while taking it in a new direction. So here’s to the Highwomen—may they keep coming back, again and again. 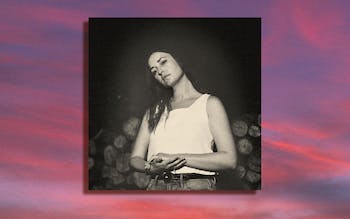