•  A Richmond woman suffering from lingering injuries caused by the 2013 Boston Marathon bombing wrote a lighthearted “breakup note” to her leg before it was amputated.
•  Houston fans of the violent video game Grand Theft Auto were held up at gunpoint while standing in line awaiting the release of the game’s latest edition.
•   A Weatherford bus driver was fired for sunbathing nude next to a middle school.
•  Two Haltom City thieves stole a car whose owner—and occupant—happened to be an off-duty police officer.
•  The newborn child of a Hitchcock couple was safely delivered twenty hours after a house fire destroyed all their possessions and killed the family dog.
•   Texas Tech coach Tubby Smith crashed the motorcycle he drove onto the basketball court during a pep rally.
•  A San Antonio teacher was put on administrative leave after she threw her shoe at a student.
•  The Texas City owner of four pit bulls that escaped their backyard and killed a neighbor’s beagle briefly sued the neighbor for $1 million because of injuries she sustained while pulling her animals away.
•  A Fort Worth woman ran a half-marathon and then married her fiancé at the finish line. 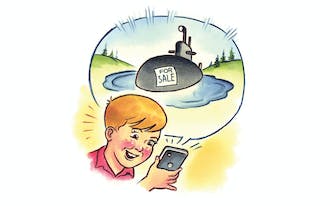 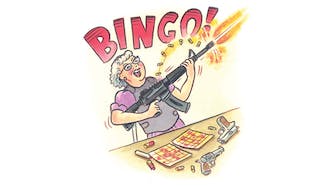 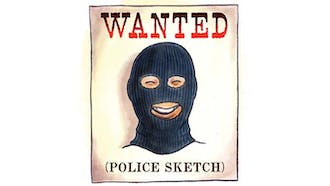 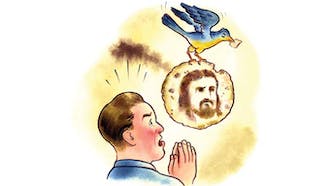