I can sympathize with John Nova Lomax. On the morning I am writing this, the Texas Rangers are preparing to take the field for their first game of the American League playoffs. Unfortunately, Lomax’s Houston Astros are sitting at home, waiting for spring training to arrive. In his wonderful piece “Orange Crush,” he details the love and frustration that Astros fans have for their franchise, which has never won a World Series. Of course, neither have the Rangers. Taken together, that’s a drought that has lasted for nearly one hundred seasons.

The truth is, professional baseball has always been hard on Texans. Collectively, the Astros and the Rangers have been to the World Series only three times. The Astros were swept in their only appearance, in 2005. And the Rangers are still living with the memory of coming just one strike away from winning it all in 2011—twice in the same game.

What I love about Lomax’s story is the profile of the Clark family, fans who have a deep connection with their home team, for whom cheering is as natural as taking your kids to the playground. The final score doesn’t really matter; neither do the standings. Being a fan is like falling in love. Sure, it’s a form of madness, but it’s one you can’t explain.

Lomax knows this personally—he recounts how following the Astros was a big part of his family’s life. He shares a letter that his grandfather Moe wrote to his grandmother in which he details how the team is doing against the Dodgers. The result wasn’t good. More often than not, that was the case with Houston, a fact his family learned to live with. As Lomax writes, “Wait till next year, Astros fans.”

Having grown up a Rangers fan, I can relate. In high school my friends and I would sit in the outfield bleachers at the old Arlington Stadium, where tickets to the game were cheaper than tickets to our local movie theater. Back then, I assumed the Rangers wouldn’t make it to the playoffs. Today, several members of my family, including my mother-in-law, Nancy, remain intensely loyal. Nancy knows more about the team than anyone I’ve ever met, and she rarely (if ever) misses a game on television. She firmly believes the Rangers can finally break through this season and win it all. I, for one, believe her. As for the Astros, I hope they make a run at the World Series in 2017. But if it doesn’t happen, just wait till next next year. 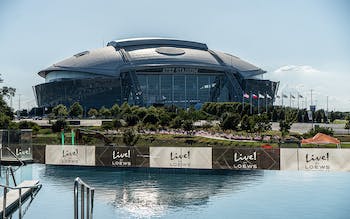