On April 8 AMC will air the first episode of The Son, a new series based on Austin resident Philipp Meyer’s best-selling Texas epic of the same name. Meyer, a graduate of UT-Austin’s Michener Center for Writers, serves as an executive producer.

Texas Monthly: There’s a long history of literary writers who go to Hollywood and have awful, soul-crushing experiences. How has your experience stacked up against that?

Philipp Meyer: That’s a very common experience, probably the most common experience. I think I got extremely lucky. AMC knew exactly what they were buying; they wanted all the same things for the show that I did. But I think that’s very unusual.

Hollywood is a strange intersection of art and business, and the business is by far the most important part. I think this is what demoralizes so many literary writers. But I spent a couple years working on Wall Street back in my twenties, so when I arrived in Hollywood I wasn’t exactly wise, but I think I had a very practical view of things.

What surprised me was how much work goes into getting a show bought, developed, and made. It was like launching a start-up company. Less than 1 percent of the time I put into the show was actually spent writing.The other 99 percent was entrepreneurial or political or logistical. You’re trying to convince hundreds of people to go along with your vision, while also making sure that, with each person you bring on board, your vision isn’t compromised. That’s a very difficult needle to thread. Every new person you bring on has the potential to destroy your show. We walked away from several producers who loved the project but whom I knew would end up making it theirs, and it would stop being mine.

Still, it takes four hundred people to make a TV show, and you’re not going to agree with all of them. Because there’s so much money at stake, there’s constant pressure to do things that have been done before. There’s a pressure to do things by committee, so everyone feels covered if something goes wrong. But that’s not how you make good art. You don’t make good art by compromising and making sure everyone is happy. There has to be a singular vision. 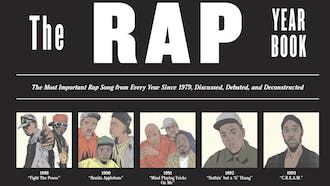 AMC’s Love Affair With Texas Continues With ‘The Rap Yearbook’ 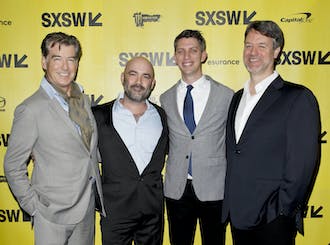 Why Is AMC So Obsessed With Texas? 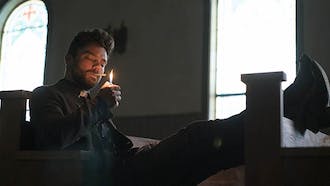