Q: Save for the occasional business dinner or night out with my special lady, I don’t go to nice restaurants very often. But whenever I do, I usually order a big ribeye or New York strip. The descriptions on the menu always make my mouth water, but then the steaks turn out to be merely good or just so-so. I usually walk away somewhat satisfied, thinking to myself that I can grill a far superior steak at home at a fraction of the price. Shouldn’t high-priced restaurant steaks be better than the ones I cook in my own backyard?
Cameron Rossi, Fort Worth

A: Like you, the Texanist, after having succumbed to the lure of good menu prose, is occasionally left with a postprandial feeling of victimization at the hands of a pricey but subpar restaurant steak. He believes strongly that when frogskins are outlaid for particular goods or services, the quality of those goods or services ought to, at a minimum, match the value of the greenbacks exchanged for them. Whether he shells out five bucks for a carton of night crawlers or fifty simoleons for a fancy steak, he expects the store-bought worms to catch fish and the restaurant steak to be juicy and deliciously satisfying. When he doesn’t catch fish or enjoy his steak, he is disappointed. The crux of the problem can sometimes have to do with differences of opinions about “quality” and how it is defined. Some bait shops sell worms that just don’t attract fish, and some chefs think a steak is at its best when it is cooked, sliced up, stacked on top of pungent horseradish-infused garlic mashed potatoes, drenched with a port wine and aged-blue-cheese reduction, and topped with an edible flower. The Texanist prefers worms that catch fish, and this is not how he likes his steak prepared. Any semi-able-bodied person can dig up earthworms for free or grill him- or herself a tasty steak for a fair market price (minus the cost of a splash of Worcestershire, a brushing of olive oil, and a liberal sprinkling of salt, pepper, and garlic). When these tasks are handed over to the “professionals,” the belief is that the quality of the steak and/or worms will somehow be ratcheted up along with the price. But this is not always the case. The Texanist doesn’t know how you like your worms to function, but like you, his favorite steaks are prepared by way of the DIY method at home in the backyard. Next time you’re putting on the ritz come dinnertime, maybe try the fish.

Q: If you had a Canadian cousin who had never been south of Lake Erie and who wanted to come visit you in Houston for a week in the near future, when would you recommend she make the trip? I prefer fall, but my husband thinks the springtime would be better. We agree that summertime just seems cruel. So, what’s the best time of year for a trip to Texas?
Judy Taylor, Houston

A: The Texanist is perfectly acclimated to all seasons in Texas, but the time of year he loves most is spring. And now that he thinks about it, summer. And, upon further reflection, fall and winter too. And then spring again. And so on. This is probably the result of generations of adaptation to the sometimes harsh but oftentimes pleasant Texas climate. Your Canuck cousin is a stranger to this land, and you and your husband are probably smart to rule out summertime for her visit, even if downtown Houston does have those cool subterranean tunnels. The Texanist has heard stories of unprepared Canadians spontaneously combusting on days most Texans would consider to be fairly mild. Poof, just like that. Fall could work. She’d probably enjoy experiencing the thrill of a Texas-style football game. And she could also enjoy the thrill of a halftime Texas-style Frito pie. Who wouldn’t like that? Of course, fall brings with it the risk of a blue norther suddenly rolling through. And even a resident of the Great White North, the land that spawns blue northers, would be unpleasantly surprised by an abrupt 60-degree dip in the mercury. The Texanist thinks spring is the perfect time for anyone to visit Texas. Everything is green, the wildflowers are in bloom, and the temperature is usually mild enough that Canadian visitors aren’t yet in danger of going poof.

Q: I grew up near Abilene but have lived in Seattle for forty years. I’ve lost most of my Texas accent, but when I travel back home to see family, I fall back into my old speech habits very quickly and very thickly. Is this a common occurrence?
Wilson Tyler, Seattle, Washington

A: Yes, it is. In fact, all Texans come equipped with the ability to adjust their accents to suit the company in which they find themselves. Turning up one’s twang, as you do when visiting home, is known as gilding the lilt.

Q: According to the great Waylon Jennings song “Bob Wills Is Still the King,” Wills still rules over Texas. But I also know that George Strait is widely referred to as King George. Who’s the king—Wills or Strait?
Paul Bennett, Austin

A: Waylon released  Dreaming My Dreams, the album on which “Bob Wills Is Still the King” appears, in 1975, the year of Bob’s demise. Strait Country, George’s major-label debut, was released six years later, in 1981, and then, of course, followed up by a gazillion other great records. But rather than it being a case of George’s ascending to Bob’s throne, the fact of the matter you raise is that Bob Wills is the King of Western Swing and George Strait is the King of Country Music. All hail the kings. Long may they reign.

Q: While driving on Texas Highway 29 in Burnet County, I noticed a sign for the town of Oatmeal. I’ve heard of some other strangely named Texas towns, but this was a new one. Is there a listing of Texas towns with funny names somewhere?
Tom Johansen, Georgetown

A: Texas is so full of towns with funny place names that there are in fact numerous books on the subject. There are also maps, which include this information too. Sometimes when things are slow at the office or he’s finished all his chores at home, the Texanist will sit and peruse the map for a while, noting all the unusual and funny things he sees. Oatmeal is a good one, but there are also Raisin, Bacon, and Coffee. And Coffee City. And in no particular order, Noodle, Ding Dong, Dime Box, Cut and Shoot, Gun Barrel City, Gunsight, Point Blank, Kermit, Telephone, Loco, Notrees, Best, Cool, Smiley, Sweet Home, Grit, Joy, Wink, Fink, Bug Tussle, and Turkey. And Nimrod, Uncertain, North Zulch, and Zipperlandville. Oh, Jot ’Em Down! No, the Texanist wasn’t asking you to transcribe this list. Jot ’Em Down is just another funny town name. There are plenty more where these came from, so when you find yourself with a little time to kill, pull out your map. And be sure to let the Texanist know if you find any other good ones.

From the Desk of the Texanist: If upon taking in the illustration accompanying this month’s installment of the Texanist you thought to yourself, “Hmm, this looks familiar,” it’s because the image first appeared on this page back in July 2009. It’s the handiwork of Jack Unruh, the supremely talented Dallas artist who, in his singular style, has brought the Texanist to life since the column’s inception, in July 2007. Over the course of nearly nine years and some one hundred columns and one-off appearances (who could forget “The Texanist’s Parenting Quiz,” from September 2012?), he’s never failed to deliver a colorful and unique perspective to the subject matter at hand. Unfortunately, Jack is currently under the weather and wasn’t able to make his distinctive contribution to this month’s column. On behalf of Texas Monthly and David Courtney, please join the Texanist in wishing Jack good health and a speedy return to his drawing board. The Texanist just isn’t the Texanist without him. 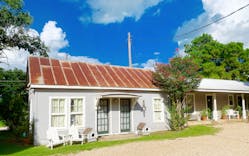 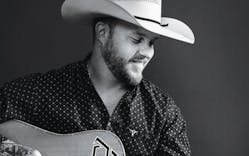 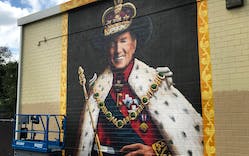 The Texanist: Is “Steak Night” a Texas Thing?