Over the past several decades Texas has gone through such dramatic change that the state barely resembles the Texas of, say, the fifties. No one has tracked these shifts more closely than Steve H. Murdock, the former state demographer and director of the U.S. Census Bureau and current director of Rice University’s Hobby Center for the Study of Texas. This month he and his colleagues will publish Changing Texas: Implications of Addressing or Ignoring the Texas Challenge(Texas A&M University Press), much of which is dedicated to predictions of what Texas will look like in the year 2050. To help us illustrate the changes that have transformed and will continue to transform Texas, we asked Murdock to draw on his trove of data to portray the average Texans of two very different years—1950 and 2050.

• In 1940 the majority of Texans—55 percent—lived in rural areas, in keeping with the long-held stereotype of our state. But a mere ten years later, the number had already dropped to about 37 percent, while 44 percent lived in metropolitan areas. Today the vast majority of Texans—88 percent!—live in metropolitan areas. That number isn’t likely to change much by 2050.

• Though the Census Bureau didn’t keep track of race in great detail 64 years ago, the best estimates tell us that non-Hispanic whites made up 71 to 75 percent of the population, while blacks accounted for 13 percent, Hispanics 12 to 15 percent, and “Asian and Other” less than .5 percent. A century later, non-Hispanic whites will account for only 22 percent of the population, blacks will drop to 9 percent, and “Asian and Other” will soar to 13 percent. Hispanics, at 56 percent, will be the new face of Texas.

• In 1950 the average Texan made $24,000 (in inflation-adjusted 2010 dollars). Today the number has nearly doubled, to about $45,000. But Murdock doesn’t expect that figure to budge much by 2050, because most of our population growth will be among Hispanics, whose household incomes have, for decades, stubbornly lagged behind those of non-Hispanic whites.

• The average Texan of 1950 had only nine years of schooling. The average Texan of 2050 will be far better educated, with fifteen years of schooling—just one year shy of graduating from college. But Murdock fears that this profound shift in education—democracy’s great equalizer—will not be enough to surmount our state’s similarly profound inequalities. 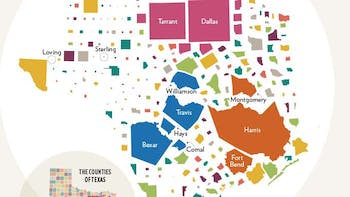 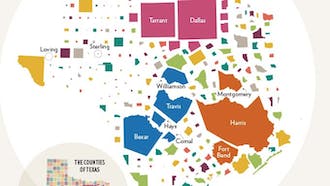 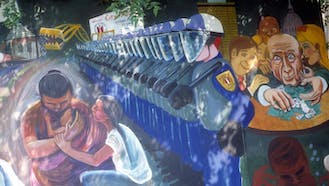