The head of the department of computer science and engineering at Texas A&M University shares her ideas for the Women’s Voices Project.

Dr. Dilma Da Silva is the head of the department of computer science and engineering at Texas A&M University. Previously, she worked in the tech industry for fifteen years, most recently leading mobile cloud computing at Qualcomm Research as a principal engineer.

When I was in graduate school for computer science at Georgia Tech, there were 160 students, and probably 10 to 15 were female. You’re not the only one, but often you are the only woman in your group. In that case, it’s not just about sexual advances, but the kind of behavior that you see day to day, like an advisor who has an implicit bias about the technical skills of women and so treats that person differently from the rest of the group.

Because there are so few women, that harassing behavior is very isolating. There often isn’t anyone to talk to about it. When women are starting, some will really try to be like the guys, in the sense of acting okay with conversation that’s a little risky, that’s not politically correct. That takes a toll. Unfortunately, it can wear you out to feel different from everyone that you work with, and a lot of women do leave the computing industry.

My approach has been to try to get students to think about harassing behavior that they may encounter, to talk to them about how to be assertive and make sure that they establish and respect boundaries. If something does happen, it’s so delicate—because you don’t want to become a pariah, to become known as the super sensitive or difficult person on the team. So it’s often more comfortable for young women to go to more senior women before going to their managers.

Larger companies have a stronger infrastructure to protect employee behavior in general, unlike some tech startups. In a bigger company, there’s more liability, so the complaints go clearly from technical and business to HR. Startup environments are where we hear much more about women being disrespected, including sexual comments, because there’s no structure about what constitutes proper behavior.

Some bigger companies have zero-tolerance policies, which, along with training, has really made a difference. Where I’ve worked, all the leaders have gone through training about the obligations that all of us have to speak up about what we see going on that is not right.

The upside to all of this is that it’s an industry that’s dynamic and growing. That gives women in engineering a choice. It allows you to be picky about where you work: you can choose an environment that is nurturing, and a place where you can rise into a management position, where you can have an impact on changing how the culture works.

When you have companies where women are CEOs, where they really have a hold at the top, it does make a difference. It has changed the culture. Now, you don’t assume that your boss will be playing golf, like the senior vice president that you had twenty-five or thirty years ago. The traditional vice president that we have now is a woman that has teenage children, and has a very different life. 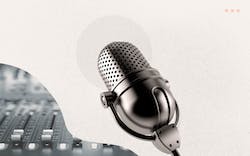 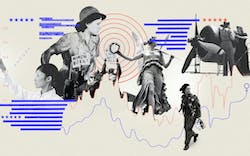 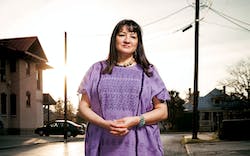 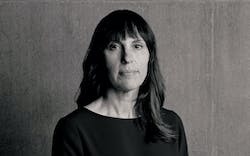