Austin’s never been known as a hip-hop town. It’s had plenty of rappers grinding over the years, but when it comes to reputation, it’s no Houston. Heck, it’s not even Dallas. But the LNS Crew—made up of rappers Tank Washington, Kydd Jones, and Cory Kendrix—have been representing the city for years. And though the group have since gone nationwide (Jones moved to Atlanta, Kendrix to Denver), Washington remains in Texas.

As Washington prepared the release of his most recent album, Pain, earlier this year, he and younger brother Jones knew they had to pay tribute to the man who raised them right off the bat: Jones sent Washington a beat he’d made about a month before their father died of lung cancer, and Washington heard in it something that captured his family’s emotions.

“My dad died of lung cancer, and this is my way of letting it go and saying farewell and R.I.P. to him,” Washington explains of the song, which he recorded a month after their father passed. He and producer Scott Pace were in the studio when he found the track. “I started going through some of Kydd’s beats that I had. I’m a fan of soulful samples with Southern drums, and so when I heard the beat, I definitely felt inspired,” he says. “As strange as it seems now, at first I thought I would write a song about women over the beat—but Scott encouraged me to come up with something more unique, so I dug deeper in my emotions to come up with the hook.”

In the video for the song, presented exclusively by Texas Monthly, Washington embodies that feeling, walking among the tombstones and pouring out a bottle as he recounts the lessons learned from his father over Jones’s low-key beat and stuttering drums.

“What’s crazy is that a lot of people actually slept on that beat,” Jones says. “I met back up with Tank after coming down to Austin for our father’s funeral, but the track didn’t end up getting cut until after I went back to Atlanta. I didn’t really think that it would become the type of song that Tank made it into, but it was dope. I probably teared up a little. The song felt perfect, and meant to be, so we ran with it.” 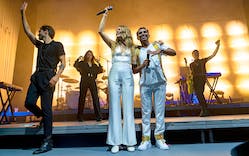 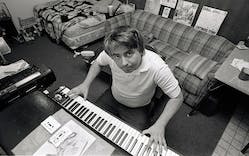 Daniel Johnston Will Live On In Ways Few Artists Get To 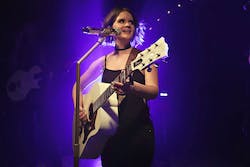