Kam Franklin, who lives in Houston’s Third Ward neighborhood, is the lead singer of The Suffers. This is her account of evacuating Houston ahead of Hurricane Rita.

At the time Hurricane Rita hit in 2005, I was living in League City. This was shortly after Katrina had happened, so when they said to evacuate it was like, okay, let’s evacuate. I had a bunch of friends who were in college at the University of Texas at San Antonio, so I was going to crash with them. In my mind I’m thinking that this will be like any other drive from Houston to San Antonio, so I’ll be there in three or four hours. We got on 45 and it took three hours just to get from League City to Pasadena. In Pasadena traffic came to a complete stop. I thought, man, there must be an accident or something. And the next thing I know, twelve hours have passed by.

Fortunately we were next to a Walmart, so were were able to hop over the freeway barrier and go there to pee and get water. At some point we realized the reason we were stuck was that people were running out of gas on the highway. Some people were dying in their cars because it was so hot. We were told to get gas and head out of town, but nobody was expecting people to run out of gas on the highway and get stuck.

Finally we got to Houston, and it got really bad again where we had to exit I-45 onto I-10 West. At that point I could have gotten out and walked faster than we were going, but I didn’t want to turn around and go back to League City because they were saying it was going to take a direct hit from Rita.

We didn’t get to San Antonio until the next day. That’s when we found out Rita didn’t make a direct hit. I’m so grateful it didn’t turn out to be as bad as we feared, even though it was so frustrating to be stuck in traffic. But I was like, you know, the next time this happens I’m not evacuating. So during Ike, I didn’t evacuate. Our house got some damage, and we went without power for a few weeks, but we were fine. 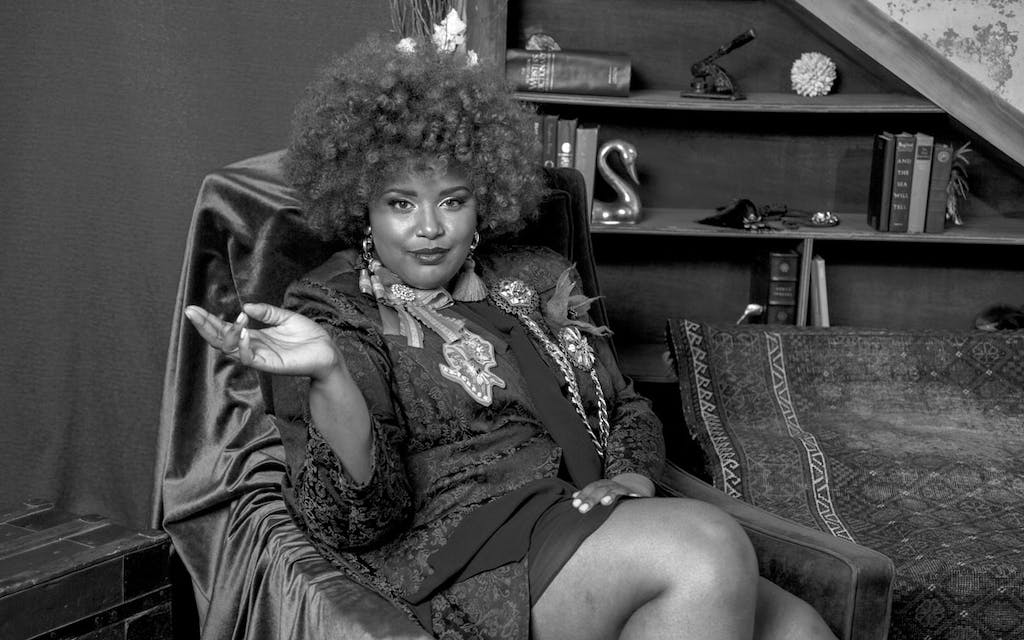 I knew the decision not to evacuate for Harvey was 100 percent right. When the floods came, everyone could see how fast the water rose on the freeways. If there had been a mass evacuation, people would still have been on the roads. I’ve had all these people commenting on my Twitter feed, and I always look at where they live. There was some lady from Charleston, South Carolina comparing this to Hurricane Floyd and how they were able to evacuate for that. Charleston has I think 150,000 people? It’s like, I can’t listen to you, you don’t know what the fuck you’re talking about.

I think Governor Abbott didn’t know what he was talking about either [when he recommended evacuating Houston]. Unless he’s lived in Houston during a hurricane and tried to evacuate, he doesn’t know. It’s very easy to say Houston should evacuate. I can’t listen to someone who doesn’t live here and hasn’t been through this. I feel like Mayor Turner made the right decision in telling people not to evacuate. If we had tried to evacuate I think we would have died on the damn freeway. There could have been so many more casualties than there were, and I’m glad I wasn’t one of them. I think the mayor saved thousands of lives, considering how fast that water rose. People would still have been on the road now when Harvey hit, even if we had started evacuating two days prior.

It’s very easy to judge people who are in a situation you’ve never been in. Right now isn’t the time to argue over who said what and when, because we’re still in the middle of this. Unless you’re here trying to help people, I don’t think you should be preaching about it. I’m know I’m going to try to help the best I can. — as told to Michael Hardy