The Mall of America, the largest indoor shopping center in the United States in Bloomington, Minnesota, had never hosted a black Santa for its Christmas festivities since it opened in 1992. This year the owners of the Mall of America’s Santa Experience decided to change that and sought out multicultural Santas to add to their roster. That search resulted in the discovery of Larry Jefferson, a retired U.S. Army veteran from Irving who’s been working as Santa throughout the DFW area since 1999. After meeting another Santa from the Mall of America at a Santa convention in Missouri, Jefferson was interviewed and hired to work at the shopping behemoth for four days.

Although most families welcomed this historical inclusion on the Mall of America’s Santa roster, others weren’t pleased about what they believed to be an inaccurate portrayal of a fictional character. According to the Huffington Post, reports of Jefferson’s time at the Mall of America were flooded with racist comments, but the “Grinches”—as Jefferson refers to them—haven’t stopped him from continuing to spread holiday cheer now that he’s back in Texas.

This is a busy time of year for Jefferson, or Santa Larry, but we managed to catch up with him talk about his experience.

This interview has been edited for clarity.

Doyin Oyeniyi: How long have you been Santa, and how did you get started?

LJ: I’ve been Santa since 1999. But when I was a child, when my father hurt his back and wasn’t feeling well during the Christmas Eve time period. He asked me, he said, “Larry, I need a favor.” And I said, “What’s that?” He says, “I need for you to be Santa Claus.” And I’ll never forget my eyes lighting up. I said, “OK!” And so he told me where the presents were and the bikes and all the stuff that the family had hidden in his truck and his car and in the barn. So I went and got all that stuff and quietly put it under the tree while everybody was sleeping in the house. I was supposed to wake up all my nieces and nephews and my siblings to let them know that Santa Claus had been by our house and dropped off all the toys. And when I did that, I saw the excitement in their eyes and the joy that it had brought to their hearts. It stuck with me ‘til 1999.

LJ: In 1999 was when my brother Charles was taking his boys to see Santa Claus and I said, “Don’t worry about it. I saw a Santa Claus suit in Walmart for $29.99. And I’m going to buy it and come over to your house and surprise y’all as Santa Claus.” And he’s just like, “Yeah, yeah, whatever.” Two weeks go by and guess what? I went over to their house. I got a neighbor friend of mine to drive me to Garland. And I knocked on the door and they opened the door and those boys just started screaming and jumping up and down. It was hilarious. I gave them some goodies and things of that nature and then I left. My sister-in-law called me and she’s like, “Oh my God, Larry, that was so good! I asked the boys if they knew who that was and they kept saying, ‘Yes, mommy, it’s Santa Claus! That was Santa Claus!’” And after that, I thought, “OK, that was pretty good. I’m going to have to try that again.” And that’s how I started. I still have pictures from that first Santa visit.

DO: What has that experience been like for you, being a black Santa?

LJ: You know, I’m just Santa, and it has been blessing to see all kids smile when they see me. I’m a Santa for all. Whether it’s African-American kids, Hispanic, Asian, caucasian, it doesn’t matter. It’s not about race for me. Santa is Santa. But for kids to see a Santa that looks like them is like, wow! And it’s kind of funny.

DO: What are some of your favorite parts about being Santa?

LJ: Oh! My favorite part is when I’m taking pictures with crying kids, and I sneak out of the room and the photographer has gotten them to quiet down and I sneak back into the room and I squat behind them in a chair and do the shushing motion with my finger. The picture turns out to be a magical moment in that child’s life. Especially for the parents. And putting a smile on a kid’s face.

DO: Are there any parts of the job that are your least favorite or do you not want to share those Santa experiences?

LJ: No, Santa doesn’t share least favorites. Well, I’ll probably say my least favorite is when the Grinch doesn’t want to celebrate Christmas and is unhappy with the joy that Santa is spreading. How’s that?

DO: That works. Tell me a little bit about how you became the first black Santa that the Mall of America had hired in their 24 years of being open.

LJ: Well, the owners of Santa Experience wanted to add a multicultural Santa to their team. They already had one Santa, that was Santa Sid, and then they hired three other Santas and I was one of their three. And they want to be all inclusive so all kids could see a Santa like them. They wanted parents to be comfortable with bringing their kids to see various Santas. So they did a national search and they found me at Branson, Missouri at the Santa Claus convention in July 2016.

DO: What was that experience like at the Mall of America? It’s a very high profile position and obviously it’s gotten you a lot of attention.

LJ: Absolutely. The largest mall in the nation, big stage, and they treated me like royalty. I absolutely loved it. Everybody in Minnesota was so nice to me. The owners of Santa Experience are Rachel Zulegar and Landon Luther, oh wow, they treated me like family. I didn’t see any of the backlash of people wanting to boycott the Mall of America or things of that nature, because I was in a room on the set focusing on creating magical moments and entertaining kids’ Christmas wish lists. So those parents were paying for those pictures!

DO: So you didn’t see the backlash then, but was it afterward? When did you start noticing that there were people who were actually upset that there was a black Santa?

LJ: No one told me. We might have mentioned it, but I probably read one, two, three comments online, but that was it. I shut it down, because that’s not what I was there for. I was there to entertain. I was hired to entertain the children and that’s what I did. I was there to perform, because I’m an actor. You can’t get distracted over the Grinches.

DO: What are doing for the rest of the year when you’re not Santa?

LJ: I retired from the Army Reserves down at Fort Hood. I spent about thirty years there. Then I was working for Texas Workforce Commission also. I was one of the area manager’s, office managers for several years with Texas Workforce Commission. So I just retired from TWC here this past April. That’s when I decided I was going to be full-time Santa Claus and start growing my business.

DO: So 2016 has been kind of a rough year for some people, do how do you manage to get and stay in the holiday spirit?

LJ: Yeah! Don’t you think that helps? And if you’re single and you don’t have anybody, well connect up with somebody. Connect with a church member. Find a church home. That’s what I always tell people. Find a church home and get involved with your church.

DO: Well, thank you, Santa Larry, for taking the time to talk to us. Any last words for Texas Monthly readers?

LJ: Yes. Spread holiday cheer. It’s about the birth of our savior so teach your kids about the Christmas story. 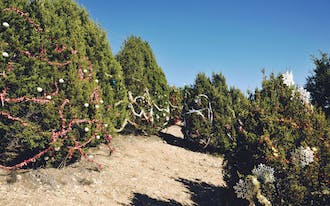 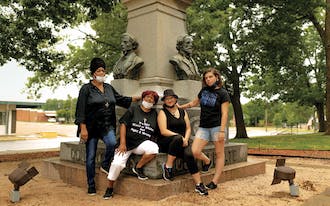