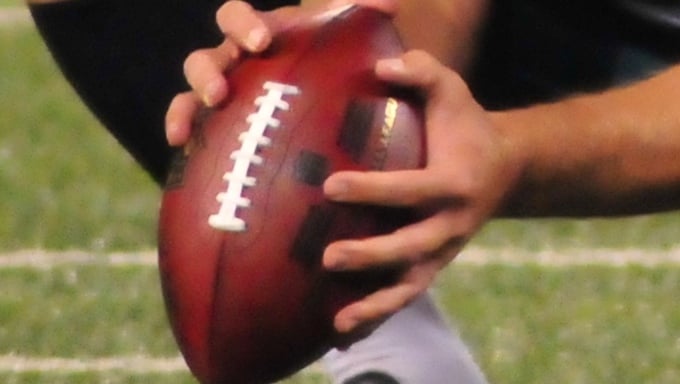 Here’s a thing that happened yesterday: Wendy Davis gave an interview to KTCK-AM sports radio in DFW in which she said that, “We wish our Cowboys the best. I grew up cheering for the Cowboys and I haven’t stopped ever since and I’ll be cheering for them again this year.” The Greg Abbott campaign quickly seized on that quote by reminding reporters in a press release that Davis’ daughter had previously mentioned in an interview with Vogue last year that the family cheers for the Patriots, which are owned by a family friend of the Davis clan:

The two propose a tour of the family’s Spanish-style town house—starting with the media room, where Super Bowl parties are held (‘Mom’s best friend is Patti Kraft, whose father-in-law owns the Patriots, so we’re big fans,’ Amber tells me).

Over on PJ Media, blogger Bryan Preston captures a screenshot from Davis’ Facebook page back in January, when the Patriots played in the AFC Championship game against the Denver Broncos, and the state senator posted “Go Pats!!!” Like the Abbott campaign, Preston seems to consider this proof that Davis is a dreaded football flip-flopper:

Wendy Davis has clearly flip-flopped here, unless her excuse is that she supports both teams. Who does she support when the Cowboys and the Patriots face each other? Texans have a right to know.

Houston is a major Texas city. Like Dallas, they have a team that pretends to be in the NFL. What is Wendy Davis’ opinion of the Texans? Or “Tak-sans”, as she pronounces the word?

Texans are big hearted and can forgive lots of things, but lying about football? That crosses a bright chalk line.

Of course it’s possible to support both teams, and Davis has a reasonable claim for why she might: She moved to Texas in 1973, when she was eleven years old, and has lived in the DFW area for most of her life, including during the formative mid-seventies run of the team under Tom Landry. Meanwhile, a close friend’s family owns the Patriots, which would probably inspire some loyalty in most people. The Patriots and the Cowboys are in different conferences and meet only once every four years, so it’s not like the two are rivals.

But it all gets sillier than the accusation that Davis is somehow “lying” because she potentially roots for two teams who last met in the regular season in 2011. MySA.com pressed Abbott to reveal his favorite team, and the nominee offered an answer that revealed split loyalties of his own:

“Having spent considerable time living in both markets, he has an affinity for both teams. But having grown up in the shadows of the Cotton Bowl when the Cowboys played at that stadium, he remains a diehard fan. Either way, he’s no fan of liberal New England politics or their football team,” Hirsch said.

Like Davis, Abbott is certainly capable of holding both teams in his heart (though it’d be interesting to hear who he plans to support when the Cowboys and the Texans meet in Arlington on October 5), and it’s good politics for a candidate for statewide office to claim an allegiance to every professional sports team in the state, to avoid needlessly alienating potential supporters over something trivial. At the same time, there’s something goofy about a candidate who earlier that day insisted that his opponent was a flip-flopper for professing herself to be a fan of the Cowboys and the Patriots subsequently claiming two teams of his own.

All of this is ultimately very silly, of course, but it does speak to how easy it is to mess up one of the simpler-seeming political manuevers: the local football team pander.

Sam Brownback learned that when he was booed in 2007 by a crowd in Wisconsin during his aborted presidential campaign. His crime? Employing the wrong pander to the wrong audience:

The GOP presidential hopeful drew boos and groans Friday at the Wisconsin Republican Party convention when he used a football analogy to talk about the need to focus on families. “This is fundamental blocking and tackling,” he said. “This is your line in football. If you don’t have a line, how many passes can Peyton Manning complete? Greatest quarterback, maybe, in NFL history.”

In 2007, Wisconsin was very firmly Brett Favre country, and the gaffe actually derailed the rest of Brownback’s speech.

Oops, wrong team to mention in Wisconsin, once described by Gov. Tommy Thompson as the place “where eagles soar, Harleys roar and Packers score.” Realizing what he had said, the Kansas Republican slumped at the podium and put his head in his hands. “That’s really bad,” he said. “That will go down in history. I apologize.”

His apology brought a smattering of applause and laughter. He tried to recover, saying former Packer Bart Starr may be the greatest of all time, but the crowd was still restless. “Let’s take Favre then,” Brownback said. “The Packers are great. I’m sorry. How many passes does he complete without a line?” “All of them!” more than one person yelled from the back. “I’m not sure how I recover from this,” Brownback said. “My point is we’ve got to rebuild the family. I’ll get off this.”

Brownback drew hecklers and boos for a line that, if he’d delivered it in Indiana, would have been a major applause line. But even leaving aside the difficulty of keeping straight exactly where you are when employing a football reference in a national campaign, there can be risks to modifying your pander to suit the regional team.

That’s something that John McCain learned in his 2008 campaign, when he told a crowd in Pennsylvania a story about what happened to him when he was a POW in Vietnam. “When I was first interrogated and really had to give some information because of the physical pressures that were on me, I named the starting lineup, the defensive line, of the Pittsburgh Steelers as my squadron-mates,” McCain told KDKA-TV in Pittsburgh. It’s a story so great that, when McCain wrote about it in his memoir, he also used it—but outside of Pennsylvania, the linemen involved playes for the Green Bay Packers:

“Once my condition had stabilized, my interrogators resumed their work. Demands for military information were accompanied by threats to terminate my medical treatment if I did not cooperate. Eventually, I gave them my ship’s name and squadron number, and confirmed that my target had been the power plant. Pressed for more useful information, I gave the names of the Green Bay Packers offensive line, and said they were members of my squadron. When asked to identify future targets, I simply recited the names of a number of North Vietnamese cities that had already been bombed.”

Sports are ultimately insignificant in the larger scheme of the world, which is what makes these sort of failed attempts at pandering worth remarking on. You can learn a lot about someone’s integrity when you hear what they have to say when they’re talking about something that means nothing. Abbott’s pander to Texans and Cowboys fans was well-executed, if a shade hypocritical in light of his shots at Davis; Davis’ own skill on the issue remains inconclusive until she weighs in on where she ranks the Texans on her scale of favorite teams. (If she places them above the Patriots during this campaign season, she gets an F.) All of this is silly, but how people respond to silly things reveals a lot about their character.