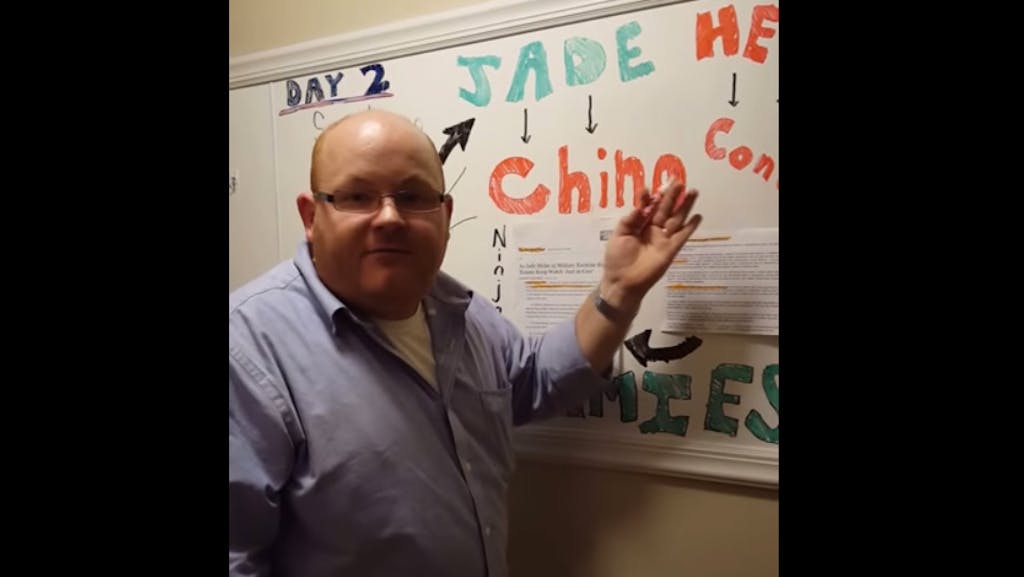 Although there are plenty of websites spouting Jade Helm paranoia texts, the true gold mine is on YouTube. To name just a few out of thousands of videos: “Jade Helm FEMA Camp: Walmart Founder Sam Walton TRUTH EXPOSED!”; the Baptist sermon “Upgraded Storm Warning: Jade Helm 15 and Other Signs”; and one of a great many from Austin’s own old paranoiac stand-by Alex Jones: Military Lied! Jade Helm Is Training To Kill Americans Who Resist. But one man’s satirical take on all of these turned into, well, a lot of people’s truth.

Everybody’s got their pet theories: Obama is coming in to take our guns and extend his last term in office indefinitely. The Blue Bell shutdown is a key part of the plan. It’s some sort of LGBT scheme. Or maybe it’s ISIS, the Chinese, or the Russians.

Sam Walton’s retail empire has been the setting for most of these nightmares. As you’ll recall, when a few Walmarts mysteriously closed in March, tales began emerging that they were being repurposed as FEMA detention camps for anti-Jade Helm patriots whose names were on the Feds’ “Red List.”

That was how San Angelo nursing student and former Army combat medic Kris Martin chose the setting for his video “Sam’s Club in San Angelo, Texas – PROOF OF JADE HELM!”

Black tarps on fences with cardboard boxes inside! Shipping containers marked “Tex”! Ninjas inside that can take our guns! A fleet of big rigs belonging to the Knights Templar! And, of course, all of these signs can be found in the San Angelo Sam’s Club parking lot, which is controlled by minions of Sam Walton.

So yeah, obviously satire, right? Not to everyone.

He is NOT “clearly joking”. That is not a woman, it is a young girl trying to keep her face away from the camera. She probably has a crazy father and is trying madly to not be recognized. I have NEVER met more simple minded people than I have in Texas. Is the whole state daft? No, but ignorance reigns supreme.

this guy is freakin stupid… seriously sams club has been redoing stuff in the store. how dumb can you get. shit i have a friends dad that works there and nothing is happening there with “jade helm”

My God ..what an Idiot..The containers in the video are full of materials for the re-model of the store..My ex-husband is a truck driver and his company delivered them..They did the same thing at the Wal Mart store where I shop..new floors and fixtures…GET REAL

Enough people have asked “Is this guy for real?” for Snopes.com to weigh in. Their conclusion: satirical.

Of course, eagle-eyed conspiracists will point out that the Jade Helm parody is clearly a disinformation operation, as everyone knows that FEMA death camps are being constructed at Walmart (and not Sam’s Club, as the obvious government shill seen on camera would have you believe).

To get the real skinny, I called Martin, whose video has now been viewed about 150,000 times. “At first I thought it was just gonna be a funny thing to amuse five of my friends on my Facebook page,” he said in a drawl an order of magnitude weaker than the one he uses on-screen. “We’d just have a little giggle, but it’s been amazing to me that it’s blown up into what it is. I’m having fun with it.”

Martin says he’s astonished that anyone took him seriously, much less hundreds, maybe even thousands, of people. “I was thinking my character was somewhat believable until I brought in the ninjas, but some people are thinking I’m serious and maybe just being hyperbolic, just trying to make a big point […] There was a guy who wrote me a long email response that was all, ‘You are one of the few who get it,’ and ‘Thanks for standing up for the right thing,’ and I was like, ‘I don’t even know what to say to that.’”

The vast majority of San Angelo’s citizens know that this is just a drill, Martin said, but this week the New York Times found a few people in nearby Christoval who aren’t buying what the Pentagon is selling.

“There are a few guys in Christoval who seem to really believe that the government is really gonna come and take their guns,” Martin said. “But for the most part most of us are aware that we are gonna be okay a month from now.”.

But it did give him some fodder for his latest video on his YouTube channel Get Right America: “EVERYTHING YOU NEED TO KNOW BUT NOONE IS TELLING YOU ABOUT JADE HELM 15.”

Although he’s just a satirist, Martin says he is seeing “signs” of the Jade Helm Doompocalypse everywhere, just as the true believers have thrown everything from the Memorial Day floods to the Blue Bell shutdown into the gaping maw of this grand conspiracy.

15 Items to Add to Your Winter Emergency Kit