—San Antonio Spurs coach Gregg Popovich to reporters before Saturday night’s game against the Cleveland Cavaliers, according to the San Antonio Express-News. Popovich took a break from game prep to weigh in on our forty-fifth president.Popovich has been one of the sports world’s—and one of Texas’s—most vocal critics of President Donald Trump. 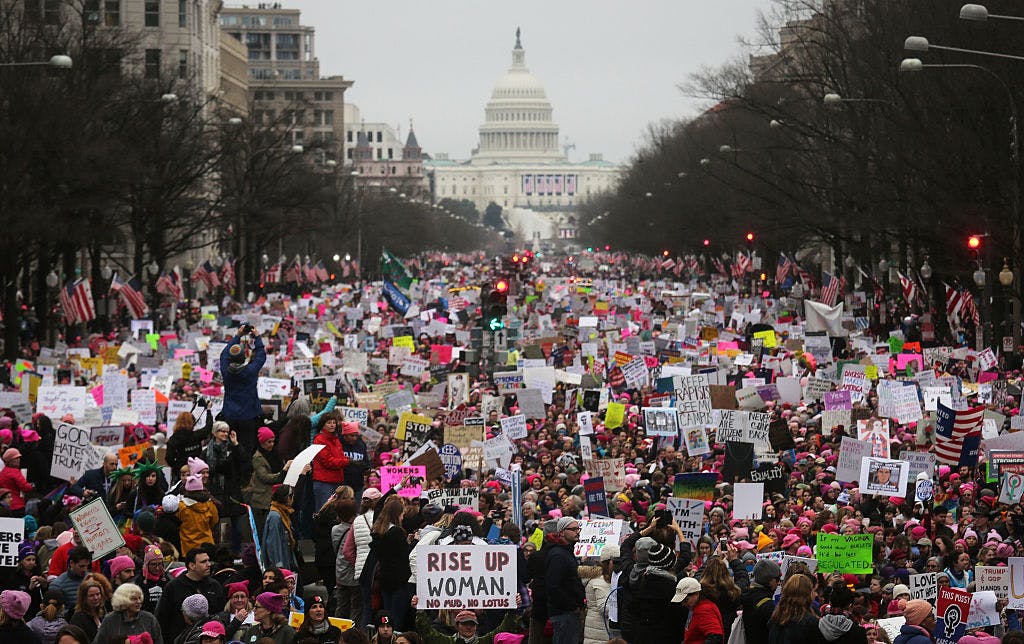 Girl Power
Over one million women showed up at various women’s marches throughout the country on Saturday, rallying for women’s rights on President Donald Trump’s first full day in office. And Texas women were a big part of the movement. Some of them gathered in Washington, D.C., for the main event, according to the Houston Chronicle, but plenty showed out at sister marches right here in the Lone Star State. The numbers are impressive: 50,000 marchers packed the streets in Austin; 22,000 gathered in Houston; as many as 9,000 in Fort Worth and 8,000 in Dallas; more than a thousand in San Antonio; 2,500 in Denton; at least 1,000 in El Paso; 500 in Amarillo; 350 in Lubbock; more than 300 in Brownsville; hundreds in Beaumont and Nacogdoches; 200 in Abilene; more than 150 in Wichita Falls; about 100 in Corpus Christi; about fifty people marched in Midland, and another fifty in College Station; and even in cold, rainy Alpine, nearly 100 marchers trekked about 1.5 miles up a hill.  The aerial view pictures from the Austin march, courtesy of the Austin American-Statesman, are particularly stunning—marchers swarmed the Capitol grounds, taking up almost every patch of grass and pavement. According to the Texas Tribune, the marchers spanned generations. One marcher’s 85-year-old mother knitted pink “pussy” hats—a response to Trump’s Access Hollywood comments—for her family members, and a seventh-grade girl in Austin told the Tribune, “we still have a lot of hope.”

New Management
Hours after his inauguration, the Department of Justice moved to delay a hearing in its court battle challenging Texas’s voter identification law, according to ProPublica. The request was granted. The DOJ’s sudden case of cold feet doesn’t appear to bode well for the lawsuit’s plaintiffs, who say the ID law discriminates against minorities. Previously, the DOJ argued that the law violated the Voting Rights Act. Chad Dunn, attorney for the plaintiffs, told ProPublica that he thinks Trump’s Department of Justice will “spend the next 30 days figuring out how to change its mind.” And Steve Vladeck, a professor of law at the University of Texas School of Law, told CNN that “there’s nothing unorthodox about the Justice Department buying itself a little bit of time to figure out whether it wants to stake out a new position. But the fear for the groups is what that position might be.” The new hearing has been rescheduled for February 28.

You’ve Got A Friend In Me
After a rocky confirmation hearing two weeks ago, it looks pretty likely Texan and former ExxonMobil CEO Rex Tillerson will be confirmed as Donald Trump’s pick for Secretary of State, according to Politico, Tillerson has won the support of Arizona Senator John McCain and South Carolina Senator Lindsey Graham, who were both among Tillerson’s toughest critics. McCain—who, earlier this month, said he’d only support Tillerson’s confirmation when “pigs fly”—told ABC News on Sunday that he will, in fact, be voting for Tillerson (just to be safe, we checked the weather reports and didn’t find any evidence of airborne pigs). In a joint statement, McCain and Graham said that they “still have concerns about [Tillerson’s] past dealings with the Russian government and President Vladimir Putin,” but they “believe that Mr. Tillerson can be an effective advocate for U.S. interests.” Florida Senator Marco Rubio, who grilled Tillerson at the confirmation hearing, still seems to be an anti-Rex holdout, as he hasn’t made public whether or not he’ll go for Tillerson in Monday’s confirmation vote by the Senate Foreign Relations Committee.

Bush Update
Former president George H.W. Bush has been in a Houston hospital for more than a week now while receiving treatment for pneumonia, and, as of Sunday, he’s still in the intensive care unit but is doing much better, according to the Dallas Morning News. A statement released by the family on Sunday said Bush’s condition continues to improve, his vital signs are normal, and he could be out of the ICU sometime today or Tuesday. He had a breathing tube removed on Friday and has been able to breathe well on his own since then, a family spokesman said. Bush’s wife, Barbara, who was also hospitalized with bronchitis, reportedly could have been released on Sunday but opted instead to stay another night to be with her husband of 72 years. “Finally for today, the Bushes are concerned about making sure they thank their well-wishers for their kindness, and especially their prayers,” the statement also said.

The question everyone is too afraid to ask: what if Houston floods during the Super Bowl? Houston Press