Since the Baker Hotel closed, in 1972, its decaying facade has loomed over Mineral Wells, a de facto memorial to the area’s glory days as a premier spa resort destination. At fourteen stories, the Spanish Colonial Revival structure boasted 450 guest rooms when it opened, in 1929, drawing celebrities such as Will Rogers, Clark Gable, and Judy Garland, as well as famed outlaws Bonnie and Clyde. Now it sits empty, as do many of the buildings in its shadow. The renaissance that some of the state’s small towns are experiencing has yet to happen here, despite its proximity to Fort Worth, about an hour away.

Locals have long pinned their hopes on the rebirth of the city’s most famous landmark. For the past eleven years, developers from nearby Southlake have been working to bring the Baker back to life. La Corsha Hospitality Group, the firm behind the restorations of the Hotel Settles, in Big Spring, and Salado’s Stagecoach Inn, is deeply involved. But with the project still in the fund-raising stage, locals are tired of waiting. They’re already giving visitors reasons to return. Here are a few.

At the Market at 76067, which opened in October, shoppers can admire the sprawling, renovated two-story space that oozes with shabby-chic charm while browsing everything from gourmet food and clothing to antiques and home goods. They can check out the attached flower shop or grab a cappuccino or blood-​orange margarita in the Coffee and Cocktails cafe. But the 12,000-square-foot market is more than a place to shop, eat, and drink: it’s designed to help reinvigorate downtown. Market owners Randy and Misty Nix, named “Man and Woman of the Year” for 2018 by the local paper, are redeveloping several properties  in the town’s historic center. They describe their new enterprise as a business incubator of sorts; they hope that some of the roughly fifty local vendors selling at the market build up enough demand for their wares that they open shops of their own, preferably in one of the vacant storefronts nearby. 106 S. Oak Ave.

A tub at the Crazy Bath House.

At the town’s peak, in the twenties, as many as 150,000 tourists annually came to enjoy the purported health benefits of the city’s mineral-rich alkaline waters, discovered in 1881. Dozens of hotels and spas sprang up, but the tourism boom was over by the early forties, hurt by the Depression and the war. Today, the Crazy Bath House, which opened in 2013 in an early-twentieth-century home, is the only place where you can soak in the liquid that built Mineral Wells: Crazy Water from the Famous Mineral Water Company’s No. 3 well. The period renovation features so much shiplap that even Joanna Gaines might blanch. Make a spa appointment or stay in a guest room with a private tub. Don’t mind the odor from the running tap. That’s just the sulfate announcing itself. 609 NW First Ave.

It may not be open, but the Baker Hotel remains downtown’s biggest draw. Visitors gawk at its anomalous presence in a city of only about 15,000 residents; some have even trespassed to wander through the historic detritus (and dirt) that litters its floors. In 2012 paranormal enthusiast Angela Burns Morgan began to host ghost tours (no, she doesn’t go inside). Leading groups on her Baker Hotel Ghost Walk most Saturday evenings, she guarantees you’ll leave with a photo of a specter. We just wouldn’t recommend fact-checking her tall tales. Ruins the fun. Begins outside the Baker Hotel. 200 E. Hubbard.

Most businesses in the town center are closed at night. Among the few exceptions is Hole in the Wall Grill & Bier Garten, which serves dinner until 10 p.m. on Fridays and Saturdays between mid-March and late October—weather permitting, since all of its seating is outside. Tucked away in a courtyard behind favorite local lunch spot Brazos Market & Bistro, the restaurant, which opened in 2017, offers a meat-centric menu of items grilled in the outdoor kitchen (highlights include the tenderloin kebab and Prime New York strip). With its live music and convivial atmosphere, it’s the sort of place where it’s easy to meet strangers. Just saunter up to a picnic table and ask anyone there whether the town’s rebirth depends upon the Baker’s reopening. They used to say yes, they’ll tell you, but not anymore. 216 N. Oak Ave.

This article originally appeared in the March 2019 issue of Texas Monthly with the headline “No Longer Waiting on the Baker.” Subscribe today. 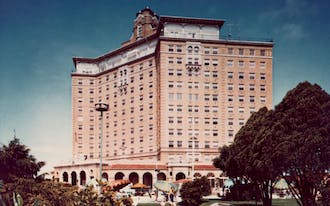 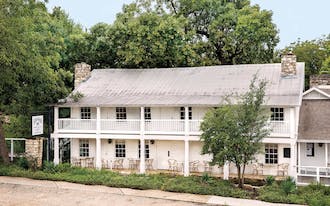 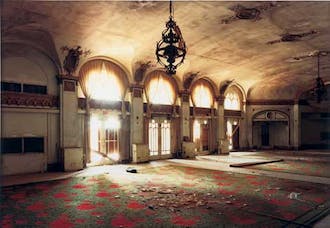