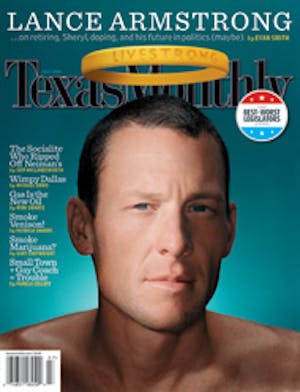 She’s searched through ancient manuscripts, dined at the finest restaurants in cities like Bangkok and Paris, and traveled through mountain villages in the Andes and Himalayas. She’s painted the Capsicum pepper genus, grown as many as 81 varieties of peppers at one time, and published books entitled The Pepper Trail and Peppers: The Domesticated Capsicums. Her name is Jean Andrews and her registered trademark name, “The Pepper Lady,” has given her more than enough authority to pen a new cookbook entitled The Peppers Cookbook.

Andrews dedicated this cookbook, chock-full of “Texas bias,” as Andrews calls it, to the long line of Texas women (she’s a fifth generation Texan) from whom she learned how to cook. The Peppers Cookbook features two hundred recipes that have been tested by Andrews—minus a few that were created by chef friends—and they all boast nutritious value. Andrews is a certified home economist with a self-purported “manic” interest in nutrition.

The first portion of this two-part cookbook details the origin of peppers (scholars think they came from central Bolivia or southwestern Brazil), their nutritional value (capsicums contain more vitamin A than any other food plant), detailed illustrations of the peppers used in the recipes, and how to select, store, peel, and use peppers (tip: wear protective gloves when working with chili peppers). Then in Part II, Andrews provides more than one hundred pages of recipes, including such savory dishes as Roasted Poblano Bisque, Chipotle-Portabella Tartlets, Couscous-Stuffed Eggplant, Creamy Serrano Dressing, and Bananas Foster Al Mexicana, which features two teaspoons of Aleppo pepper. The two indexes in the back of the book allow you to search by recipe or, if you want to find a recipe with your favorite pepper in it, by pepper type. So add a little spice to your life and take a look at The Peppers Cookbook. After all, the Pepper Lady knows best.