So you’ve downed your first twelve-point buck of the season. But don’t break out the brewskis just yet: You’ve got some dirty work to do. “The minute the animal dies, it’s starting to decay,” says James C. Kroll, a.k.a. Dr. Deer from the Outdoor Channel (and whose formal job is director of the Institute for White-Tailed Deer Management and Research at Stephen F. Austin State University). “The sooner you get the insides on the outside the better.” Before carving into the deer like a Christmas ham, first things first: Tag your kill (lest you be slapped with a sizable fine), wipe its belly free of debris (dirt does not good seasoning make), and resist the carnal inclination to slit its throat (the deer will sufficiently bleed out in the field-dressing process). Now roll up your sleeves, put on some rubber gloves, and prepare to get messy. 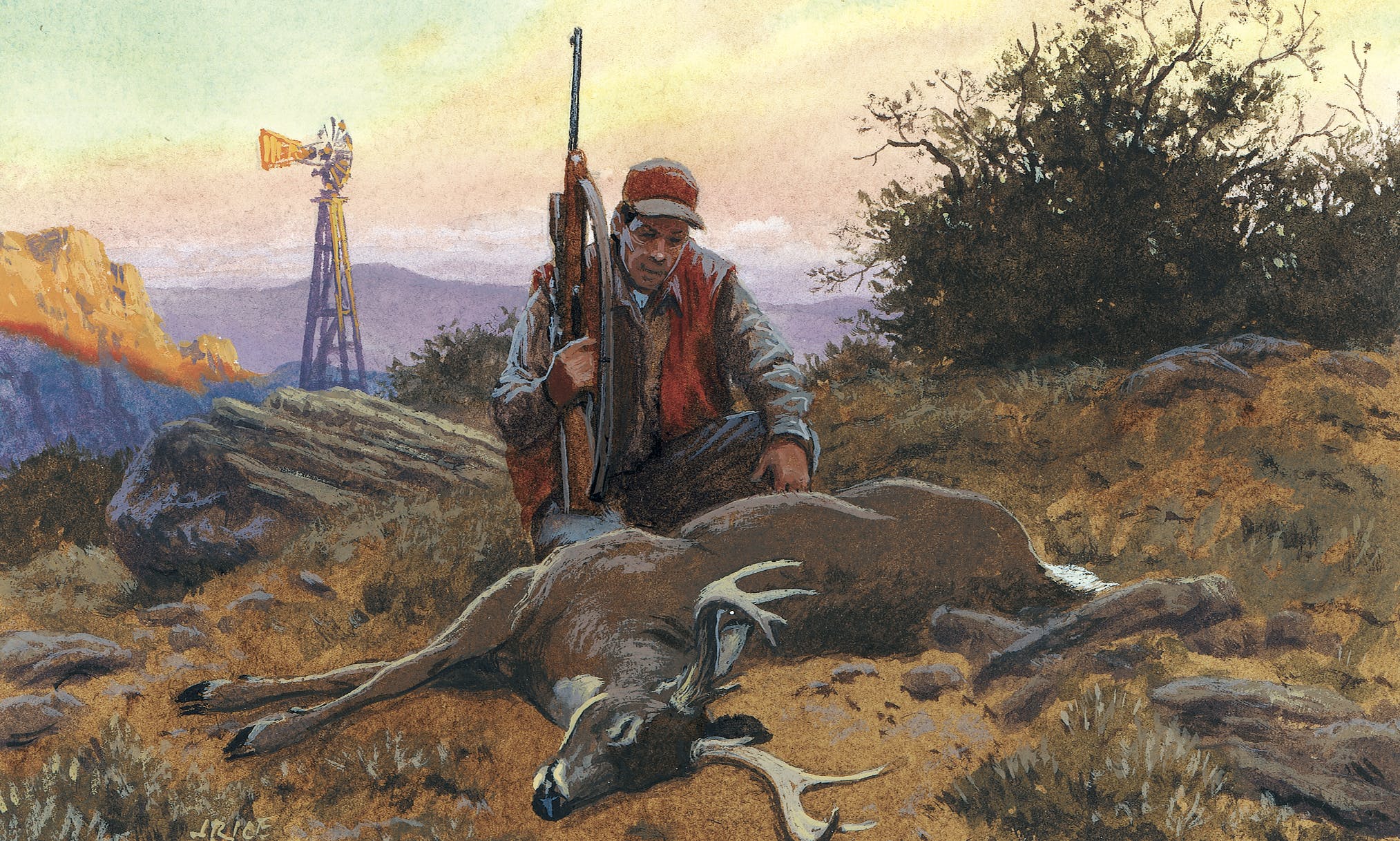 Begin with the end—the tail end. Some hunters prefer to split the pelvis for access to the rectal tract, but you can bypass this step if you aren’t comfortable wielding a buck knife through thick bone. With your paring knife, cut three or four inches deep around the anus—“It’s like coring an apple,” says Kroll—all the while being careful not to puncture the bladder (perforating it won’t ruin the meat, but, says Kroll, “it will give it an off flavor”).

Starting just below the breastbone, pierce the hide and abdominal wall. (If you’re looking to add an impressive mount to the trophy room, your cuts should never stray above the breastbone, to preserve the cape.) Go too deep and you risk rupturing the rumen, a large, white stomach chamber, and releasing a putrid green gunk. Create a V-shaped cradle for your paring knife with your index and middle fingers and slowly work the blade (which should face up and away from you) toward the pelvis while pushing down on the intestines. Remove the penis and testicles (or, if you’ve downed Bambi’s mom, the udder).

Push aside the rumen to locate the diaphragm, the thin muscle curtain that runs along the bottom ribs, and trim through it to access the upper part of the deer. Next, reach into the chest cavity, find the esophagus (it’s above the heart and feels like a garden hose), and with your free hand, slip your paring knife up to sever it. Pull the esophagus down toward the pelvis, and all the entrails, including the detached rectum, should lift right out. If connective tissue impedes progress (and it most likely will), cut through the pesky pieces until the innards are free.

Tie the rope around the deer’s neck and hang the carcass from a tree to allow the blood to drain (about ten minutes). Bag the heart and liver—to some, they are good eats—then bury the entrails or put them in a large trash bag to dispose of back at camp. “Leaving gut piles lying around just attracts predators,” says Kroll. Remove your gloves, wash your hands and arms, and if you’ve managed to keep your insides on the inside, pat yourself on the back.