ONLY A HIGHER POWER with a truly perverse streak would have deposited the Decider and the Derider in the same social circle—Houston’s close-knit private-school world—as teenagers. As the latter told me in an interview several years ago, the former “hung out with friends of mine and dated some girls I knew. I knew him to say hi.” Molly Ivins being Molly Ivins, the memory came attached to a punch line: “I have this vague claim to having known him since high school. Being an expert on George W. Bush is like Edmund Hillary and Everest: It was there. What could I do?”

Nothing the crusading, cantankerous columnist ever said about the president was a surprise—not the insightful stuff and not the mean stuff—just as nothing she’d ever said about the governor was a surprise. You always knew where she stood on the particular subject of him. She didn’t waffle or split hairs. She didn’t hold back. She certainly didn’t care what anyone else thought, or what they might think about what she thought. Come to think of it, that’s another thing she and Shrub (her dismissive nickname for him) had in common. She was, as he remains, impossibly, impressively, and maddeningly resolute.

A few weeks before Molly died—she finally succumbed to breast cancer on January 31, after battling three iterations of the disease for going on eight years—we considered calling her to take part in our all-hands-on-deck cover story, “The Test of Time”. The plan was to ask eminent biographers, presidential scholars, White House veterans of both parties, and the odd Bush watcher to venture a preview of how history will judge him when all is said and done. Because all is not said and done, there was an intensely speculative aspect to it that made it interesting and fun, and we imagined it would be doubly so if Molly lobbed one of her trademark grenades over the wall. In the end, we elected to go with people whose points of view could not be so easily predicted (Paul Begala excepted, although he, unlike Molly, could offer the perspective of someone who had actually worked for a president). But part of me regretted never finding out, for a fact, what she would have said.

And then I remembered: I’d already posed the question to her. Last fall, a bit fragile from the umpteenth blast of radiation, Molly agreed to see me at her house in South Austin for another interview. There was a lot to talk about: Her close friend Ann Richards had just died; her bumbling but beloved Democrats appeared—correctly, it turned out—on the verge of taking back control of Congress; newspapers were being downsized to death by know-nothing kids. Near the end we got to her longtime acquaintance. “What is history going to say about this guy?” I asked, using almost exactly the same words we’d put to the fifteen folks we ultimately interviewed for our story this month.

Molly didn’t hesitate. “A lot of things can be held against him,” she said, “but the monumental folly is the Middle East. It’s so bad it’s almost inexplicable. … [Former deputy defense secretary] Paul Wolfowitz testified before the war, in front of Congress, that there was no history of ethnic strife in Iraq. Couldn’t they have at least read the encyclopedia entry?”

That last line made me laugh out loud when Molly first said it, and I’m laughing again as I type these words. If you’re going to leave a legacy behind, a wicked sense of humor beats a wickedly unpopular war every time. 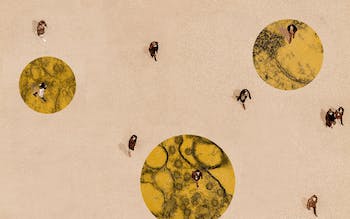 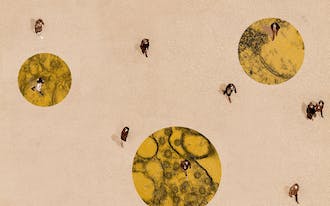