In a time when the state’s ponds are getting smaller, something big just came out of a lake in West Texas.

The worst single-year drought in Texas history has lowered water levels in lakes and rivers across the state. But with water levels down, anglers are discovering that big fish seem easier to catch in these smaller pools.

On March 25, Stacy Brookings caught a 13.22 pound pure Florida bass in O.H. Ivie Lake. That reservoir’s water levels are at seventeen percent capacity, so “some people assumed the catch was an aberration,” TPWD’s Larry Hodge wrote in a news release.

Then on Good Friday, Kyle Johnson showed that Brookings’ find was no fluke when he became the second angler in less than a month to catch a largemouth weighing over thirteen pounds in the same lake. “When she hit, she almost took the rod out of my hand. Then she took me around the boat twice,” Johnson told TPWD. (He is pictured above with the 27.5-inch bass, which he caught in in three to four feet of water.)

The reservoir is 119 feet deep at capacity, but now its deepest areas are only about fifty feet, the AP reported. “It’s way low, but it’s not a small lake by any stretch of the imagination,” Johnson told the AP. With the surface of the lake shrinking, there is “less water that you have to find (the fish) in.”

Bass like to spawn in shallow areas, so officials say it wouldn’t be surprising if more large bass like Brookings’ and Johnson’s are fished out of the state’s lakes. Both fish were donated to TPWD through the Toyota ShareLunker Program, which encourages anglers to donate largemouth bass over thirteen pounds to the parks department so the fish can be used for spawning. Eleven other such fish have been donated since December.

This comes as a speck of good news for fish in a year that was unkind to them. Last fall, state biologists began rescuing endangered fish from puddles on the beds of the drought-depleted rivers in order to relocate them to the state’s five fish hatcheries, the Associated Press reported last September. But last month came news that even these relocation spots may be in danger of drying up. On March 15, Texas Parks & Wildlife Department suspended operations at the Dundee Hatchery in Wichita Falls due to low water levels in Lake Kemp, which feeds the hatchery’s ponds. 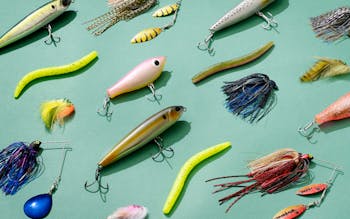 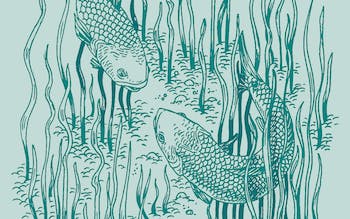