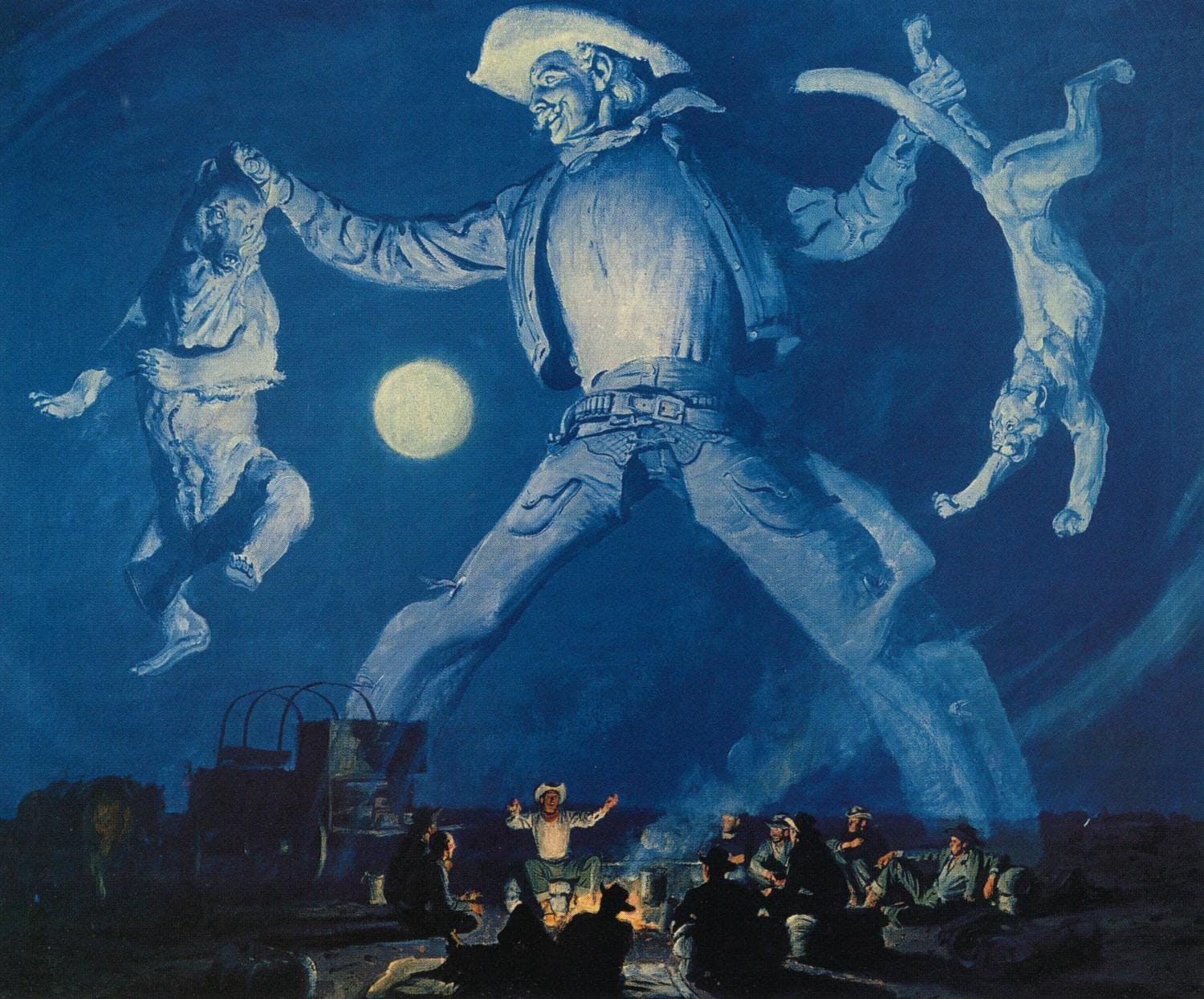 Texas history has always consisted of an equal blend of true stories and tall tales. Consider the plight of Pecos Bill, the larger-than-life cowboy hero once invoked in campfire bragfests. Alas, Bill’s mighty reputation has, since his heyday a century ago, dwindled into a shabby facsimile of its former self. Today the legendary Westerner is remembered for a few minor exploits—riding a twister, roping a cougar, spiking his whiskey with nitroglycerin—while his greater contributions to modern Texas life pass unremarked. Read on for a refresher course in the life of the patron saint of cowboys, a peek into the secret history of the original tall Texan—Pecos Bill.