BEN KWELLER WON’T BE SEEING THE INSIDE of a high school classroom this year, though he could have penned a pretty nifty “What I Did on My Summer Vacation” essay. The fifteen-year-old is the singer, songwriter, guitarist, and pianist for Radish, an astonishingly tuneful alternative-rock trio that has spent the past six months entertaining what he terms “ridiculous” offers from more than a dozen major record companies. The wooing process included visits to his Greenville home by such music biz luminaries as Elektra Records president Seymour Stein and Interscope Records founder Jimmy Iovine; on a trip to Los Angeles, Ben was granted an audience with Madonna, who courted him on behalf of her Maverick label.

The winner, however, was Mercury Records, which cut a deal with Radish that’s said to be in the seven-figure range. Long a label whose marquee acts were the likes of Bon Jovi and Def Leppard, Mercury is remaking itself under the direction of its new president, industry legend Danny Goldberg. Goldberg’s track record meant a lot to the band. “He was a big reason for the success of Led Zeppelin and Nirvana and the comeback of Kiss,” Ben says. “He and I talk a lot. We have a real good personal relationship.” Goldberg is equally effusive about Kweller. “Ben’s songwriting is really brilliant,” he says. “I think it’s extremely competitive with the best of what I’ve heard from anybody of any age.”

How to explain the prodigy’s emergence? Ben’s father, physician Howie Kweller, is a former drummer who spent some time on the cocktail-lounge circuit but looks back most fondly on his junior high school jams with guitarist Nils Lofgren in Bethesda, Maryland. Likewise, Ben started playing piano at age five and guitar around age ten—as soon as his hands were big enough. He started writing his own material shortly after, and Howie quickly realized his son was more than just your average garage rocker. “He’s so committed to it,” the senior Kweller says with pride. “Sometimes I watch him play and I go, ‘This kid’s from outer space. This is some stranger.’”

Howie was still friendly with Lofgren three decades after their school days, so this March, during spring break, Ben and his bandmates—17-year-old drummer John David Kent and 22-year-old bassist Bryan Blur—recorded three songs with Lofgren producer Roger Greenawalt at Sheffield Studios in Phoenix, Maryland. The resulting tapes attracted attention on their merits, but when the labels discovered how young Ben is, the interest became more intense.

Goldberg, for one, doesn’t think the age question is a big deal. “A lot of the great artists started to develop in their teens,” he says, citing Robert Plant, Stevie Wonder, and Bob Dylan. “Plus there’s an emotional credibility about the fact that Ben is the same age as the audience.” Of course, compared with his grown-up rock and roll growl and his surefire feel for writing hooks, Ben’s lyrics still sound a bit pedestrian and adolescent. That’s not necessarily bad—look at Alanis Morissette—but Ben is sensitive to the charge: He nixed Mercury’s first choice for a single, “Failing or Leaving” (“School’s not working today / My math teacher is gay”), because the last thing he wants Radish to be is a novelty act. “He’s very concerned about being a career musician,” Howie says. “He knows the public is fickle.”

For now, his work has just begun. Radish will kick off a Dallas-area tour this month, and on October 1 the band will mark its recorded debut with that bastion of indie credibility, a seven-inch single, featuring the songs “Dear Aunt Arctica” and “Bedtime.” Meanwhile, Ben and John will be home-schooled by Ben’s mother, Denise, a counselor who’s also a certified teacher. And though Radish’s first album is essentially finished, Ben (who has decided to perform under the nom de rock Ben K.) isn’t quite satisfied. “I think it sounds really slick and really clinical,” he says. “We don’t want to sound that commercial. They’re pretty good songs—if we could just get more of a dirtier sound.” 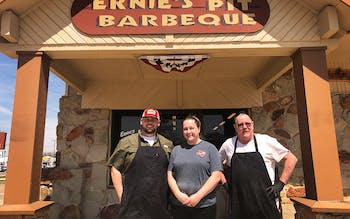 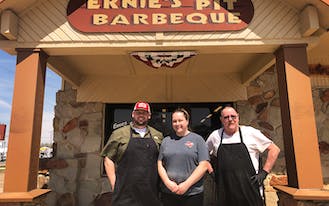 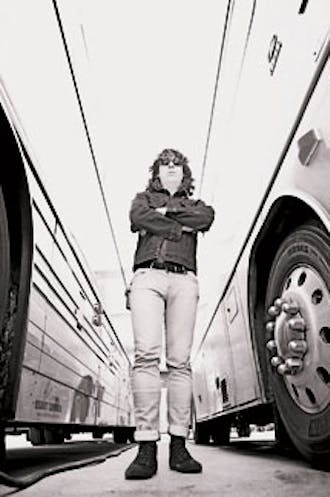 Apr 2, 2020
Greg Abbott Promised to Get Masks for Texas. Many Doctors Say They Are Still Facing Shortages.