LUBBOCK, Tex. — In the back of the Cotton Exchange building in Lubbock’s dusty downtown, the Innocence Project of Texas keeps more than 10,000 files from state prisoners in dozens of blue, purple, and white plastic boxes.

In each file is a letter from an inmate proclaiming innocence and asking for help in proving such in the courts.

“We’re a bank for inmates,” the nonprofit’s founder and chief counsel, Jeff Blackburn, said as he stood among the boxes. A few letters date back to the 1960s. Clinics like the Innocence Project can be found at public law schools across Texas. The clinics, which offer legal help to people who may have been falsely convicted, range from small student-organized groups to the Innocence Project of Texas, affiliated with the law school at Texas Tech University, which has three lawyers, an advisory board and an office off-campus.

In Lubbock, Jennifer Mirll, who manages the Innocence Project’s caseload, reads each of the thousands of letters received each year. Inmates with promising cases are sent questionnaires, and an investigation is started if there is some doubt about their guilt. The project, which has 30 to 50 investigations underway at any time, lists each case on a floor-to-ceiling whiteboard. Many investigations go nowhere, as students discover that an inmate might be withholding crucial facts or that evidence has been lost.

Blackburn calls this “needle in the haystack” method of finding cases highly inefficient because clinics in other cities have received the same letter and are going through the same evaluation process.

Along with his colleagues in Lubbock, Blackburn is pushing to have all of the state’s innocence clinics adopt a single, centralized intake system for letters, with a single process for identifying viable cases.

How the system would work is uncertain, but the group’s executive director, Nick Vilbas, said an overhaul was necessary because the nature of their work has changed so profoundly. The Texas Legislaturepassed a bill last year allowing courts to overturn convictions based on flawed science. Since 2011, the Innocence Project has partnered with law enforcement and state agencies to conduct statewide reviews of cases involving forensic methods that have since been discounted and that have been associated with wrongful convictions, like arson investigations and dog-scent lineups.

One major goal of partnership with law enforcement and state agencies is to ease the political tensions as police and prosecutors find their work challenged. “Catching the law up to science allows everybody to go blame-free,” Blackburn said.

In 2011, the project started working with the State Fire Marshal’s office to look at arson cases, because fire investigation has changed and evidence that was once seen as proof of arson may now be considered more ambiguous. With help from the state’s Forensic Science Commission, the nonprofit contacted more than a thousand defendants in arson cases who were still incarcerated or who had been recently released and found 35 cases that warranted a closer look. In the end, just a few had compelling claims of innocence, and the project helped the defendants get lawyers. The project now plans to review convictions based on hair and fiber science.

Blackburn and Vilbas said that a single system for screening letters would keep the clinics from duplicating efforts. It could also reduce the number of false leads. Mirll said she had spent hours on the phone with grandmothers of prison inmates they think they can help only to find out they cannot because of, for example, a lack of evidence. Mirll has grown used to the heartbreak, but said new law students have a harder time.

But developing an efficient single system among the state’s clinics is a difficult proposition, and lawyers at the other clinics are not as enthusiastic as Blackburn and Vilbas. “The idea has been thrown out there, but nobody has come up with a plan that gets down to the nuts and bolts,” said Tiffany J. Dowling, who directs theActual Innocence Clinic at the University of Texas at Austin School of Law.

David Dow, a death penalty defense lawyer who founded the Texas Innocence Network at the University of Houston Law School does not support centralized intake. “Our own mail operation is extremely efficient,” he said, adding that there are benefits to inmates writing multiple clinics. “Although I am extremely confident that we make very few mistakes, I am certain we do make some, so I do not think redundancy is bad.”

Despite its inefficiency, the “needle in the haystack” method of finding cases still leads to success stories. As Blackburn, Vilbas, and Mirll prepared to leave the office for the day, Blackburn asked Vilbas for help on the case of Emanuell Randolph, who was convicted of aggravated assault after a trained dog sniffed him out of a lineup. Dog scent evidence has been challenged in recent years, leading to multiple exonerations.

Mirll overheard Blackburn’s description of the case and exclaimed, “I want in!”

Suddenly Randolph — who until recently did not have a lawyer — had three. 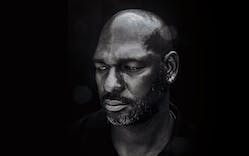 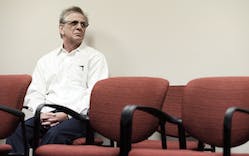