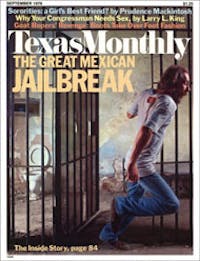 Pi Beta Phi
Some women are born knowing gold from gold-fill. Because of this genetic characteristic, a Pi Phi is usually at home wearing gold dinner rings at the age of eighteen, a gold bangle bracelet, a pair of simple solid gold hoop earrings, and a sporty but chic stainless and gold Rolex. But gold—and lots of it. After all, Pi Phi beads go with everything, even a tortoiseshell hair band, blue jean skirt, and rugby shirt. Gold is so flexible. Pi Phis don’t have to flaunt what they’ve got. When you’ve got everything—money, a good name, good looks, and status—what’s the point? As a result of their confidence and contentment with their lot in life, Pi Phis are actually a pretty down-to-earth bunch. They’re studious, having the highest overall grade point as of January 1976, and they’re practical, usually dating law or medical students in hopes of keeping an unbroken line of prosperity in the family. If the guy happens to be a Phi Delt, so much the better.

Kappa Kappa Gamma
For most women, looking “grubby” comes as naturally as breathing. It’s a condition accomplished by not trying to look any better than you appear at waking. It’s easy. You just put on whatever’s handy and—voila—you’ve got the grubby look. But for a Kappa, grubby is a fine art, a studied effort that rivals putting out a fall designer collection. You can’t have just any grubby look; it has to be the one sanc­tioned by your Kappa sisters. Soon the unlikely combination of painter’s pants ($7) with an Izod knit shirt ($16-50) and topsider shoes is born—worn with gold and sterling acces­sories and simple but stylish haircut, of course. Almost like the basic black dress, grubby—such as it is—is obligatory for street parties, strolling down the Drag to class, and browsing through The Cadeau. Like the Pi Phi’s look, the Kappa’s casual appearance belies an underlying self-assurance. She too is from an old, established family; she was probably a debutante from San Antonio, Dallas, or Hous­ton; and the points she racks up in her sorority prepare her for the point system she’ll labor under to make Junior League.

Kappa Alpha Theta
Being a Theta isn’t like being a Pi Phi or a Kappa, and that’s the problem: a Theta isn’t a Pi Phi or a Kappa. Still, it has its consolations. Thetas get to be a little more demonstrative—what you might call kissy-huggy—than the Pi Phis or the Kappas, whose monied backgrounds (or aspirations thereto) give them a bit of aloofness, an elitist reserve, that the more democratic Thetas lack. Extroverted, exuberant, and not exactly willowy of figure, your average Theta will dress casually—even wear men’s $6 khakis—for a party. You wouldn’t want to get all that beer on an expen­sive “original” original. Don’t think a Theta can’t stand up to a Pi Phi or a Kappa; she’s got a slightly better grade point, on average, than a Kappa. She did, after all, go to Camp Waldemar with the best of them and she traveled in Europe before coming to UT. She’s still in the running.

Delta Delta Delta
When you look at Farrah Fawcett-Majors on the screen, you get a rough—no, a very refined—idea of what it’s like to be a Tri Delt, which she was. The standards of physical perfection that Farrah represents so well are hard to meet every day. It’s a safe bet the Tri Delt you find at a fraternity party with her perfect makeup, perfect hair, and a perfect outfit to clothe her perfect figure invested approximately three hours’ work in all that perfection. Behind the con­trived exterior, however, burns the soul of an inveterate partygoer. The girl that’s gesturing wildly at you from across the dance floor, singing and making some kind of esoteric sym­bol with thumbs and forefingers, has not lost her mind. She’s making the triangle sign of the Delta. If she seems to be hav­ing trouble following the party conversation, it’s probably because she’s wondering whether her mascara is smeared. A Tri Delt makes an ambitious man a decorous wife. He may not be a Phi Delta Theta from a prominent Houston or Dal­las family (they usually stick with the Pi Phis, Kappas, and Thetas), but he’ll most likely make a lot of money.

Chi Omega
The ladies of Chi O are very sweet and a little reserved, but they are closet dazzlers. Who else would conceive of an unofficial dress uniform that combines the subtlest shades of peach in a tailored Ultrasuede dress with a gaudy mass of gold-filled jewelry and a flurry of ultra-bleached hair? It’s a paradox. The Chi O house shelters fewer true beauties than the Tri Delt residence, and, though they may both aspire to academic heights, neither sorority currently ranks in the top three for grade averages. (The ADPis, of alt people, are now second behind the Pi Phis, with Thetas and Kappas in third and fourth places—though averages do tend to vary from semester to semester.) The Chi Omegas can play just as rough as the next girl in the status game, but a glimpse at their parking lot will show you that they are not among the top contenders in this field either. You’ll find a gaggle of Cutlasses and Monte Carlos there—all with cruise control and quadraphonic tape decks. They don’t cost Chi Omega daddies as much as the Pi Phis’ BMWs, but they’re not bad.

Zeta Tau Alpha
Zetas do try harder. Lack of effort is not why a Zeta isn’t a Pi Phi. God knows they try. They put their more outgoing, aggressive natures to work for them to make up for this imagined deficiency. But there are some things in this world that are not easily duplicated, and being a Pi Phi is one of them. You either are or you aren’t. No matter how many gold-plated dinner rings and shiny, gold-plated bangles you wear, a little of the plating always rubs off and lets the truth show through. Let no one say, however, that the Zetas don’t have a look of their own. They do. Does this girl exude satisfaction with her position in life? Does she shun heavy makeup, secure in the knowledge she has enough going for her that she can afford a perfectly natural look? Does this woman look like a Pi Phi? To her everlasting credit, she does not, and—bless her heart for trying—she never will. 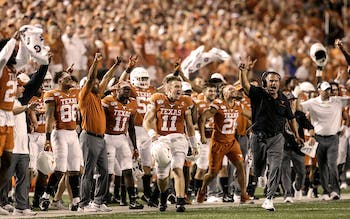 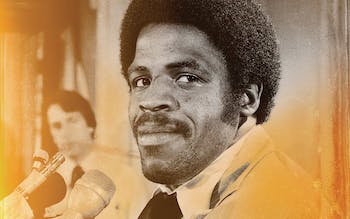 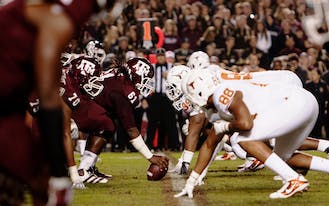