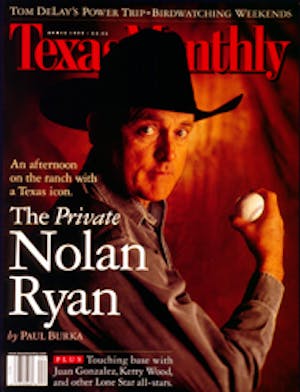 YOU WERE RIGHT,” said a friend just back from a trip to my old stomping grounds. “It’s not like the South at all. It’s barely even America.”

Before her trip to Louisiana’s Cajun Country, my friend and I had had a running debate on the definition of “Southern.” A ’Bama belle by birth, she would make sweeping generalizations about “the South” and include everything below the Mason-Dixon Line from Charlottesville, Virginia, to Sweetwater, Texas.

But because I had grown up in south Louisiana—a.k.a. French Louisiana, Acadiana, and Cajun Country—I always disagreed with her assumptions about “our common culture.” “Listen,” I’d say, “in my hometown most of us are Catholic, cooking is the national sport, and grandmothers curse in French when they lose at cards.” Literally and figuratively, south Louisiana sits apart from the mostly Protestant Deep South; it’s a cultural anomaly located south of the South. For Acadiana’s schoolchildren, it’s not the Mason-Dixon Line that’s the primary cultural boundary but Interstate 10—an informal frontier that separates their home from the United States. “Go too far north of that,” I’d say, “and you’ve actually got to deal with Americans.”

Acadiana is the largely rural French-flavored region that starts at the Sabine River and extends eastward to the Mississippi. Its de facto capital, the sprawling oil-field town of Lafayette, is roughly a three-hour drive from Houston and two hours from New Orleans on I-10. As a travel destination, south Louisiana usually plays second fiddle to its city cousin, New Orleans, whose raucous festival traditions and self-contained decadence districts draw a steady stream of tourists from all over the world. In contrast, Acadiana is a whole tourist region, with reasonably priced cultural highlights spread across the fertile countryside. Using Lafayette as a base, it’s possible to visit the nearby small towns and indulge in the area’s distinctly non-Southern culture. Driving two-lane roads through swaying stands of sugarcane or flooded rice fields, visitors can explore the area’s subtropical landscape, two-step in crowded Mamou honky-tonks, stomp their way through zydeco street dances, and gorge themselves on peppery Breaux Bridge crawfish and fresh Gulf oysters. The rich variety of Cajun culture makes Acadiana an exciting travel destination anytime, but April brings a special excuse to visit. During the third week of the month (this year, April 20–25), the city of Lafayette throws the country’s best international dance party, the six-day Festival International de Louisiane—but more about that later.

Cajun Country owes its character and tourist appeal to its unique hybrid French culture. Beginning in the late eighteenth century, Acadiana was settled by refugees from the French Canadian frontier province of Acadie (now Nova Scotia). Forcibly ejected for refusing allegiance to the British crown, the exiled Acadians found their way southward and established small agricultural and fishing communities throughout southern Louisiana, which became known as Acadian Louisiana, later shortened to the modern name Acadiana. With the passing of time, the immigrants came to be known as Cajuns, an Anglo slang abbreviation of the more proper French term. Their French dialect, now known as Cajun French, adapted to its new surroundings, taking on phrases from Spanish, English, and local Native American dialects. The Acadian communities flourished in relative obscurity until the discovery of offshore oil fields in the forties and fifties brought improved roads and increased American influences.

Nevertheless, Cajun language and folkways still thrive in this Gallic pocket of Louisiana. Accordion-based Cajun bands perform plaintive ballads in their native French dialect while percussive zydeco bands croon away in Creole, the black variation on the Cajun language. Each small town honors its signature crop with a festival—a convenient excuse for dancing in the streets and overindulging in the local cuisine. St. Martinville celebrates the joys of local peppers, for instance, and Rayne holds the annual Frog Festival. All this in an environment blissfully untouched by Anglo Baptist restraint and asceticism.

Lafayette celebrates almost year-round, with street dances and festivals nearly every week. But its most notable party is the aforementioned Festival International (“Fes-ti-val In-ter-na-syo-nal”), which the New York Times called “the best unknown folk music festival in the United States.” It’s an occasion when French-speaking cultures from around the world converge and unite through music, food, and art—and an attractive alternative to New Orleans’ overcrowded Jazz and Heritage Festival, or Jazzfest, whose first weekend always overlaps with Festival International. The annual celebration routinely draws energetic performers from five continents and the best musicians from all over Louisiana. Homegrown zydeco rhythms share the stage with driving Quebecois rock and choreographed chanteuses from Cameroon. Traditional musicians from Martinique and Madagascar follow powerful New Orleans gospel choirs. Belgian stilt-walkers roam the streets along with hard-strutting Technicolor bands of the Mardi Gras Indians, the Crescent City’s famous neighborhood dance-and-drum troupes.

Now celebrating its thirteenth anniversary, Festival International is a relaxed, family-friendly event that typically attracts manageable audiences of 150,000—compared with Jazzfest’s 450,000—mostly locals and folks from smaller towns around Acadiana. (This year, since it’s part of FrancoFête ’99—a statewide tricentennial celebration of the French presence in Louisiana—the crowds will likely be larger.) Lafayette’s downtown district becomes a roped-off pedestrian mall, making it easy to stroll between the four performance stages and countless food stalls with tempting local specialties. Best of all, since Festival International is sustained both spiritually and economically by the community of Lafayette, all this artistic expression and cultural cross-pollination is provided free of charge to anyone willing to dance along. (For information on lodging and events in town and around Acadiana, call the Lafayette Convention and Visitors Commission [CVC], 800-346-1958, or visit its Web site, www.lafayettetravel.com, which provides everything from room availability in the region’s hotels and B&B’s to detailed maps.)

This working-class city has more than its share of notable restaurants, as well as classic dance halls for working up a post-meal sweat. The locally famous po-boy sandwiches at the Old Tyme Grocery (218 W. St. Mary Boulevard, 318-235-8165) epitomize the Cajun approach to eating out: huge portions of exceptional food in a casual setting. These monster sandwiches come laden with anything from perfectly fried shrimp to shaved pastrami to spicy meatballs in what locals call “red gravy” and what you’d call tomato sauce. It generally takes two average-capacity eaters to polish off one po-boy, so order carefully, choose a partner, and prepare to be stuffed silly for about $5. Closer to downtown, T-Coon’s Restaurant (740 Jefferson Street, 318-232-3803) does a brisk lunch business serving up generous helpings of homestyle Cajun favorites, along with delicious oversized yeast rolls. Specials change daily, and Monday’s and Tuesday’s savory smothered rabbit is required eating. For a more upscale experience that’s still comfortably casual, Prejean’s Restaurant (3480 I-49 North, 318-896-3247) offers inspired variations on Cajun classics—from rich seafood gumbos to roast duck in a spicy-sweet cane-syrup glaze—and live music nightly. Indulge in a bowl of crawfish-and-artichoke bisque, then take to the dance floor. Elsewhere around town, local zydeco legends play weekends at Hamilton’s Club (1808 Verot School Road, 318-984-5583) and El Sido’s (803 Martin Luther King Drive, 318-235-0647), while eclectic local bands and road shows play the Grant Street Dancehall (113 W. Grant Street, 318-237-8513).

Lafayette is a perfect jumping-off point for exploring the true treasures of Acadiana, the smaller towns clustered within a thirty-mile radius, and the best way to see them is by driving the back roads that honeycomb the area, heading north toward the Cajun prairie, east into the swampy basin, or south into bayou country. These small towns, all easily covered in a series of short day trips, are each famous for a different specialty, attraction, or bit of local history. Ask the Lafayette CVC for a copy of its free “Acadiana Tour Guide,” which contains several self-guided itineraries for touring Cajun Country.

Fans of Florida’s Okefenokee will likely take the ten-minute drive eastward on I-10 to Henderson, the gateway to the expansive Atchafalaya Basin swamp. McGee’s Landing (1337 Henderson Levee Road, 800-445-6681) offers four daily ninety-minute boat tours of the moss-covered swamp primeval (adults $12, children $6). The tours explore the wide variety of plants and wildlife in these amazing wetlands and usually include at least one sighting of everybody’s favorite reptile, the sometimes ferocious and always delicious Louisiana alligator. On the return trip, follow the signs to the unassuming Robin’s Restaurant (1409 Henderson Highway, 318-228-7595) and enjoy its rich crawfish étouffée (crawfish tails smothered in a buttery, spicy sauce and served over rice).

Heading south from Lafayette on U.S. 90 will take you to Acadiana’s bayou country, where the slow-moving Bayou Teche winds its way through the sugarcane fields and coastal plains of St. Martin and Iberia parishes. Sitting under a canopy of moss-draped live oaks, the crown jewel of New Iberia’s historic Main Street is the showpiece antebellum plantation home known as Shadows on the Teche (317 E. Main Street, 318-369-6446; tours are $6 for adults, $3 for children). Seven miles southeast of New Iberia, Avery Island is home to the famed McIlhenny Tabasco factory (Louisiana Highway 329, 318-365-8173; free tours Monday through Saturday) and, across the highway, the stunning Jungle Gardens bird sanctuary (318-369-6243; admission $5.75 for adults, $4 for children), a lush, 250-acre tropical preserve for local wildlife. Leaving the island, a quick jaunt down Louisiana Highway 14 leads to the town of Abbeville, which sports two town squares and dueling restaurant dynasties: Black’s Oyster Bar (314 Père Merget, 318-893-4266) and Dupuy’s Oyster Shop (108 S. Main Street, 318-893-2336), which battle for the hearts and taste buds of mollusk lovers.

And finally there are the roads that lead northward into the Cajun prairie and dangerously close to the southern border of America. This is a land where cattle graze contentedly, flooded rice fields double as crawfish farms, and locals celebrate Mardi Gras by riding from farm to farm on horseback instead of waving from glitzy parade floats. It’s also where you’ll find the peaceful formal gardens of Grand Coteau, the zydeco palaces around Opelousas, and the beautifully restored art deco Liberty Theater in Eunice. On Saturday nights the Liberty (200 W. Park Avenue, 318-457-7389) hosts “Rendez-vous des Cajuns,” a two-hour radio and television program of live Cajun music, stories, and culture that could be subtitled “A Cajun Prairie Home Companion.”

As you return to Lafayette, or head north or west back into Texas and America, chances are you’ll be amazed at how much culture is packed into one little section of one little state—the exotic land that lies just south of the South.