We’ll take Robert Leleux at his word when he declares in The Memoirs of a Beautiful Boy that, growing up in tiny Petunia, he didn’t know he was gay until he was seventeen and unexpectedly googly-eyed over his dance instructor at a community theater. Literary license or not, the pronouncement sets up Leleux’s more memorable anecdotes (grandmother JoAnn’s reaction to his coming out: “Oh darling . . . I thought everybody was already sort of working on that assumption”) and epitomizes his declared intention to not let truth interfere with a good story. In this case, most of the good stories belong to his flamboyant mother—“the Great & Indomitable Jessica Wilson”—whose Neiman’s shopping sprees and shelves of wigs cannot change the reality that she and her family live on an East Texas farm with her redneck-riche in-laws. In a riches-to-rags twist, Daddy abandons Mother and Robert, leaving them in a state of sitcom poverty: driving the Jag to Houston to sell Ferragamo pumps and return outfits to Saks for lunches in its cafe. Now that Leleux, a 27-year-old creative writing teacher in New York, has gotten his coming-of-age story out of the way, he needs to summon up a literary perspective beyond that of professional mama’s boy. Sexual orientation may be an identity, but it should not be confused with a career. St. Martin’s, $23.95 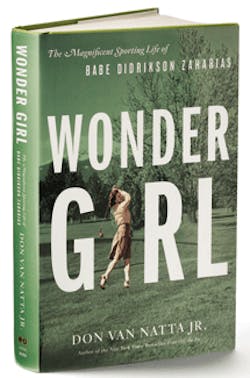