Warren Buffett, billionaire and self-proclaimed newspaper junkie, seems to have gotten his latest fix by scooping up the Bryan-College Station Eagle.

Berkshire Hathaway bought the 20,000-circulation paper for an undisclosed price from the Evening Post Publishing Co., which put the Eagle up for sale in March to help it “meet other objectives,” the paper reported.

The deal, expected to close on June 30, was announced to the newsroom Tuesday by Omaha World-Herald Co. CEO Terry Kroeger

In May, Buffett announced he was spending $142 million to buy 63 newspapers from Media General Inc.

Buffett opined hopefully about the future of newspapers and Berkshire Hathaway’s involvement in them in a May 23 letter to investors: “Berkshire buys for keeps,” Buffett wrote, adding that he intends to buy more “small and mid-sized papers in long-established communities” in the future and noting that he doesn’t intend to influence the editorial product.

“We will favor towns and cities with a strong sense of community, comparable to the 26 in which we will soon operate. If a citizenry cares little about its community, it will eventually care little about its newspaper,” Buffett wrote. “I believe newspapers that intensively cover their communities will have a good future. It’s your job to make your paper indispensible to anyone who cares about what is going on in your city or town.”

How will things change for the Eagle? Well, later in the letter, Buffett indicated that he wants his papers to stop giving away content for free on the web.

Richard Connelly of the Houston Press sees a good steward of newspapers in Buffett: “So far he’s been saying all the right things about owning papers,” he wrote.

And earlier this week, news broke that an anonymous donor paid $3.46 million in an eBay auction to have lunch with the mogul. If Buffett could command this much for every meal he eats, just think of how many newspapers he could buy. 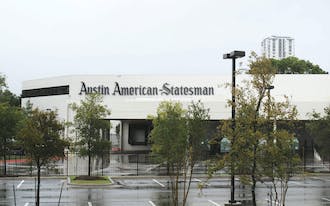 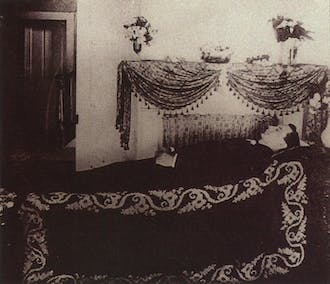 Bane of the Baptists 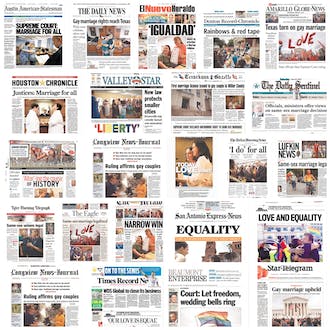 The News Heard ’Round Texas 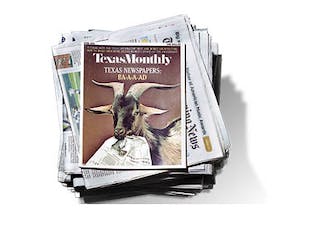