As part of the nation’s latest reckoning with its racist history, we’ve seen something that had previously remained untouched get called into question: the veneration of certain Southern tropes dating back to slavery, the Confederacy, Jim Crow, and other shameful parts of American history. When Nashville country stars Lady Antebellum announced in early June that they would be changing their name to “Lady A,” to avoid romanticizing the slavery-era South, country fans asked if the Dixie Chicks—whose name references the states that made up the Confederacy—might make a similar change.

On Thursday, coinciding with the release of the group’s new song, the answer appears to be “yes.” The band’s website now redirects to thechicks.com, where the home page prominently features the statement, “We want to meet this moment.” On social media, the group’s display name and handles have changed, simply, to “The Chicks.” The artwork for the forthcoming album Gaslighter, displayed on their Twitter banner, now attributes the album to a group with that two-word name, as well.

The Texas band has always beaten a path to the left of the country music establishment. Famously, in 2003, they found themselves blacklisted from the industry after singer Natalie Maines made an anti-war statement onstage during a performance in London. As Americans began this latest round of questioning the extent to which celebrations of the Civil War–era South belong in our cultural life, the “Dixie” in the Chicks’ name felt increasingly incongruous. If Lady A, a Nashville band without the progressive bona fides of Maines and her bandmates, was reflecting on its identity, wouldn’t you expect the same from the group that told the country music establishment to kiss its ass on “Not Ready to Make Nice”?

The timing of the move coincides with the release of the band’s first single since the late May death of longtime Houstonian George Floyd. While it hasn’t been accompanied by an official statement from Maines or the band’s PR, the change seems to be official—the new song “March March” is attributed to “The Chicks,” and with the group’s first album in fourteen years due for release on July 17, it’s hard to imagine that during the promotional period for the album, they’ll want to spend time answering questions about whether or not “Dixie” is still in their name. We’ll expect an official statement before long—but in the meantime, the Chicks appear to be the latest in a long succession of Americans who’ve done some self-reflection and found at least one change they could make immediately. 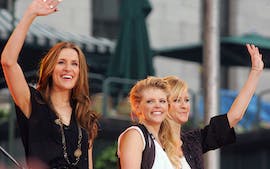 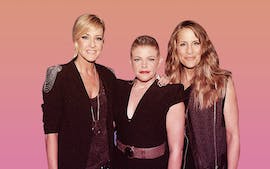 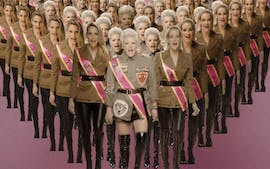