– It’s Texas Monthly BBQ Week. You have two more days to indulge on special menu items at joints across the state. A percentage of proceeds to benefit Foodways Texas. Read about it here, here, here, and here.

– There was a North vs. South barbecue competition in Gettysburg. Here are the results.

– So they’re selling smoked water these days. Worse yet, people are buying it. Don’t they know this is essentially diluted liquid smoke? 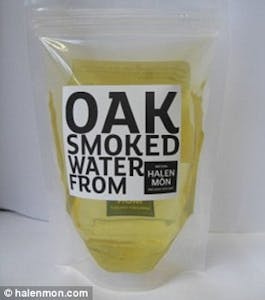 – Charcoal or gas? What does science say?

– Adam Perry Lang has set up a giant smoker on a trailer in the middle of a parking lot in LA for a pop-up. He stays on site for three days during the middle of the week.

– A barbecue glossary from a man named Meathead.

– First, there is a blog called “Meat Counter Mom”. Second, she writes about beef slaughter sometimes.

I was inspired by Dr. Temple Grandin to write a post about all the steps taken to keep #meat clean during slaughter.http://t.co/CcONCKkMiJ

– Could horse slaughter be coming back to the US? The Italians seems to like it, but I’m not sure how curious I am about equine brisket.

– The Smoking Ho Blog (seriously) has some great things to say about Micklethwait Craft Meats.

– A cool photo of Salt Lick back in the day

– A Franklin Barbecue alum will open a barbecue joint in Brooklyn.

– A Dallas native has become known as the “Brisket King of Seattle”. He did some barbecue searching across Texas, went back home to Seattle and bought a smoker.

– After a dispute with his previous partners, Kenny Hatfield left to open his own Hatfield’s BBQ in Rockport, Texas.

– The Daily Meal makes up for last year’s lackluster BBQ road trip map with a new route that includes a few more Texas stops including and important stop in Dallas.

– Chinese beef consumption is way up. An increase in demand from billions overseas probably won’t do anything to ease the rise in beef prices here in the States.

– You know the love of barbecue is spreading when Detroit’s Metro Times can dedicate an entire issue to the smoked stuff.

– Sadly, Dewey Fitzpatrick of Greenville, Texas had passed. He once ran the Spare Rib (closed in 2004) and was featured in National Geographic in 1980.

Forget Pretty Brisket. This West Texas Joint Is Sticking to Its Direct-Heat Method.