Frank X. Tolbert had a well-documented love for chili, and his adoration lives on during the annual Original Terlingua International Championship Chili Cookoff; in the chili served at his namesake restaurant, in Grapevine, run by his daughter and son-in-law, Kathleen and Paul Ryan; and in his 1953 classic, A Bowl of Red. The book is considered the bible of Texas chili lore, but the final chapter, “A Land of Hot Sausage and Barbecue,” veers into another of Tolbert’s passions: barbecue.

As a sportswriter for the Fort Worth Star-Telegram in the thirties and a columnist for the Dallas Morning News, which he joined in 1946, Tolbert traveled the state in search of food worth reporting on. His appetite for barbecue seemed equaled only by his love of telling a good story. One character that appeared repeatedly in Tolbert’s tales was Will King Solomon, of East Texas. Solomon was a talented cook who specialized in barbecued beef served with a spicy sauce. Tolbert wrote in A Bowl of Red that “[Solomon] believed his success at barbecuing rested heavily on his ‘secret devil’s sauce.'” For decades Tolbert yearned to replicate the sauce.

It was in 1937, while covering a hunting dog competition in East Texas for the Star-Telegram, that Tolbert first encountered Solomon, a tall, slender man “leaning over another post oak fire stirring ‘devils broth’ for barbecue.” Solomon was the unofficial caterer, having set up a pit behind the store of field trial host J. N. Gee in Bethel, a tiny Texas town between Palestine and Corsicana (remnants of Bethel now sit across U.S. 287 from Cayuga High School). Solomon, in his sixties at the time, had traveled up from his farm near Oakwood. Tolbert returned to the field trials in 1938, eager to sample “big slabs of burnt-brown beef, and juicy, stringy goat meat.” He again described Solomon, this time “kneeling by the log fires like a priest stirring his fiery barbecue ‘devils broth.’”

In 1939 Tolbert reported that the field trials were to be moved to Corsicana, after Gee’s death. He’d hoped Solomon, the “champion barbecue specialist of the state,” in Tolbert’s words, would follow, but it wasn’t to be. The informal barbecue in Bethel had been replaced by a country club banquet in Corsicana, where Solomon, a black man, was likely not welcome. Historical records seem to suggest that Tolbert never again crossed paths with Solomon, but he clearly held his sauce in high regard for years after. In 1971 he wrote in the Dallas Morning News that he still had “haunting memories of the barbecue beef which an elderly black man named Will King Solomon used to compose years ago,” and he again mentioned the sauce. In 1974, in response to a reader request, Tolbert shared a sauce recipe in the Dallas Morning News from Sam Huddleston, of Brownsville, whose “Huddleston stinger” was supposedly close to Solomon’s recipe. A year later, Tolbert was convinced that he’d discovered an even better replica at “Bill Mitchell’s gargantuan barbecue pits at 2118 Greenville.” He ran the recipe: 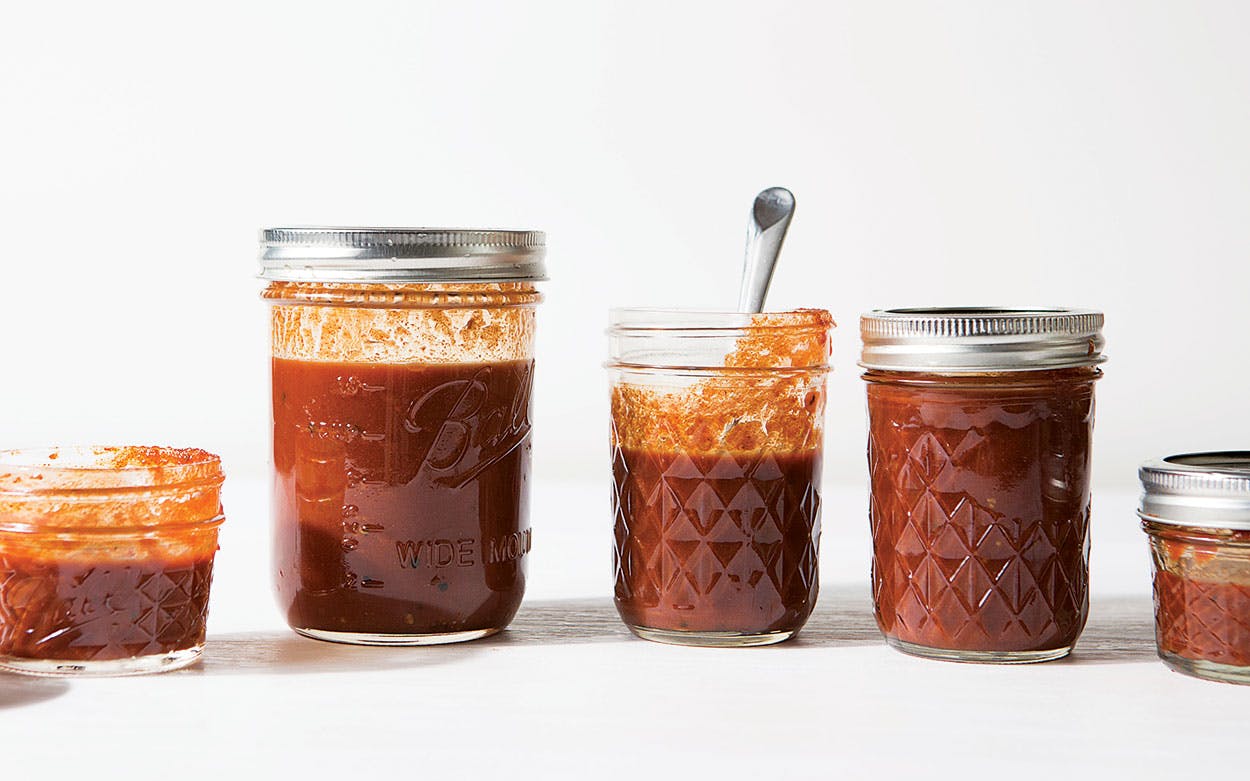 I made a batch. As you might surmise from the ingredients, the sauce is thin and not at all sweet. (I also made the Huddleston stinger, which was so bad it had me questioning Tolbert’s pre-publication recipe-testing methods.) Most surprising, it wasn’t as spicy as I’d assumed a “devil sauce” would be, especially given how Tolbert described one in a Dallas Morning News article in 1967: “I must warn tender-mouthed types about Harold Curry’s ‘devil sauce,’ though. It’s wonderful with the sweetly smoked beef. However, it’s so fiery tempered that you almost need an ice pack between your shoulder blades after you’ve eaten some beef sprayed with it.” Harold Curry, who cooked for the annual Juneteenth celebration in Mexia, ran Curry’s D&D Café, in nearby Wortham, which Tolbert had called “one of the best barbecue stands around” in the same article.

In his Dallas Morning News column, he mentioned a number of other devil sauce versions, all from black pitmasters. A good one could be found at Maurice’s in Harker Heights; he took home a gallon from pitmaster Johnny Brown, in Wills Point; and tried unsuccessfully to pry the recipe from “barbecue artist” Henry Owens, who sold meat out of his house on the weekends near the East Texas town of Pritchett.

I set out to make my own version, but with a little more sting than Bill Mitchell’s. I gathered some hot sauce and cayenne and readied the ice packs. But first, I delved into the non-Tolbert history of devil sauce.

I found a reference to a devil sauce made in San Antonio by Adolph Mitrovich (he filed a patent in 1915 for a “Salsa Diablo”). I’m not sure if it was anything like a barbecue sauce because the ingredients weren’t named, but he advertised his sauce as basically a cure-all for foods lacking “zest.” His ad in the San Antonio Express claimed it would “help your digestion by using it on Meats, Game, Fowl, Fish, Oysters, Sandwiches, etc.” It was carried in stores as far away as Houston and Corpus Christi. Generic recipes for a devil sauce to accompany grilled meats were often printed in the newspaper and always included some form of beef stock, beef broth, or beef gravy. A few were for “deviled” meats, like beef ribs slathered in mustard and bread crumbs and then broiled. The sauce served with the meat would be sauce diable, or deviled sauce.

Sauce diable, according to no less an authority than Auguste Escoffier, is built from a specific beef stock recipe called an espagnole sauce (one of the “mother sauces” of French cuisine). It’s made with beef and veal bones, tomatoes, and mirepoix, and it simmers for hours. Escoffier’s sauce diable combines a demi-glace (brown stock mixed with espagnole sauce) and a reduced mixture of white wine and shallots. The mixture is further reduced and strained before being seasoned “strongly with cayenne pepper.” Could this be the link between French cuisine and Texas barbecue sauces like the ones Tolbert loved? Not really. I made a version (from store-bought demi-glace), and it was certainly spicy, and deceptively so, but it’d be hard to call it the “mother” of any American barbecue sauce I’m familiar with.

Having made both a traditional sauce diable and Bill Mitchell’s devil sauce, and having been satisfied with neither, I used the building blocks of both to create another sauce. I wanted it to have bite from vinegar and spice, very little sugar, and the velvety undertones of the gelatin-rich demi-glace. I liked the idea of building a sauce with white wine and shallots like the sauce diable, but water and white onions would suffice here in Texas. I used most of the ingredients from the Mitchell recipe but opted for tomato paste instead of ketchup so I could better control the sweetness. The tomato paste also made the sauce a bit thicker, but it was still thin enough to easily mix into pulled pork or chicken. Finally, I needed far more spice from both cayenne and hot sauce to make a devil sauce Harold Curry might recognize.

Once I combined it all, it was missing something, like the zest advertised in Mitrovich’s advertisement. That’s when I reached for the A-1 sauce. I had it on hand only because I’d made the simplest of sauce diable recipes I could find from a reputable source. In the Cafe Boulud Cookbook, from 1999, Daniel Boulud suggested a sauce to accompany his Cornish Hens à la Diable. It was made with just ketchup, Dijon mustard, Worcestershire, Tabasco, and A-1. He begged the readers to not “laugh when you see the ingredients in the sauce—they’re hardly what you’d expect from a French chef.” He’s right, but if A-1 is good enough for Daniel Boulud’s sauce diable, then it’s good enough for my devil sauce. 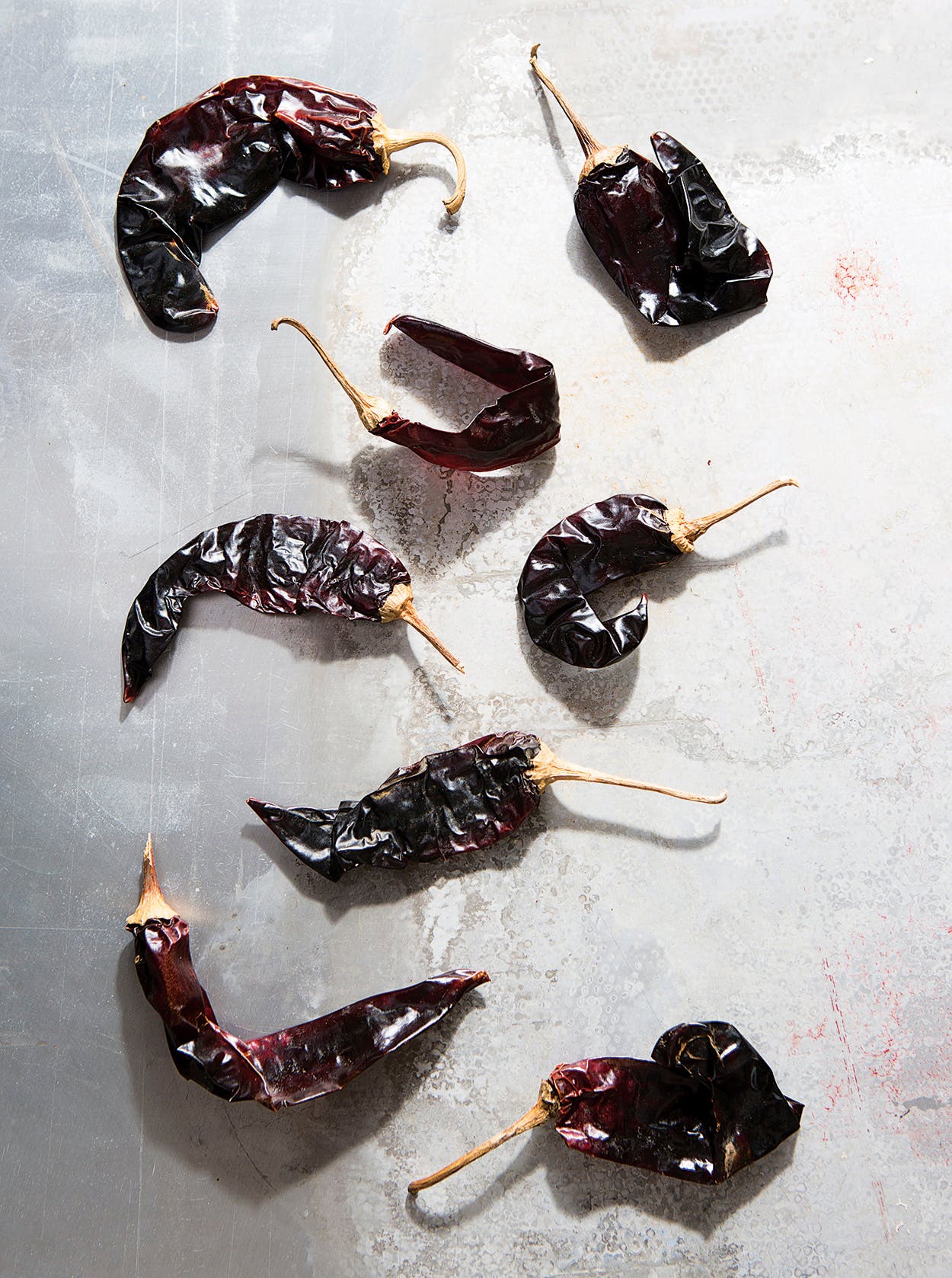 Boil water, onion, and garlic together until water is reduced by half. Strain and reserve the liquid. If necessary, add water to the reserved liquid until there’s a full cup. Return to the pot, and add the following ingredients:

Boil mixture for 10 to 15 minutes, whisking to combine. Let cool and pour into a 1-quart jar or other container. Add enough water to make a full quart. Shake to combine, and refrigerate until chilled.