Aaron Franklin of Austin’s Franklin Barbecue is getting a TV show. If you’ve enjoyed the BBQ with Franklin series on Youtube, then you’ll be happy to know that there’s a lot more coming. KLRU produced the popular web series, and this year they’ll shoot ten episodes with Franklin around Texas and beyond. According to KLRU, the new show will “explore the history and culture of BBQ.” They’ll also produce more instructional videos for the web series which just passed a milestone having been viewed over a million times. The television show will start airing about a year from now.

Aaron Franklin couldn’t be more excited to start filming. He describes it as “a barbecue variety show.” They’ll use Franklin Barbecue as the home base, but there will be plenty of travel to gather oral histories from Texas barbecue legends, and maybe enter a barbecue competition two. With Franklin as the star, there will be brisket involved, but it will be the feature of only one of the ten episodes. In another Franklin will get out of his comfort zone and try out a slew of different smokers. After cooking on the same equipment day after day, Franklin says “I’m excited to have the chance to learn a few new things.” 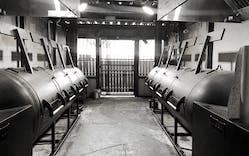 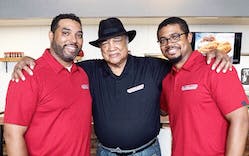