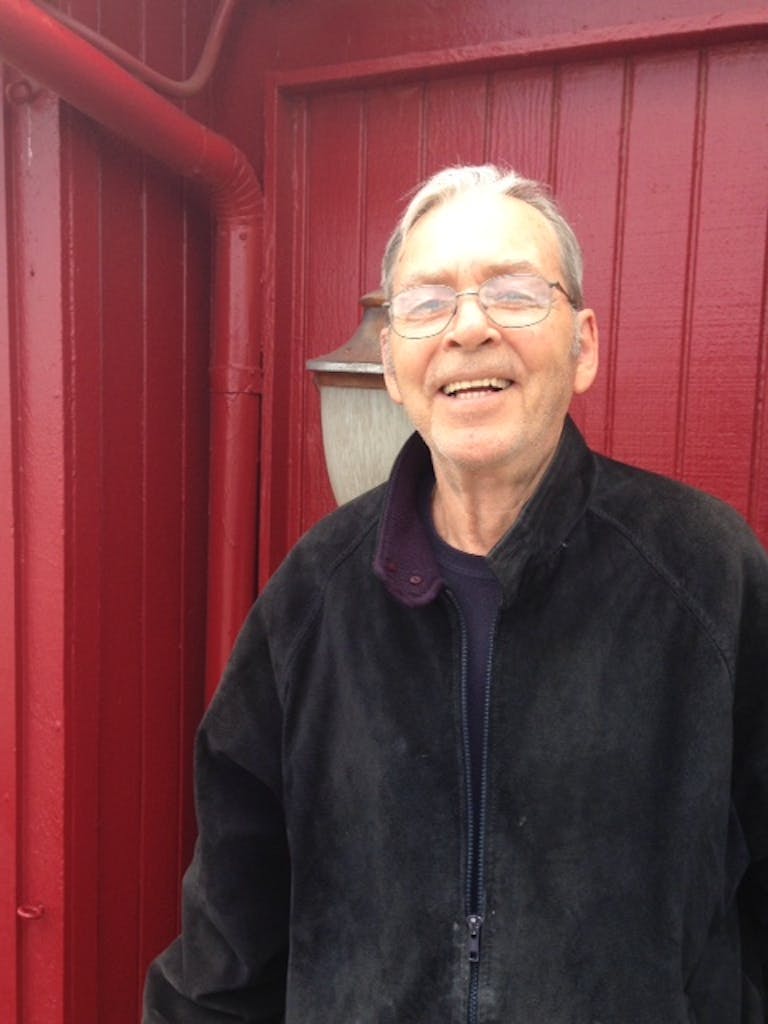 When he was twenty-six, Gary Williams said doctors told him he was bipolar and diagnosed him with depression and a chemical imbalance. “That’s a load, but I made it. I had a great doctor,” he told me while we sat across from one another at Tyler’s Barbeque in Amarillo. He’s a regular there, but until 2002, he had his own barbecue joint in town.

After overcoming his medical issues, Gary went on to run Gary’s Barbeque for almost twenty-five years with his wife Debi (who ran the deli side of things), but his history in the local barbecue scene goes back much further than that.

Gary was around when Dub’s was cooking beef navel plates in downtown Amarillo, long before briskets became popular in the Panhandle. He was there to see the opening of Doug’s and Henk’s and even five location of his dad’s place, Al’s BBQ. He’s retired now, but remains a wealth of knowledge on Amarillo barbecue lore.

Daniel Vaughn: Are you from this area?

Gary Williams: I moved here in 1950 when I was ten years old. I started working for Dub’s in downtown. They had started in the 40’s. They were trained by Shoemaker’s in Dallas. There were two guys who learned from them and came back here. It was Dub and Bingo.

DV: What was on the menu then?

DV: Was it like Tom & Bingo’s is now in Lubbock with just sandwiches?

GW: Bingo was one of the guys that had a place out on Sixth and McMasters. He left Amarillo in the mid to late seventies and went to Lubbock. Bingo’s and Dub’s here were both in little tiny shacks. It had about nine school chairs and a dirt floor. It had pickles, onions, relish, and yellow peppers. Later on the cherry peppers came along. 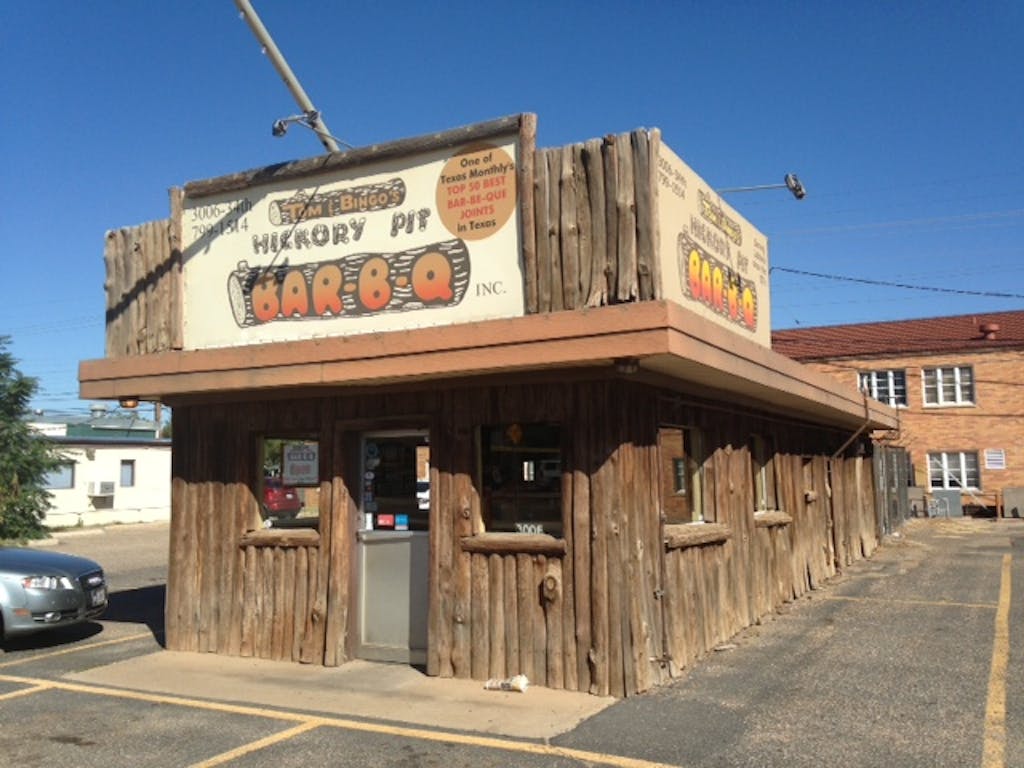 DV: Was the beef they were cooking at Dub’s? Was it brisket?

GW: What we used was rib plate. You cook it on a slow fire. You put it on 7:30 or 8:00 in the morning, and it would be ready when he left at 6:30 in the evening. Then you’d come back in the morning, rake the coals and dust the ashes off, throw another log on and put more beef on. The guy that ran the place was Dub LaRue.

DV: When you cooked those big beef plates, was that direct or indirect heat?

GW: It was in the ground. We had the coals right under it.

DV: Where did you get the meat?

GW: We’d go to the packing house and get the rib plates and a ham that was boned and tied.

DV: I presume you didn’t serve the beef sliced.

GW: Oh no. We’d didn’t serve plates period. It was just sandwiches. There wasn’t even sausage then.

DV: How long did you work for Dub?

GW: Doug Harrison had put a place out in the suburbs at 34th & Georgia called Doug’s. I was working downtown for Dub and I got in a fight. You get one call, you know, and I called Dub and asked him to come get me out of jail. He said “No. Goodbye,” and click. The next day Doug’s son, Clifton Harrison came and bailed me out. He was working out at Doug’s and asked me if I wanted a job, so I went to work for him. 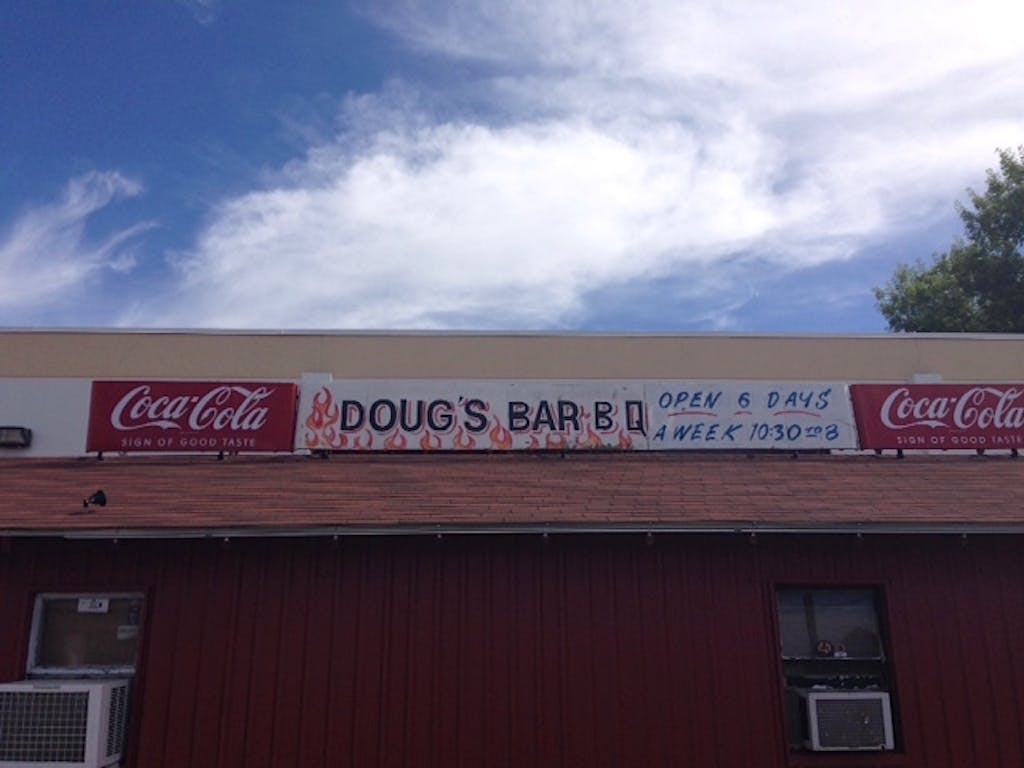 DV: What happened to Dub’s?

GW: Dub had a son with some flaw and he went to Bull Shoals, Arkansas for his health [in 1968]. Dub opened a little marina and a barbecue place there. Doug made a deal with Dub who was on his way out of town and Doug took over Dub’s. After I worked a while for Doug he asked me if I knew anyone who could run Dub’s for him. I mentioned my dad, and they got together. He ran it for two years of sixteen to eighteen hour days. He had them coming with pots and pans. He built a hell of a business. That was in 1956.

DV: How long did you stay with Doug’s?

GW: Clifton would go to work with us at 6:30. Once we got through the lunch rush after 1:00, he’d strip off his work clothes and go play with his rich buddies. From then until 10:00 at night I’d run it. Every now and then I’d get in a jam and not know what to do, so I would call my dad and he’d tell me or come out and show me what to do.

DV: Did your dad change up the menu at Dub’s?

GW: Yes. Beans, potato salad, cole slaw, and sausage. He still didn’t serve any [barbecue] plates. He cooked the big beef plates. In the morning you’d get one on the block and remove the big fat cap. You’d peel that off and underneath was about an inch of butter fat. Yummy, yummy. There was also a thin membrane like elastic, so you’d run your knife down and get all that out of there. Then you were ready to go.

DV: What kind of sauce was it served with?

GW: Back then it was just a few seasonings and water, and you’d set that on the grill.

DV: Was there any tomato or vinegar in it?

GW: Not back then.

DV: How many plates did you go through?

GW: One maybe. It was downtown and there were a lot of brown baggers.

DV: When did you leave Doug’s BBQ and open your own place?

GW: I had a new little barbecue that Dub had put in on Western. It was a small place. I purchased the right to be there when I came back from Alaska.

GW: I drove 5000 miles to Kodiak Island, Alaska pulling a motorcycle trailer with four motorcycles with my wife at the time. We had to camp out every night for two months along the ALCAN Highway. It was all volcano stone. I had to drive forty miles an hour and there were potholes everywhere. These big Sea-Land trucks would go right by you and blow you off the road.

DV: You drove there from Amarillo?

GW: I started in Austin, and came through Amarillo to tell everyone and my folks that I was leaving, and I took off.

DV: What were you doing up there?

GW: I was trying for oil pipeline. I got there and they said the natives got the first shot for a job, and the rest of the people needed to have been then for year. Instead, I got a job a cannery. Shrimp, salmon, halibut, for forty hours a week.

DV: Did you ever get the job with the pipeline?

GW: No. I stayed there for three years. I got another job with a foreman there working fifty hours a week. I was stacking some money, so I came back with a little duffle bag.

DV: Did you drive back?

GW: No. I went from Kodiak on a little plane and got to an airport in Washington. There wasn’t anybody there. It got later and later and nobody ever showed up. I crawled up against a column for the night. Early in the morning I went to Amarillo and started over. That was 1976.

DV: Did you open a barbecue joint with the money you saved up?

GW: Not yet. By then Doug was retired. Tex Ball had been working for him. Doug sold half of his business to Tex Ball. He had worked at Henk’s. Then Henk’s bought out Doug’s. Anyway, Tex Ball asked me to come back. I stayed out with him at Doug’s for eight months. 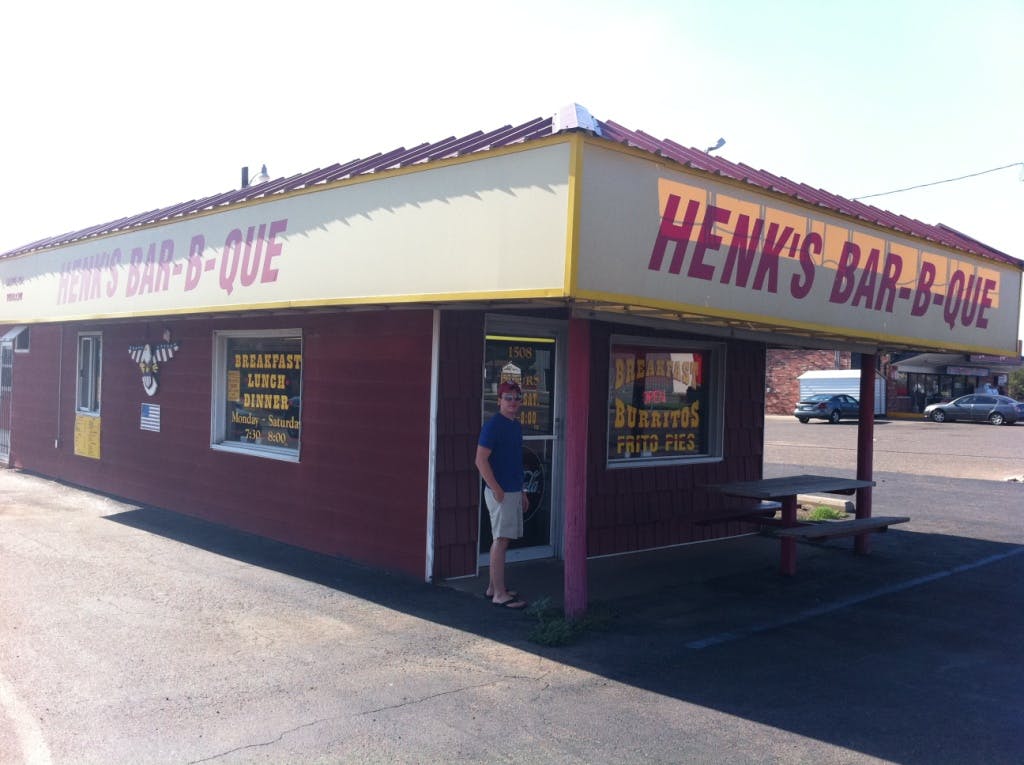 DV: Then what did you do?

GW: I went out to work at IBP, and worked for nine months out on the kill floor.

DV: What was your job there?

GW: I worked the suspended saw for the briskets. I had to wear this belt with four little knives in it. I’d make the cuts as the line came by. I sawed through the briskets bones, straight down. But it was hard to do, and I’d be working double shifts. My dad would make me five barbecue sandwiches just to carry me through.

DV: You were still hungry for beef after sawing through it all day?

GW: Yes. I was just hungry.

DV: When did you leave IBP?

GW: I quit on Halloween night and took a boning knife as a souvenir. I was so glad to leave that place. I said “Thank you, but I hope I never have to go back there.”

DV: Why were you so happy to get out of there?

GW: Every shift was supposed to sharpen the blades before the next shift started, but that didn’t always happen. If it wasn’t sharp, it was hard to keep that dang blade straight, and they just kept coming, vroom, vroom, vroom…[At the start of the shift] they’d open the gate and all the cattle would come tumbling down. They’d use a stun gun, then the head comes off. After that, every couple of feet somebody had something to do all the way around the very big room.

DV: So, there weren’t any carcasses hanging when you started your shift?

GW: No. They’d open the gate when the shift started. They just started coming, and man if you screwed up and they had to turn the machine off…they don’t like that. Everybody was pissed. I did my best to try and do my best.

DV: When the carcass got to you…

GW: It was hanging from the feet without the head. It went all along the line and into the freezer.

DV: Was there a lot of pressure, or was it just boring?

GW: I liked that you came in clean, and you were clean when you went home. It was a pretty good job, but I just kept pulling those doubles to stack up that money so I could open my own barbecue place.

DV: When did you finally open up?

DV: And these were called Gary’s BBQ?

DV: Did your dad have his barbecue joints open then?

DV: Did you open any more locations of Gary’s BBQ?

DV: What was on the menu then? Were you using briskets?

GW: By the time I opened up everyone was using brisket. They didn’t know how to cook plates. That is a secret.

DV: Did it take some getting used to when you started cooking briskets?

DV: What kind of wood did you use?

GW: Hickory. I’d stack it this high all the way around the building.

DV: Where did you get all the wood for cooking?

GW: It came from East Texas in Detroit, Texas. I’d order five or six cords at a time. There were times we’d use mesquite, but it burned so hot.

DV: Do you know why so many places around here are famous for their ribs and onion rings?

GW: That started with Dyer’s and then Sutphen’s.

DV: So, it never spread beyond them?

DV: Do Doug’s and Henk’s still have that condiment bar down the middle?

DV: And, you’re saying that the way Tom & Bingo’s in Lubbock cooks, and the way a bunch of places here in town cook is because of a little joint in Dallas?

GW: Yes. Shoemaker trained them. They had the same thing with the school desks and the relish table.

DV: When did you get out of the barbecue business?

GW: My wife* died in 2008. We had a deli in the barbecue joint. We closed a couple years before she died. She was an awesome lady.

*Debi Williams passed away in 2008 at the age of 67. According to her obituary, she and Gary operated Gary’s Family Barbeque and Deb’s Deli from 1978 until 2002.