When I first saw the website for the Coastal Texas Barbecue Trail, I thought it was some sort of chamber of commerce brain child meant to pump up some mediocre local businesses. Mumphord’s Place in Victoria and McMillans in Fannin were both good enough to make our latest Top 50 BBQ list, but were there really five other barbecue joints in the area that could make an impression? A reader who goes by Rockport Don regularly sends me tips about new barbecue joints he has visited, and he convinced me to check out one on the list that was new to me called Quality Packers Smokehouse. I’m glad I listened.

Quality Packers started as a meat processing business when Tomas Limon II opened it in 1974. It didn’t take long before they got a smoker and started selling barbecue. That smoker was one of the early versions of the now-famous Oyler smokers that are made by J&R Manufacturing in Mesquite, Texas. The Limon family tells me it was the fifth ever made. Four other smokers fill the kitchen, and they’re all churning out barbecue for their new restaurant.

All the cooking happens in the old processing facility in the middle of Victoria like it has been for years. They’ve offered barbecue catering since nearly the beginning, but Lupe Limon (Tomas’s grandson) wanted to open up a restaurant. He started by hawking pre-packaged smoked meats out of a trailer in a gas station parking lot on the southwest side of town. Then the property owner suggested they renovate the abandoned gas station building. There was no hesitation from Lupe and his sisters Victoria and Christina, and in late 2014 they had a bona fide barbecue joint.

Inside are a few booths along the front windows. A meat case with sausage and other Quality Packers meat products sits next to the ordering counter. Desserts made by their baker Crystal Seaman are also displayed above the case making them too tempting to pass on. I went for a mini blueberry pie which ate more like a tart. It was great, and the peach cobbler looked like it had some potential too. 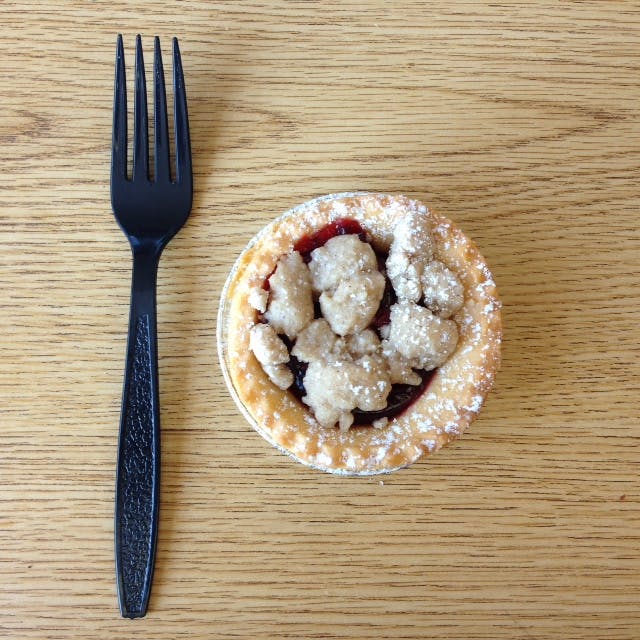 A generous three-meat combo plate came with brisket, ribs, and some of the family recipe sausage. I added a beautifully cooked chicken quarter that was tender, juicy, and smoky. The heavily seasoned skin was crisp and flavorful with a hint of sugar. 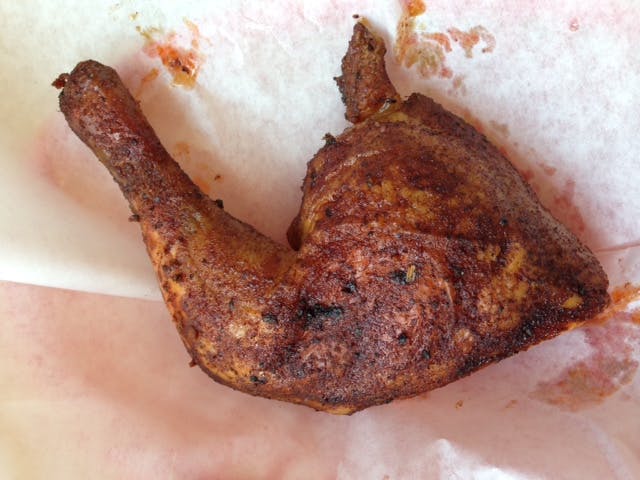 Baby back ribs had a more straightforward sweetness. The meat was a bit thin, but it came from the bone easily and exhibited a decent bark. The best bites were actually from an end rib whose gnarly edges ate like meat candy. The sliced sausage was their original recipe. Sometimes you can find the jalapeño cheese option on the menu, but the heavy black pepper brings a little heat, and the garlic rounds out the flavor of this classic pork and beef link. 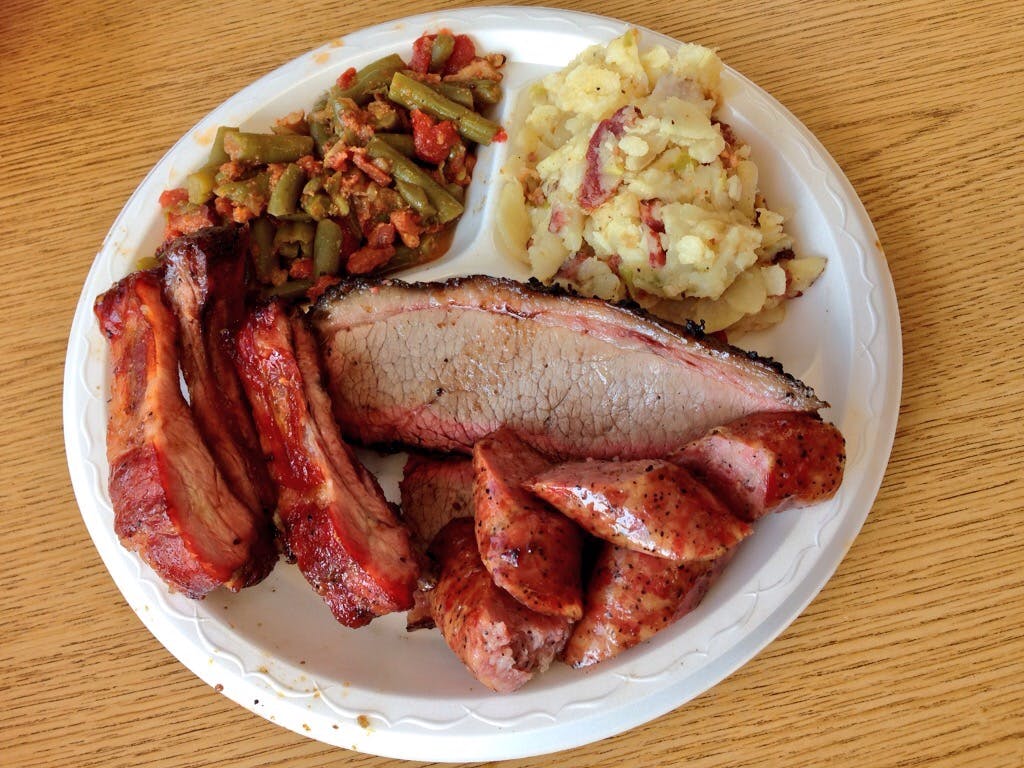 I only tried two sides, but both were fantastic. German potato salad was light on tanginess, but not on the butter. It was rich, with a little spice, and plenty of meaty morsels. The green beans were meat-fortified as well, and with chunks of tomato. Both were welcome diversions from the standard pinto beans and slaw.

All the other meats were good, but it was the brisket that was most impressive. I first got a few slices of lean beef that was still plenty juicy. There was a great balance between the salt, pepper, and smoke, and the line of fat along each slice was buttery tender. I didn’t think it could get much better until I asked for a slice of fatty brisket. 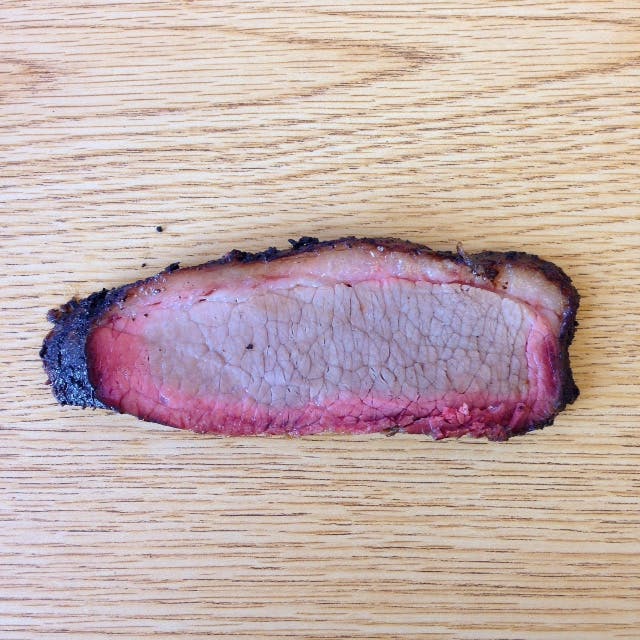 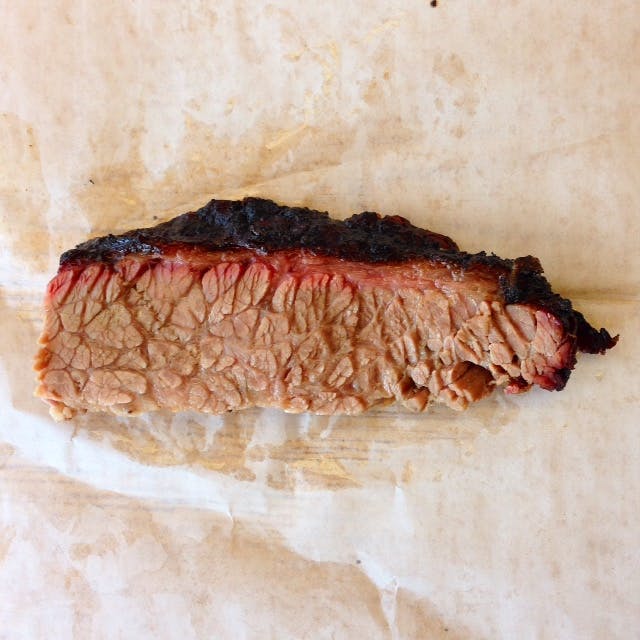 Getting brisket with exemplary texture is rare. The fatty beef at Quality Packers was barely held together by a web of soft fat. The bark had some bite to it giving it a bit of textural dissonance. Every mouthful felt luxurious. This is a family that knows how to smoke a brisket.

Maybe this Coastal Texas Barbecue Trail was a just a PR ploy, but I didn’t mind after it helped lead me to one of the most pleasant barbecue surprises I’ve had in a while. Recognition of Quality Packers barbecue has been a long time coming, and from what I experienced, they deserve it. If you find yourself anywhere near Victoria, it’s worth a detour.