A promising visit six years ago, and the photos of their new offset smoker on Facebook had me excited to visit Rap’s BBQ. They opened up in a shopping center in Plano five weeks ago after a long hiatus from the barbecue business. Alex, who was working the front counter, said they were broken into four times in six months in their old East Dallas location. When it closed in late 2010, the employees all went back to their day jobs. Now the crew is back together in the new spot. 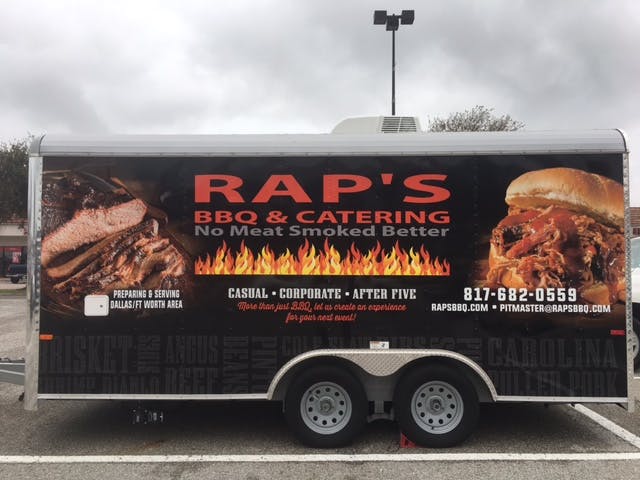 A large catering trailer is parked in the lot out front, but there was no sign of the handsome smoker I had seen online. Turns out it’s for sale, and they really smoke with pecan and hickory wood chips in an electric SmokinTex electric smoker. It worked far better on the brisket than I would have expected, but they’re already in the market for a new smoker. Alex told me, “There’s one for sale in Dallas that can go fifteen hours with just one log.” That sounded like a gas-fired smoker. I asked how they’d get the good smoky flavor for all their barbecue from just one log, and he assured me it’d be fine. 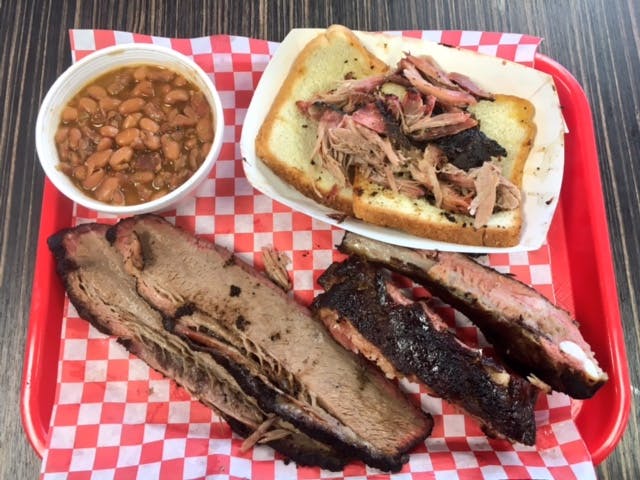 The cabinet smoker provided a balanced smokiness to thick slices of lean brisket. The Angus beef was a bit tough, and a touch dry, but had a nice line of well-seasoned fat along the top. Chopped brisket also had good flavor that was boosted by the homemade sauce. It’s a tomato-based sauce with some vinegar zip and a kick of spice. It’s sweet, but not too much so, and is built for pork. I slathered some on the tender spare ribs, and dunked the chunks of smoked pork shoulder, their best smoked meat, into a pool on my tray. 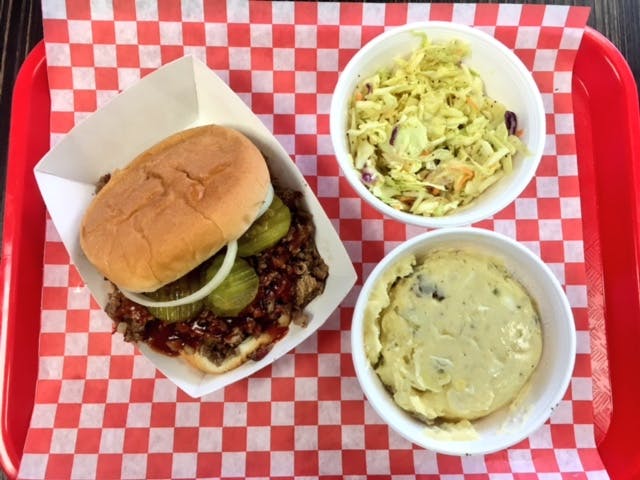 The chicken needed more help. It was cooked in the same smoker, so I’m not so sure how it came out so thoroughly bathed in a layer of black creosote. The skin was inedible, and the meat was dry despite injections of Italian dressing that looked as though they were administered with a caulking gun. Italian dressing continued to spill out onto the tray as I made my way through the half bird. 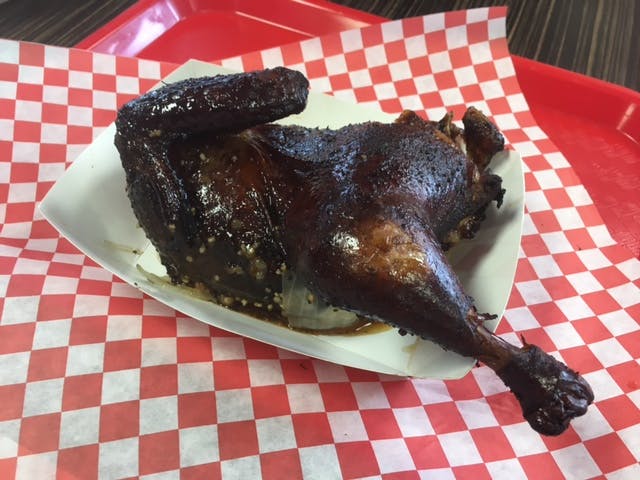 I had gone in hoping for one of the monster stuffed potatoes featured on their menu, but their oven was broken. Instead I ordered a burger and a side of what turned out to be mushy, previously frozen fries. (They make a regular burger and a brisket burger that’s a mix of chopped, smoked brisket and ground beef. I opted for the latter.) It had promise, but was overcooked and thoroughly dry, not to mention too small for the Texas toast it was nestled between. 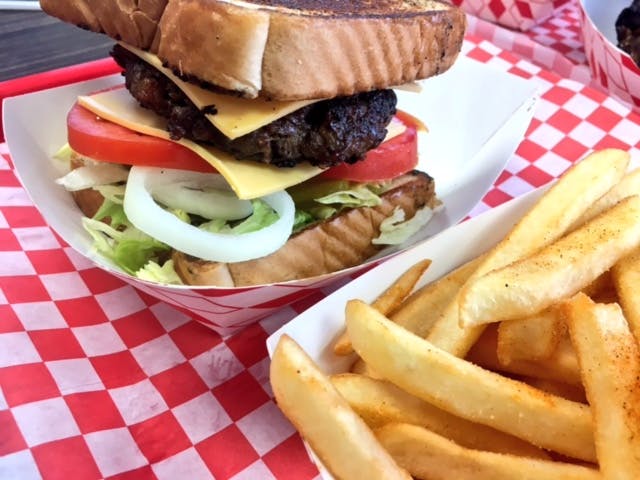 Canned pinto beans are found far too often at Texas barbecue joints, so it was nice to find a great side of freshly-made beans flecked with bacon and cilantro. A mashed potato salad had a touch of mustard, and a healthy amount of eggs. The crunchy slaw was an oil and vinegar version instead of mayo-based. It was a solid trio.

Owner Reggie Parker send me a note that Rap’s BBQ was back, and I was more than curious how his once promising barbecue business would remake itself six years later in a new location. Rap’s BBQ isn’t really any better or worse than it was back then, which puts it in a challenging spot amongst the rising tide of quality barbecue around the city. Even smoking with wood chips or whatever new smoker they end up with, Rap’s makes some impressive homemade sides and great pulled pork. That could make them a decent option in the neighborhood, and not much more. But that might be enough to make it this time around.