Hisako Roberts, age 104, passed away peacefully Thursday night. She founded the Salt Lick BBQ in Driftwood with her husband, Thurman, in 1967 on land the Roberts family settled in the 1870s. It was just a pit by the road back then but quickly grew into a bonafide restaurant. After Thurman passed away in 1981, Hisako ran the Salt Lick until her son, Scott, gave her a break in 1987. Scott Roberts still operates what has become a massive and beloved operation in Driftwood and in multiple locations beyond.

The barbecue at the Salt Lick has those familiar flavors of Texas smoked meat, but some of the sides offer a few surprises influenced by Hisako’s Japanese heritage and Hawaian background. The vinegar slaw with black sesame seeds and the mayo-free potato salad with celery seed were Hisako’s touches and have now become signatures of the Salt Lick experience.

In 2012, Scott shared his memories and family recipes in the Salt Lick Cookbook: A Story of Land, Family, and Love, written with Jessica Dupuy. In this excerpt, he beautifully recalls his mother and the work ethic she installed in him. It also includes a recipe for her chicken and dumplings, a dish he loved.

My mother wasn’t from around here. She was from Hawaii; her parents, from Japan. When my father served in the Navy in World War II, he was stationed in Kauai. That’s where he met Hisako Tsuchiyama, on the porch of a grocery store, and fell in love. Her sister, who we called Aunt Tommie, was a translator for General MacArthur and went to Japan in his company. But Hisako didn’t have her sights on the country of her heritage. She wanted to go to the mainland—especially after she met my father, Thurman. They fell in love and married.

Thurman knew he wanted to plant his roots back home in Driftwood, so he brought Hisako there to start a life together. She had a master’s degree in psychology from UCLA, but she never took her education or career beyond that. Once she married my father, she devoted herself to building a life with him in Texas and starting a family. Bringing a Japanese wife home to Texas in the 1940s was a bit controversial, but it didn’t seem to bother my parents. Driftwood was small then, and whatever negative thoughts people had did nothing to change their plans to start their family together.

My father’s bridge construction work kept him on the road most of the time. Once we moved to Driftwood, my mother often went with him during the week while he worked on projects. That’s how I came to spend so much time with my grandmother, Roxie. I don’t have specific memories of my mother in the same way I do Roxie. My mother was usually very serious, she was very hardworking, and she was a perfectionist. She also had a knack for keeping everything to reuse—I think they call that recycling these days. In many ways, she was an environmentalist before her time. She kept everything: pickle jars for pickling watermelon rinds or cantaloupe, plastic bread bags to wrap up to-go orders at the restaurant, and cardboard boxes to package up large to-go orders. And paper egg cartons? She used those as kindling for the pit fires at the Salt Lick.

She was extremely supportive of my father. She was always thinking of ways to help him be successful at whatever he was doing, whether it was in the bridge-building business, in the pecan-shelling business he began in Driftwood in the mid-sixties, or in the barbecue restaurant. She was industrious and found a use for just about everything. Nothing went to waste.

When I think back, it seems all I remember my mother and father doing is working. Whether it was on our property, at the restaurant, in the garden, in the kitchen, Hisako was always doing something productive. It was just her way. One time she told me, “I’m really sorry that we didn’t hug you a lot or that we weren’t very encouraging in your childhood, but we were just not those kind of people.” It’s not the most nurturing acknowledgment to get from your mother, but I know that she was saying she loved me, even if she and my father didn’t show it like many other parents do.

It didn’t really make a difference to me growing up. That’s all I knew. My parents worked. And they taught me to work. It never meant or felt like they loved me any less than anyone else I knew. It was just the way it was.

Though the food we serve at the Salt Lick is barbecue, my mother, just like family members in the generations before her, added a little something of her own to the menu. To enhance dishes such as our coleslaw and potato salad, she added popped sesame seeds and celery seeds—flavors she grew up enjoying as a child in Hawaii. There was a time on Thursday nights that my dad would cook steaks at the restaurant. She would add her touch by making tempura-fried shrimp along with chrysanthemum petals and all sorts of vegetables from our garden. Zucchini squash, sweet potato, onion, parsley, green beans—she would tempura just about anything that was in season.

After my father passed away, in 1981, my mother continued to run the restaurant. I had a job in Austin, but I would come up on the weekends to help her out. It wasn’t until 1987 that she retired and let me run everything. Of course, she never really let go of the business. She was always keeping an eye on things. She lived just down the road, so it was easy for her to check in. She would pop in daily and share her “wisdom” on what we were doing wrong. (She has shared a lot of that wisdom over the past several years.) For so much of her life with my father, the restaurant was all she had so it was hard for her to just let go of it. She still visits and she still shares but not as much as she used to.

When cooking for us, she made all sorts of dishes. Some things were Southern, like chicken-fried steak and venison chili. But more than that, she also looked to what we had in our gardens. She would use those ingredients and adapt them with flavors from her heritage. Instead of Southern-style black-eyed peas, she used them in a stir fry. Instead of serving chicken-fried steak with mashed potatoes and gravy, she served it with white rice. She swore Texas had some of the best rice in the world and didn’t want to mess up a dish with plain old potatoes if she could use rice instead.

In fact, there was a time when visitors from Japan would show up at our house. I didn’t understand why they were there, but I later found out that they had come all the way over from Japan for Texas rice. Some of them said it was the second best rice in the world, compared to Japanese rice. And I remember one man said he thought the Texas rice was just as good if not better than Japanese rice—though I doubt that he’d go on record with that, even if I could find him. My mother would play host to the visitors so they could get their bearings in Texas before they heading down to the Victoria area to taste Texas rice.

In a lot of ways, Hisako was one of the first fusion-style cooks in Texas. She was about 50 years ahead of her time. She and my dad sold their produce and some confections that she made to area grocery stores. She sold fresh fruits and vegetables as well as jams made from figs, dewberries, blackberries, and wild mustang grapes. She even made pralines to sell, in all sorts of flavors—regular brown sugar, lemon, cinnamon. That was when we had the pecan-shelling and spice business. We imported all sorts of spices and distributed them to grocers and restaurants. We also shelled pecans by the ton and sold them. In our largest production year, we sold more than 250,000 pounds of pecans.

Both Roxie and my mother made amazing Chicken ‘n Dumplings. But my first experience with the dish was from my mom’s recipe, which had really fluffy dumplings. Roxie’s dumplings were more flat and dense. They were good, but they didn’t look right to me. I’ll never forget the look on her face when I told her she was making her dumplings wrong. Thinking back now, I’m lucky I ever had Sunday dinner at her house again.

Though their recipes were different, they did share the same secret, which is to start the day before so that you can remove the fat. In the South? Remove the fat? Yes, it is heresy, but it is true. Chicken and dumplings is just a better dish without the fat.

Place all ingredients into pot and add additional water to cover if necessary. Bring to a boil, cover, and simmer. Cook chicken until it is firm and tender, thigh juices run clear, and vegetables are tender.

When ready to prepare the dish (at least 24 hours later), skim fat from top of broth and discard. Place pot on burner, add back chicken and vegetables, bring to a boil, and reduce to a simmer.

Place flour into a bowl, add ½ cup milk,  and stir to make a batter with no lumps. Place 3/4 cup broth and remaining milk into pot, and bring to a boil. Add remaining ingredients and simmer until thickened. Stir mixture into broth.

Combine flour, salt, and baking powder in bowl. Stir in milk and oil. Let rest a few minutes. Drop mixture from tablespoon into simmering gravy until surface is covered or dough is used. Dumplings slide off easy if you dip spoon in gravy each time. Cook uncovered, simmering for 5 minutes. Cover and cook covered for an additional 5 minutes. Ladle chicken and gravy into warm bowls, top with dumplings, and serve.

Note: the key to Hisako’s chicken and dumplings was light and fluffy dumplings. She would gently place the dough over the chicken and gravy so they would puff up and cook without getting weighted down. 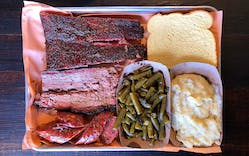 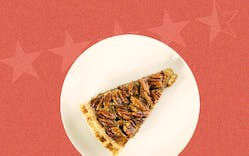 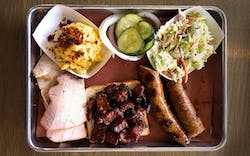