Much of the attention in the last days of the 86th Texas Legislature was rightly focused on education and property tax reforms, but there was also some significant BBQ news as well. On May 17th, Governor Greg Abbott signed into law House Bill 2223, known as the “BBQ Bill 2.0,” which sought to clarify language from the first iteration of the BBQ Bill in 2017.

We reported last year on Agriculture Commissioner Sid Miller’s obsession with barbecue scales. In 2017, it had seemed like the Legislature had relieved Miller of his duties of regulating barbecue scales. But after some back and forth with legislators, Miller  asked the attorney general to clarify the Texas Department of Agriculture’s authority to regulate barbecue scales (and other similar scales like those at frozen yogurt shops). The attorney general responded in a letter last April telling Miller essentially that the ag department would probably lose a legal battle if it continued its inspections and collection of fees from barbecue joints. Miller ignored the attorney general’s advice. When I asked Department of Agriculture spokesperson Mark Loeffler about the decision last year, he said, “The Attorney General’s letter is non-binding but has been thoroughly reviewed. Our inspectors will continue to do the work they do every day to protect consumers as outlined in TDA rules.”

Because Miller wouldn’t relent, the Texas Restaurant Association was gearing up late last year for a legal fight. Instead, a new bill, HB 2223, was introduced by state representative John Frullo and state senator Charles Perry. Entitled “Relating to the exemption of certain commercial weighing or measuring devices from registration and inspection requirements,” the bill clarified the meaning of “immediate consumption.” That’s a key phrase. The Department of Agriculture had narrowly interpreted it to mean consumption of food within the restaurant it was purchased in, therefore giving the agency authority over scales used for any barbecue sold for takeout. The new bill revised the wording to refer to products “sold ready for immediate consumption, regardless of whether the food is consumed on the premises where the food is weighed and sold.”

With the new law set to go into effect on September 1, I guess this means TDA inspectors will no longer be showing up at barbecue joints, but then, we assumed that was the case after the first BBQ Bill passed in 2017. I asked Loeffler if the department had any comment on the BBQ Bill 2.0. His full response: “We will implement the law as written.” 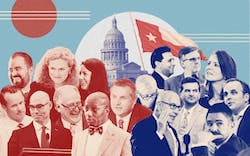 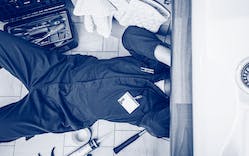