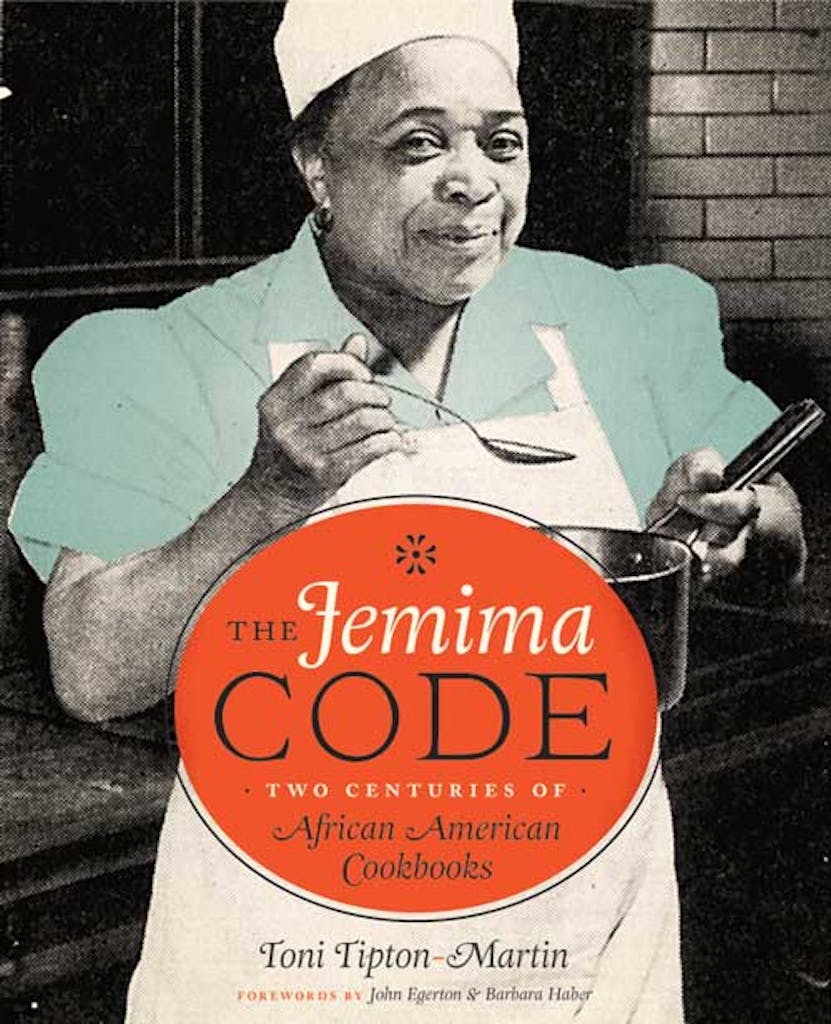 exas publication The Jemima Code: Two Centuries of African American Cookbooks recently won the James Beard Foundation’s award for the best cookbook published in 2015 in the reference and scholarship division. The award was announced April 26 in New York. The author is Austin-based journalist Toni Tipton-Martin, and the publisher is the University of Texas Press.

Speaking recently at the Foodways Texas annual symposium in Austin, Tipton-Martin talked about accumulating, over the decades, a massive collection of historic and new cookbooks with recipes from black cooks from all over the country. These books often capitalized on the massive appeal of so-called soul food recipes, like fried chicken, pork ribs, and black-eyed peas. But at the same time, they gave little or no credit to the cooks who had perfected them, especially early on. The Jemima Code is amply illustrated with pictures of books like Aunt Priscilla in the Kitchen (1929) and Soul to Soul: A Vegetarian Soul Food Cookbook (1976).

In her talk, Tipton-Martin explained that the term “Jemima Code” refers to the once ubiquitous image of an African American slave woman wearing an apron and a bandana that for years appeared on boxes of Aunt Jemima pancake mix and syrups. In her book’s introduction, she wrote, “The Jemima Code present[s] a new picture . . . [granting] recognition to a group of people with little traditionally documented history.”