This weekend, a host of well-known chefs, mixologists, sommeliers, and restaurateurs will descend upon Austin for the second annual Austin Food & Wine Festival.

Here, Christina Tosi of Momofuku Milk Bar in New York City talks about her fascination for Austin, kolaches, and barbecue, what David Chang has taught her, and writing a second cookbook.

Layne Lynch: Welcome back to Austin! What made you decide to return for year two, and what are some things you’ll be participating in at the festival?

Christina Tosi: I’m pretty much madly in love with Austin. I was born in Ohio and raised in Virginia. My first trip to New York City was when I moved, so needless to say I had never been to Austin until two years ago. I’ve been back eight times since. It is easily my favorite place to visit. Having to go for work is the best excuse ever! At the festival, I’ll be teaching an intro to Milk Bar cakes called Take On Cake. I’ll talk about the theory and thought behind several techniques from the cake itself, the layers and fillings, why I refuse to cover the cakes sides, etc. Spoiler alert: I’ll be slicing up and serving chocolate chip cake. On Saturday, I’ll be walking the savory line at the Rock Your Taco event. I’ll be rocking my love letter to New York City on a white corn tortilla with brisket, pastrami, Russian-dressed slaw and sauerkraut, pickled mustard seeds, and toasted caraway seed.

LL: A lot of Austin pastry chefs I’ve talked to credit you for bringing a newfound energy and creativity to the pastry scene. If you could be so kind, would you describe your creative process and how it translates to the dessert plate?

CT: That’s an awfully generous statement and way too much credit! When I first opened Milk Bar, I was quite adamant about making sure it was a true, honest reflection of life and food through my eyes. There was no intention beyond that. I credit everything else to the masses that received it so enthusiastically. I am also incredibly fortunate to be given a canvas to create within the Momofuku name.

My creative process is pretty simple. Milk Bar is an unyieldingly collaborative environment. Everyone is asked, encouraged, and required to participate. Inspiration has to be pure. There is a big difference between being inspired and being influenced. I think of creating as walking to the beat of your own drum. It’s not being crazy or different just because. It’s really checking your idea at the door and being honest about it. A good idea is inspired, honest, and pure. A good idea is not wacky to be wacky or trendy to be trendy. Creative minds inspire creativity. It’s kind of like improv. The rules are there, and there are no bad ideas. We just go from there. All it takes is an honest heart, a love for food, and anywhere from one day (Milk Bar’s cereal milk), to twenty-four months (Milk Bar’s birthday cake), to four years (Milk Bar’s pancake cake)!

LL: Are there any restaurants, bars, or bakeries you want to check out while you’re in Austin? How about any local pastry chefs?

CT: Yes! I always check on Laura Sawicki, a pal from New York City back in the day; her flavors never lie! Jodi Elliott from Foreign & Domestic’s Saturday Bake Sale. I always go to Elizabeth St. Cafe and buy one of every pastry. Gourdough’s Doughnuts. Kolaches from anywhere they’re for sale. Philip Speer and the whole Uchi team. Callie Speer [at Swift’s Attic] always has something awesome she’s working on. I’m also going to check on Paul Qui and his team at [Qui’s] pre-opening.

I am forever on a queso quest and a migas taste test. Amaya’s Taco Village is always an important stop, as is Snow’s for barbecue and their sneak attack pecan pie. Saturday morning I plan to bust a move to Lexington first, then hit up Foreign & Domestic after. I could go on my seven-day agenda, but I’ll spare you!

LL: You work closely with David Chang. He’s one of the most knowledgeable and opinionated chefs in the industry. What is the greatest lesson he has taught you thus far?

CT: When Momofuku was still quite small, we spoke a great deal about the value we put in our staff and the importance of growing what we do in order to create opportunities for the great people on our teams. We’re breaking the chain of what you typically find in a restaurant: a great staff that ends up leaving or moving on because there’s no real long-term room for growth. We are only as good and strong as our dedicated team. Challenging the rules is vital. We’re pushing to pay the staff as much as possible, providing benefits to all the staff, and providing real room for growth, as well as every other aspect – food, style of service, etc.

LL: What is your perfect dessert?

CT: My perfect dessert is quite vague. It’s balanced, has a depth of flavor, a point of view, texture, and is inspired. Not influenced; there’s nothing worse than that. It has a connection that’s made; an “aha” moment. A conversation between the maker and the eater. In my mind, every dessert has the potential to be a perfect dessert to me.

LL: What’s next from you? Can we expect to see a new cookbook or bakery anytime soon?

CT: Yes! I just sold Milk Bar Life to Clarkson Potter and have begun writing it. We don’t have a firm publication date yet, but I imagine it will be out sometime in 2014. It’s all about the culture, community, and heart of Milk Bar. The silly things that drive us, the inside jokes that keep us smiling every day at work, and the off-the-menu food that fuels our creativity and inspires us to keep pushing. 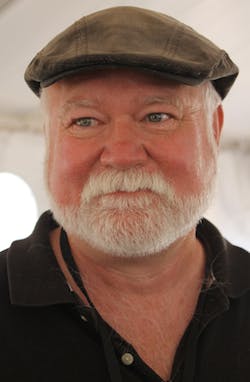 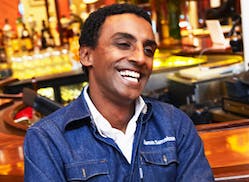