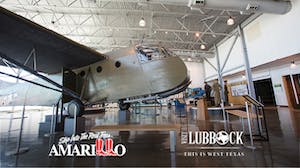 There’s nothing like a bandwagon. No sooner did Food & Wine and Bon Appétit fall all over themselves to give Austin a whole lotta love than StarChefs.com (an online magazine for chefs and culinary insiders) decided to hold one of its four national awards ceremonies in Austin this year.  Their editorial board scoured the landscape for the top talent in Texas’ capital city (and in San Antonio, too) and recently announced more than a dozen winners in nine categories. As a result, in February, a gaggle of the hottest chefs in Austin and San Antonio are going to be in one place at one time, offering samples of their best bites. And there will be some choice wine and cocktail sips too. Here’s what you need to know: The tasting will be held on Tuesday, February 21, from 6 p.m. to 9:30 p.m. at the Driskill Hotel. Tickets are $85 for regular admission, $125 for VIP, and can be purchased online at starchefs.com/tickets or by calling 212-966-7575. So, is StarChefs.com on the mark as far as their choices go? In my humble opinion, absolutely. They considered around 60 candidates (which they found through talking to local media and doing their own research, followed up by in-person tastings and interviews). OK, it’s time to cut to the chase. Who won? In the chefs category, it’s David Bull, Congress; Ned Elliott, Foreign & Domestic; Aaron Franklin, Franklin Barbecue; Bryce Gilmore, Barley Swine; Rene Ortiz, La Condesa; Paul Qui, Uchiko; Quealy Watson, The Monterey, in San Antonio; Andrew Wiseheart, Contigo. In the pastry chefs category, it’s Plinio Sandalio, Carillon; Philip Speer, Uchiko. In the sustainability chef category, it’s Michael Sohocki, Restaurant Gwendolyn, in San Antonio. In the hotel chef category, it’s Josh Watkins, Carillon. In the artisan category, it’s John Bates and Brandon Martinez, Noble Pig. In the restaurateurs category, Tyson Cole, the Uchi group; Jason Dady, Bin 555, Tre Trattoria, Two Bros. BBQ Market, all in San Antonio. In the sommelier category, it’s June Rodil, Congress. In the mixologist category, it’s Jeret Peña, The Esquire, in San Antonio. The host chef is  Jonathan Gelman, Driskill Grill. (By the way, the photograph is from a StarChefs.com  gala held in New York last year.)