Editor’s Note: The Texas Monthly BBQ Festival is almost here! Each day until then, we’ll be talking to one of the featured pitmasters, with questions from TM staffers, esteemed BBQ experts, Twitter followers and you, the readers of this blog. Today we bring you Cliff Payne, 58, of Cousin’s Bar-B-Q, which has six locations around the Dallas-Fort Worth Metroplex, including two nestled inside DFW Airport. Cousin’s sausage and beef ribs both won People’s Choice at last year’s festival. For more info, visit their page on TMBBQ.com.

What kind of wood do you use? Green hickory

Who did you learn your craft from? My dad started in the restaurant business in 1967 when we opened a seafood restaurant in San Antonio. My dad would work about one hundred hours a week so we’d go to the restaurant to visit him, and if we went to the restaurant we had to work. I started when I was twelve. I went from scrubbing floors and peeling potatoes to helping cook. We did that for about fifteen years, then we decided in 1982 to get into the barbecue business. Dad learned it from Walter Jetton, he was the big barbecue man, and my dad worked part time for him. In ‘83 we opened in Fort Worth and have been doing it ever since.

What’s the best thing you smoke? Well, brisket is our biggest seller and everyone loves our ribs, but each one of our products has something special about it. We’ve got the best chicken in Fort Worth and we make our own sausage that won in Austin last year. So probably brisket, ribs, chicken and then sausage.

Sauce or no sauce? We put sauce on the side. All the barbecue I eat there’s no sauce on it though.

Do you make your own sausage? Yes, in two styles, smoked German sausage and jalapeno pepper sausage. About twenty years ago we brought over a young man from Germany—a sausage master, and he got us in the right direction with the German sausage with some trial and error. Our other kind is a hot link, with jalapeno and cheddar in it, which won at the festival last year. People were really talking about that. We make everything in small batches because it is all hands-on. We don’t have the big equipment to mass produce it.

What temperature do you generally try to maintain when you smoke? Slow and low or high and fast(er)? Slow and low, we’ve got several pits and we cook the brisket at the lowest for 23 hours. As soon as they come off we load the pit for next day. We try to keep the temperature at about 210.

What non-secret ingredients are in your spice rub? We do that a little different. I know salt and pepper is a Central Texas kind of deal and stuff, but we’ve got four other spices in our brisket rub as well.

Do you start a new fire each day or do you keep the same one going? Our fire never stops, it goes seven days a week because we are using green hickory and its hard to get that type of wood burning.

What should the home smoker look for when picking out a side of brisket from the market? Is grade important? I guess it depends on the person’s experience or their knowledge of cooking on the smoker. We always buy the highest grade and the best quality so if you start with best quality your finished quality will be the best. I’d suggest buying at least a [USDA] choice brisket with a high fat cap. When it comes to wet aging—and a lot of people disagree with me on this—but we prefer to order the freshest brisket instead of aged ones. If you use the proper techniques you’ll get better results with a fresher brisket.

What’s the one other piece of advice you’d give to someone smoking a brisket at home? At home you can do it little quicker than what we do. Ideally you’d want to go twelve to fourteen hours and not a lot of people have the patience to do that. The biggest thing is temperature control and not letting your fire go up and down. The art of barbecue, as a gentlemen in Alabama who’s been in the business with his family for over one hundred years says, [is that] a pitmaster’s experience is directly related to size of his ash pile. It’s trial and error. The more you do it the better you’ll get.

Do you use or have you considered using a gas- or electric-fired smoker, such as a Southern Pride, Ole Hickory, or J&R, for any of your meats? No ma’am. The flavors will pull off on gas and the electricity generates other flavors.

Favorite barbecue in Texas other than your own? That’s a tough question. I’d hate to hurt anybody’s feelings and everybody has their own way of doing it, but I guess John Smitty’s BBQ. [“John” being pitmaster John Fullilove.]

Ever have any Texas barbecue outside of Texas? What did you think? We all love the barbecue we grew up with and if its an older establishment that you’ve been going to for years then that’s kind of the flavor that you like and compare all other barbeque to. Even regions of Texas are different, so in their own way I appreciate all of them. I enjoy it all and I appreciate it for what it is and the way they do it. My hat’s off to them ’cause this is a tough business. – JESSICA HUFF 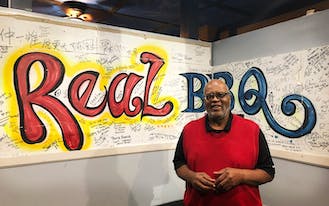 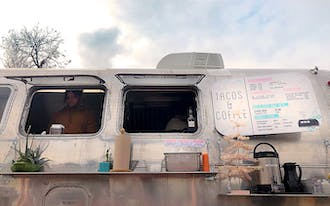