Through recent years of watching celebrity chefs like Mario Batali and Giada De Laurentiis magically unveil classic Italian dishes on television screens, many have been convinced the dish is as easy as 1, 2, 3 (eggs, flour, water). But the chefs and cooks who have mastered it know better; the truth is, pasta is utterly deceiving.

Nevertheless, a new food trailer has deemed itself up to the culinary challenge. Regal Ravioli, a vibrant yellow trailer, has parked its wheels in East Austin and invited all ravioli lovers to come out and chew. Speaking to those who are awaiting cooler temperatures to brave outdoor dining, the blackboard outside wants a word with you: “No, it’s not too hot for pasta.”

Behind the trailer’s small, sliding window stands Zach Adams. Adams spent over a decade with The Neighborhood Restaurant Group in Washington, D.C., opening an eclectic mix of restaurants, and also has a film degree from American University. Two years ago, he migrated to Austin, hoping to undertake a new direction. He spent those two years working as a bartender at Corazon at Castle Hill, studying the techniques and styles of local food trailers in his spare time. Within a year, he found an open niche and began developing the menu and concept of his trailer.

Despite being born and raised in New Jersey by a Sicilian mother, Adams quickly nixed the assumption that he cooks Italian food because of his heritage. “The idea to open the trailer came after I realized I wasn’t getting the food options I was used to after I moved here. It got me really excited to know that there might be an opening in this saturated trailer market,” he said. “I don’t want my food to be categorized as strictly Italian, though. Just because it’s pasta doesn’t mean that it is only Italian food. I’m going to think outside the box of heavy red sauce and loads of cheese.” The primary option on the menu, ravioli, is where Adams’ innovation breaks free. “I have hundreds of ravioli ideas in my head,” he said. “I can’t wait to start trying all of them out.” Utilizing Texas ingredients has only aided in his creations. “Smoked food is wonderful, and I want to figure out how to start incorporating more of that in my dishes, and the use of chili peppers has opened up a window I knew was there, but didn’t think all that much about,” he said. “I’ve been able to get in touch with all that this region has to offer.”

The staples of his primarily local, primarily organic ingredients such as eggs, mushrooms, sausage, lamb, and sweet potatoes, comes from sources like Farmhouse Delivery, Peach Creek Farm, Johnson’s Backyard Garden, Milagro Farm, Vital Farms, and Kitchen Pride Mushroom Farms, to name a few. “We are using high-quality products, and my hope is that it comes through in the flavors and tastes of the food,” Adams said. “It’s the way I choose to feed myself, so it wouldn’t make sense for me to open up a trailer and serve people something less than what I would eat.” Oddly, when Adams first opened, he expected to mainly sell the classic, well-known offerings, such as his Cheese Ravioli made with ricotta, mozzarella, fontina, and Parmesan cheeses. However, Austin eaters have surprised him. They crave the bold risks he takes. “It’s awesome because they are more into things like the Beet Ravioli. They appreciate the unique takes I’m doing.” Come fall and winter, Adams is hoping to showcase new ingredients and dishes such as brussels sprouts, tasso ham, pumpkin gnocchi, and a possible seafood ravioli. The menu offerings will change frequently, but the dishes I sampled were the Sweet Potato Gnocchi, the Sausage & Peppers Ravioli, and the Squash Ravioli. Gnocchi is a notoriously hit-or-miss dish. Its outcome vigorously rides on its delicate texture, and it only take a minor misstep to turn the dish too firm, or worse, too mushy. Regal Ravioli’s Sweet Potato Gnocchi made with Parmesan and fresh nutmeg successfully captures that extremely delicate balance. The Lamb Bolognese Sauce is one of the two recommended sauces for the dish, and it showcases the dish wonderfully well. (Tomato Marinara, Veggie Ragu, Veloute, and Pecan Pesto are the current additional sauce options.) 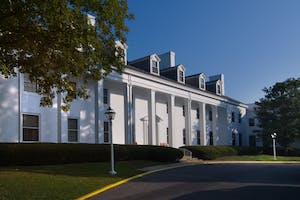 Of all the ravioli choices, the Sausage & Peppers Ravioli is the champion. Inside the intricate folds of the square pasta lies a blend of Italian sausage, roasted green and red bell pepper, ricotta, and mozzarella. None of the ingredients is at war with the other, allowing each one to find a place in the dish, and at the finish of every bite there is a pleasant, subtle burn. A simple sauce, such as the marinara, pairs best with this meat ravioli. The Squash Ravioli was a nice finish to the feast, made with roasted butternut squash, poblano, collard greens, and cream cheese. Again, balance is what this dish achieves best, with a solid presentation of squash, but an equally welcome attendance of the hot poblano pepper. Topped off by Pecan Pesto, some the components of this dish seemed out-of-place (given, yes, the unforgiving Texas heat), but it won’t stop anyone from slicing in with a fork. (Regal Ravioli, East 6th Street and Comal Street. Open: Tuesday through Friday, 11-4. Thursday through Saturday, 5-10. Facebook. Twitter:@RegalRavioli. Squash Ravioli: $8, Sweet Potato Gnocchi: $6, Sausage & Peppers Ravioli: $9) – LAYNE LYNCH