As a barbecue trailer in Texas, the Smoke Shack, in San Antonio, has quite a reputation to live up to. Franklin Barbecue has changed the game for all of us, and even Hitler is into their ‘cue. While no one can live up to that kind of marbled perfection, the Smoke Shack turns out some tender plates on the weekdays and tasty sliders on the weekends. My favorite was the chopped brisket slider, with a tiny toasted bun and plenty of sauce to go around. The pulled pork was addictive, tender and juicy, and the thinly-sliced sausage, though a bit chewy, satisfied nonetheless. If anything, the only downside of the meal was the overly sweet sauce that made it feel a bit like eating dessert rather than hunkering down with a big hunk of meat. 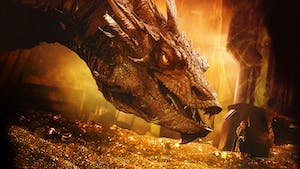 Now for the sides. I liked the spicy corn in a tomato base, with a fun kick that hit the back of your throat when you least suspected it. The potato salad was nice as well, with little mayo or mustard but instead big chunks of potato with the skin still on—rustic and filling, though it had enough pepper to make the slider next to it sneeze. The coleslaw was the perfect crunch on a hot summer day. Whereas Franklin’s exterior recalls 1960s kitsch, the Smoke Shack hits up Texas vintage in the best way: distressed, gray wood, an American flag, and the truck’s name branded on the side as if the trailer itself were a nice, fat cow in the pasture. 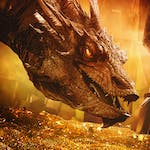 Chris Conger, a former chef at Dallas’ Smoke restaurant who runs the trailer with his wife, Kate, built the shack himself, along with family and friends. The two currently just serve lunch, but they expect to extend to dinner soon. And that’s not all the two are expecting: Kate is due to deliver a baby this month. With two professional pitmasters as parents, that kid is going to be one lucky Texan. 2347 Nacogdoches, 410 & Nacogdoches (210-829-8448), San Antonio, Mon–Fri 11–2. Pearl Brewery, 200 E. Grayson (210-829-8448), San Antonio, Sat 11–2. Closed Sun. Posted by Megan Giller. To read more from Megan Giller, visit her website at www.megangiller.com.