It’s expected that anyone in my family who travels to India will take along a spare suitcase, to fill with goods to bring back for everyone back in the States—sari blouses, bangles, bhujia (a crispy snack), neem oil shampoo. My India request is always the same: a box of kaju katli (also known as kaju ki burfi) from Evergreen Sweet House in Delhi. Kaju katli is my favorite variety in the massive library of Indian sweets known as mithai. It’s a sugary, cashew-based diamond with a soft, fudge-like chew and edible silver on the top for aesthetic flair. You’ll find kaju katli in any mithai shop, but the reason I’ve always considered Evergreen the gold standard is the texture of its version—uniformly smooth, not too dense, no pebbly cashew bits hiding inside.

So when I arrived in Dallas a month and a half ago, I was excited to find a bag of Evergreen kaju katli stashed in my parents’ freezer, brought back from their last trip to India. Unfortunately, I polished off that batch in a week without even thinking about when we would get the chance to replenish. With the way things are going, I’m not going to India anytime soon. Meanwhile, India is experiencing its own humanitarian crisis—because of the coronavirus lockdown, millions of migrant workers are suddenly out of work and unable to feed themselves.

This past weekend, my mom suggested we try replicating the Evergreen kaju katli at home. The basic recipe is not that hard, she said. Just a few ingredients: cashews, sugar, cardamom, and a little ghee. She even unearthed these gorgeous sheets of edible silver from a bottom drawer. They were about forty years old, given to her in India around when she and my dad got married. I wasn’t going to say no to the opportunity to make kaju katli topped with edible silver as old as my parents’ marriage.

I read a bunch of recipes online but decided to mostly wing it. I blitzed some raw cashews into a powder and tossed them with simple syrup, freshly ground cardamom, and a spoonful of ghee in a pan over low heat, letting the mixture ball up into a dough, which took about fifteen minutes. I kneaded the dough for about five minutes (this part, admittedly, was painful, since you have to knead the dough while it is still hot so it doesn’t harden; it essentially feels like kneading lava). I then took the dough out of the pan and placed it between two pieces of parchment. I rolled it out, removed the top parchment, and carefully laid the edible silver on top; some of it had tarnished, so I didn’t have enough to cover the whole surface. I got out measuring tape and started methodically slicing the dough into diamonds (let me assure you, I am not usually a measuring-tape-in-the-kitchen kind of person).

I let the shapes harden slightly, which took just a few minutes at room temperature, and then arranged them on a plate. Most of them weren’t perfect diamonds. The edges were jagged. The silver coating was uneven. But they tasted great. The bits of cardamom livened up each bite. The butterscotch-y taste of the ghee came through. The cashews rounded out the rich flavor. Maybe less sugar and a little more ghee next time, but for a first attempt, it wasn’t bad.

I’ve now replenished the bag that used to contain the Evergreen kaju katli with my own batch to keep in the freezer. I deeply miss the perfect, just-sweet-enough version served at 57-year-old Evergreen, a beloved family-owned shop that, like so many establishments around the world, may not even exist after the lockdown. But I’m especially grateful for my own misshapen bunch.

P.S. If you’d like to support migrant workers in India, I recommend donating to an amazing organization called Save the Children India, which supports providing food and health and hygiene kits to those most in need. 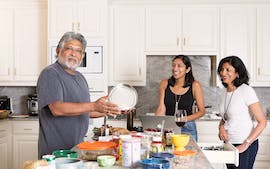 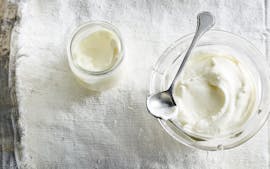 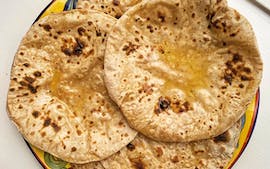