Delivery app DoorDash asked customers which foods they most miss eating in restaurants, and Mexican was the number one pick. Dishes expected to trend upward during the second half of 2020 are queso blanco, shrimp tacos, and, oddly, oatmeal.

Legendary Vera’s Backyard Bar-B-Q in Brownsville was featured on an episode of the Texas Bucket List. The six-minute show gives viewers a step-by-step look at how barbacoa is prepared.

Ghost kitchens, which offer takeout and delivery only, are on the rise nationally during the pandemic. In Houston, chef Tim Love has opened one such operation, Burritos, Fajitas & ’Ritas, out of Woodshed Smokehouse. The menu (available here) includes not only the namesake eats and drinks, but also guacamole, queso, and cookies.

Four words for you: Customizable. Birthday. Taco. Platters. Gloria Castillo Navarro, owner of Pinky’s Taco in San Antonio, started by making heart-shaped Valentine’s Day taco plates; she’s since branched out into birthday orders. Each platter features about forty tacos molded into the shape of the age the birthday boy or girl is turning.

Mixtli, the River City’s lauded modernist Mexican restaurant, is moving into a larger space (anything is likely larger than its current box-car confines) this fall. The move will increase Mixtli’s seating capacity from twelve to approximately thirty.

Houston’s Tacos a Go Go was featured in an episode of the Cooking Channel show Food Paradise.

Comedor was named restaurant of the year by CultureMap Austin. Nixta Taqueria co-owner and executive chef Edgar Rico earned the Rising Star Chef of the Year Award, and Eldorado Cafe received a nod for its queso.

Don’t live in Austin and can’t get Suerte’s choco tacos? Drool over this video of the Mexican restaurant’s head pastry chef making them on FOX 7.

If you’re looking for a safe dining experience in Midland, Taco DiVino might be a good pick. The Midland Reporter-Telegram reports that the restaurant “has more patio seating than indoor seating.”

The East Dallas branch of the Dallas-based Advocate magazine played a game of taco telephone, asking folks working in and operating local taquerias where they like to eat tacos. Rusty Taco, Velvet Taco, Torchy’s, Taco Joint, and Tacos la Banqueta were the picks.

Dallas’s Central Track sampled all twelve of Taco Cabana’s to-go margarita flavors. Of the Dr Pepper–flavored option, writer Eduardo Martinez wrote, “Only the most devout … fanatics could reasonably stomach this.”

The birria de res trend continues to catch on. Del Sur Tacos premiered a quesabirria special at the Oak Cliff location last week. This week, it will drop at the original McKinney outpost.

Also on the subject of birria, our barbecue editor believes Vaqueros Texas Bar-B-Q’s brisket birria taco isn’t to be missed.

DFW-based pop-up Bad Spanish Tacos is now making tamales (but only on Tuesdays and Wednesdays).

Restaurant openings continue despite the pandemic. Two notable taqueria openings are Chachi’s Next Door in Houston’s Kingwood neighborhood and Pie Town Tacos in Nashville. The latter will specialize in what owners call “Nashville hot tacos.” So if you like hot cauliflower tacos, you’re in luck.

Chimalma Taco Bar Co. is bringing tortillas raspadas to downtown Dallas. The new restaurant is set to open next month.

K-Mex minichain Chi’Lantro will open its next Austin location on August 3 at Parmer Lane and McNeil Drive.

The Trump reelection campaign released a nonsensical Spanish-language radio ad accusing Democrats of taking away tacos. The ad comes while some Latino customers are boycotting Goya Foods, whose CEO recently praised the president, leading Trump to pose with a can of beans in the Oval Office.

The Taquiza Taco Festival in Chattanooga went virtual this week instead of canceling. “We wanted to find a way to bring our community together and rally behind Latino small business owners all over the city,” wrote organizers on the event’s website.

Danny Trejo—Machete actor and founder of Trejo’s Tacos—spoke about his new documentary, his tattoos, and his love of tacos and doughnuts in an ABC 7 interview.

Something that would be no big deal in Texas gets a news segment in California: two women rode horses through an Exeter Taco Bell drive-through.

Vegetarian and vegan lovers of Taco Bell are upset on social media. The reason? Taco Bell, which is one of the most vegetarian- and vegan-friendly fast-food chains, decided to remove nearly a dozen items from its menu, including several vegetarian and vegan options. All is not lost, according to a Vox report.

HomeState, a Texas breakfast taco spot opened by native Texans with locations across Los Angeles, has revealed the latest nonprofit-benefiting taco collaboration with an area band. This time around, the musical outfit is Chicano Batman, and the taco has Soyrizo and potatoes with salsa verde on an organic corn tortilla. Proceeds benefit the Watts Empowerment Center and No Us Without You.

Al’s Tacos, in Cambodia, is manufacturing the first locally sourced and produced corn tortillas in the Southeast Asian country.

Can tacos negatively affect a professional athlete, especially one who is so obsessed with tacos he attempted to trademark “Taco Tuesday”? (Yes, we’re talking about LeBron James.) A Reddit user has a silly, pun-filled, data-driven answer. “One of the most unappetizing developments in the NBA is LeBron James’ recent obsession with Taco Tuesdays. And I’m not talking about the broader issue of cultural appropriation or his sad attempt to trademark the phrase. I’m talking about how the King’s curious obsession with eating tacos on Tuesdays, has led to him eating Ls on the box score.” 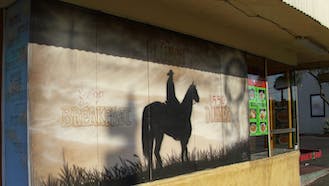