When Manabu Horiuchi (“Hori” to friends and customers) came to Houston in 2000, he was already a seasoned chef with a distinguished career in Tokyo. Here he honed his skills at a local sushi bar before opening his own restaurant, Kata Robata, in 2009. Immediately it became the go-to place not just for sushi but for a wealth of original dishes—both raw and cooked—that stretched far beyond the classic repertoire.

To launch our new series, the Texan Food Diaries, we asked chef Hori, who will celebrate the tenth anniversary of his restaurant this year, to track what he eats in a typical five-day period. He graciously agreed, recording the highlights of his meals both at home as well as out on the town (and on this particular week, he made his annual sojourn to New York City). Read on for a few days in the diet of chef Hori and stay tuned for more in the Texan Food Diaries series, as we ask other prominent Texans to share their a glimpse into their eating habits, favorite meals, restaurants, and more.

It’s my day off. I wake up at 7 a.m., make fresh Kona coffee and drink it without sugar, and then I go on a three-mile jog. Today’s breakfast is arugula salad with lemon vinaigrette, a spinach egg omelet, natto, and white rice. This is a typical breakfast, and I rarely diverge from the basic components—sometimes I have miso soup too.

Natto is fermented soybeans, and Japanese people either love it or hate it. I love it, and I eat it for breakfast every morning. It gives me energy for the day because it has a lot of protein. Natto is an ingredient that hasn’t yet been embraced by Americans, but I’d like to change that. I’m working on a natto ramen to encourage my guests at Kata Robata to try it.

I eat breakfast with my wife and two cats. I vacuum, clean my house, wash my clothes, and drop off our dry cleaning. I run into Sean Jenson from Nancy’s Hustle at the dry cleaner’s. Nancy’s Hustle [which opened in late 2017] is doing great business—I remember how hard the first year of a restaurant is.

I go grocery shopping. I usually shop for ingredients at Seiwa, a Japanese market on the west side of Houston; H Mart is also great.

I get home and watch TV Japan and relax. Tonight I’m preparing shabu-shabu, which is a frequent dinner at my house. I use a hot pot for the shabu-shabu, which you can find at any Japanese grocery store or in Chinatown. I usually buy short rib and slice it thin. For vegetables, I like cabbage, mushrooms—whatever’s in my fridge. It’s healthy! Just protein and vegetables.

Today is the sixth anniversary of my sister-in-law’s death. She was only 37 years old when she passed away from cancer. My wife and I talk about my sister-in-law, eat shabu-shabu, and drink red wine. Life is not fair sometimes, but we’re grateful for our health.

My routine: wake up at 7 a.m., drink Kona coffee with no sugar, and jog three miles. Breakfast today is miso soup, a sunny-side-up egg, natto, and white rice.

I head to work at Kata Robata at 10 a.m. We have a busy lunch. I work on my truffle dish for Truffle Masters, an annual competition between chefs in Houston that requires us to create a dish with truffles. I’ve tried truffle ceviche, truffle fried rice, sushi with truffle, a root-beer float with truffle, a Japanese-style truffle omelet, and green-tea cheesecake with truffle honey. So I have truffles for lunch. How lucky is my job?!

I’ve spent about two weeks testing out dishes for this competition. It’s very Japanese to focus on one ingredient and make it perfect. I decide to compete with green-tea cheesecake soufflé with truffle ice cream and truffle-maple honey. I hope people will enjoy this dish. [Editors’ note: They did. Chef Hori won the competition, his third time doing so.]

Dinner service is very busy. We have a big-top VIP omakase. I decide to try out a new menu, including seasonal icefish from Japan, available only through the springtime. I also bring back pan-seared cod milt. I leave work at 10:30 to be ready for a flight to New York at 6 a.m.

I visit New York once a year for research, and this time, I am focused on high-end restaurants. I have a few ideas for the future.

I have breakfast at George Bush Intercontinental Airport—no Kona coffee today. Just Starbucks. In New York, my wife and I check in at the Westin near Grand Central. The staff is always so nice here. I have lunch at Momosan Ramen, Iron Chef Morimoto’s ramen shop.  A simple tonkotsu ramen is perfect for the cold New York City weather.

Chef Morimoto came to Houston in 2015 for an event for Lexus, and he asked me to help him prepare and serve sushi for a thousand people. After the event, I took him to Genji Japanese Restaurant and Karaoke Bar, and we ended up in Chinatown until 3 a.m.  Since then, I’ve worked with him a few more times—again at events in Houston and once at the U.S. Open.

I go shopping after lunch. When I come to New York, I always get new energy. This city has so much energy.

I have dinner with my wife at Chef’s Table at Brooklyn Fare, which has three Michelin stars. The chef uses so much Japanese fish (akamutsu, kinmedai, Japanese uni, etc.) for his dishes. I think 80 percent of the fish served in our meal was from Japan. In Texas, it’s really rare to see that. Service is the best, and the food is amazing. My favorite is the dessert course. We are served a frozen chocolate and caramel soufflé, one of the best desserts I’ve had in recent years. It reminds me of Nick Wong’s Japanese pancakes at Houston’s UB Preserv. Both the Japanese pancakes and the soufflé at Chef’s Table are surprising because they are so light. The pancakes aren’t traditional Japanese at all, but they feel like Texas to me. And great fun.

At Chef’s Table, I run into Daniela Soto-Innes, who worked at Brennan’s and Underbelly in Houston before she moved to New York to run Cosme and Atla. Such a surprise to see her—small world! In Houston, she was such a rising star. In New York, she’s been awarded two Michelin stars and a James Beard Award. Some of the people in Houston I see as the current rising stars are Wong, Austin Simmons (Tris), and Martin Stayer (Nobie’s).

One day I wish to have a three-Michelin-star restaurant in Houston. This is my dream. But Houston is such a laid-back dining city that I’m not sure Michelin will ever come here. But anytime anyone in Houston gets recognition, we all benefit.

I wake up at 10 a.m. I have a cup of coffee at the hotel, and for lunch, I’m excited to see what Eleven Madison Park—the No. 1 restaurant in the world in 2017 [according to the World’s 50 Best list; it’s now No. 4]—has to offer. We sit at the bar and enjoy the bar tasting menu. We get the best service ever in my life. It feels like the server made personal courses for us.

At Kata Robata, we take a lot of pride in our service. Our servers train for six months before they ever hit the floor, but we’re casual, friendly. It’s a completely different style than Eleven Madison Park, so it is such an educational experience for me.

The first course is the most memorable, a soufflé with caviar.  My wife and I also enjoy a complimentary digestif after lunch.

Then we go back to the hotel. New York is freezing. I miss Houston weather. We have time before dinner, so I go to the bar with my wife. Traveling together is such a great time because we don’t normally have a lot of time to talk. I almost always work until midnight, five days a week. More than 65 hours, which is the normal restaurant-industry standard. She’s a paralegal and works long hours too.

Our last dinner in New York is at Hirohisa, a kappo-style restaurant. In particular, the unagi and shirako dishes are amazing. We order à la carte. We want to come back here next time for a tasting menu.

We head back to Houston today. The weather report says it is going to be freezing and the temperature will be below 10 degrees Fahrenheit. I worry that our flight is going to be canceled.

We go to Maison Kayser for breakfast, which is my favorite breakfast spot in New York. I got a cup of coffee, prosciutto salad, croissant, and croque monsieur—simply delicious. We go to La Guardia airport early because we are worried about the weather situation. I have a glass of wine.

Finally, we get home to Houston around 7 p.m. We have a bowl of pho in Midtown. I probably eat Vietnamese food twice a week. I love Pho Saigon and Saigon House, both in Midtown, and Huynh, in East Downtown.  We’re refreshed from our quick trip to New York, and we are very happy now. Back to work tomorrow. Time to sleep. 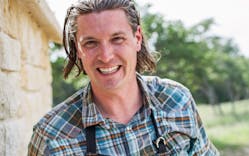