Tyson Cole is no stranger to the James Beard experience. The Uchi/Uchiko executive chef won the Foundation’s Best Chef: Southwest Award in 2011, and this year he is a Semifinalist in the Outstanding Chef category.

After attaining so much success through the years, it might be tempting to start pumping the brakes a bit, but Cole is doing just the opposite. In fact, he is looking to the horizon with plans for even more Texas restaurants.

Cole talked with Texas Monthly about the James Beard experience, new restaurants, and what Texas chef deserves to win a James Beard Award.

Layne Lynch: You’ve already won a James Beard Award before. How does an honor like that transform you?

Tyson Cole: Winning the James Beard Foundation Award was surreal. An honor. The pinnacle of my career. It opened a lot of doors and brought in even more talent to work with and serve. Since the award, we’ve opened Uchiko and then Uchi Houston a little over a year ago. We’re possibly even doing a Dallas location in 2014. I never would have imagined all that would happen.

LL: You’ve made your mark on the Austin culinary scene, and it looks like you’re shaking things up in Houston. Is Uchi the only restaurant we’ll see from you guys in Houston?

TC: Yes, Uchi is the only restaurant we’ll be opening in Houston.

LL: I saw that you guys are doing new concepts in Austin. Do you mind sharing a bit about what you guys have in mind and how these places will be stand out amongst Uchi and Uchiko?

TC: We’re working on one concept to open in Austin in the next year or so. It’s more fast, casual, and Asian-focused. It’ll be a fun place for our people to grow and serve Austin.

LL: A number of chefs I’ve interviewed refer to you as an artist. Do you agree with that description, and if so, how is something as simple as a piece of raw fish translated into a work of art?

TC: Food isn’t art. It’s consumed. Preparing food is artistic, but as soon as it’s finished, it’s gone forever. I love that about cooking; you get so many second chances to make things better.

LL: A lot of Texans made the list of semifinalists this year. Is there a Texas chef in particular you think really deserves to win a James Beard Foundation Award?

TC: We’re at a tipping point in the Texas culinary scene. There is a lot of talent and a lot of chefs pushing boundaries–both old school and new school. A James Beard Award is all about timing and dedication. Of all the chefs I know in the state, the most deserving who hasn’t won but has nominated lots of times is Andrew Weissman in San Antonio. I think lots of the younger chefs in Austin will win over the next few years as well. It just takes time and a never-ending commitment to excellence. 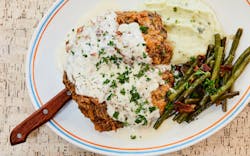 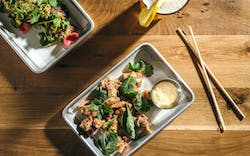 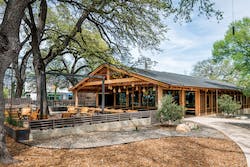 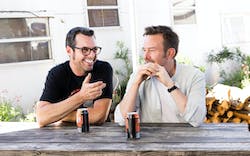