A taco tour of Austin, traversing Burnet Road, South Austin, and the East Side. 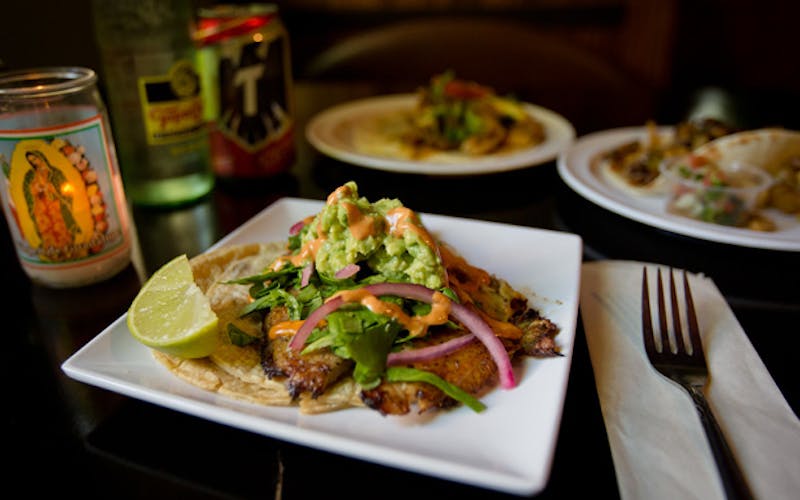 Austin has developed a bit of a reputation for being obsessed with the breakfast taco. This morning tradition has been written about in the New York Times and the Wall Street Journal; there’s even a book dedicated to the subject. And while there’s no denying the joys of starting one’s day with a tortilla stuffed with eggs, chorizo, and cheese, Austin’s taco culture extends far past the pre-noon hours. In fact, Bon Appétit recently declared that Austin has “the most dynamic taco culture in the country.” While residents of San Antonio and the RGV may vociferously disagree with this statement, it’s hard to ignore that tacos are experiencing a bit of a moment in our capital city. New places have been cropping up on the north side’s Burnet Road. Taco trailers are parked on virtually every other block in South Austin. And several small, family-run restaurants on the East Side are attracting new clientele in that rapidly developing area of town.

We’ll admit that tacos have been on our mind of late—well, they’re always on our mind, especially when we’re hungry—mostly because Texas Monthly is beginning its research on finding the best tacos across the state, a list we’ll publish at the end of 2015. It’s a months-long tasting process (aren’t our lives tough?), and we kicked it off by eating nearly one hundred tacos in Austin to begin our quest for the best the city has to offer. We know this list is far from comprehensive, and we’d like your input on what we missed. We promise to give those recommendations a try, because we never turn down a chance to eat another taco.