Five Texans on their relationships with guns. 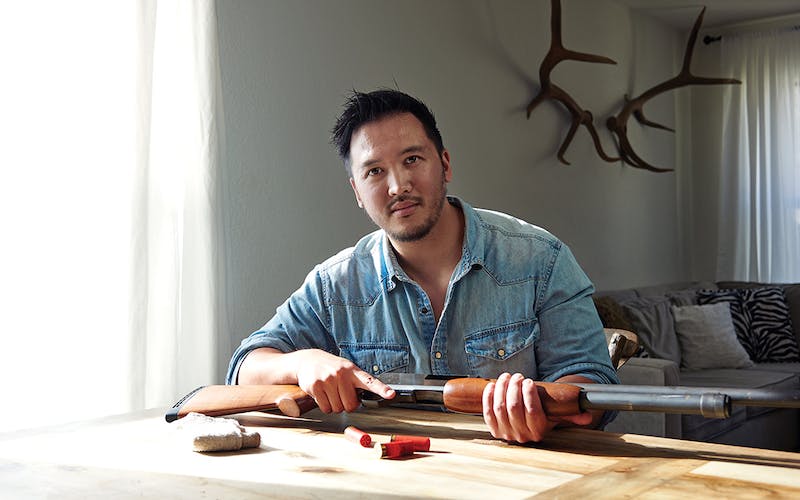 No issue is more divisive in America right now than guns. There are few agnostics on this topic: you’re either a gun person or you’re not. And with the increasing frequency of mass shootings, and especially since twenty children were killed in Newtown, Connecticut, in 2012, most Americans’ views on the subject have only hardened. In mixed company, you’re now wiser to discuss politics or religion.

Until recently, Texans knew little of such divisions. Firearms were so ingrained in this state’s culture and history that they seemed as natural a presence as prickly pear. Families passed down weapons through multiple generations, with children learning to shoot on the same .22 their great-grandparents once owned. Even Texas’s last liberal governor, Ann Richards, loved to hunt dove. But as the national debate has intensified, and as our population has swelled, the fight over firearms has begun to rage here as fiercely as anywhere else—perhaps more so. In January of 2016, Texas became the latest state to permit the open carrying of handguns. And in August public colleges will allow students to carry guns into classrooms; incredibly enough, the measure takes effect on the fiftieth anniversary of the nation’s first campus mass shooting, at the University of Texas. Some people are even deciding to leave Texas, or move here, because of our gun laws.

So it seemed the right moment to examine Texas’s complicated relationship with guns. No matter your stance, you will likely find in the following passages more than a few images and words that please and anger you, that inform and provoke you. We hope you will be surprised, that you will learn something, not only about the weapons themselves but also about the ways other people view them. We may never stop arguing, but we certainly could use a little more enlightenment and understanding—both of guns and of one another.