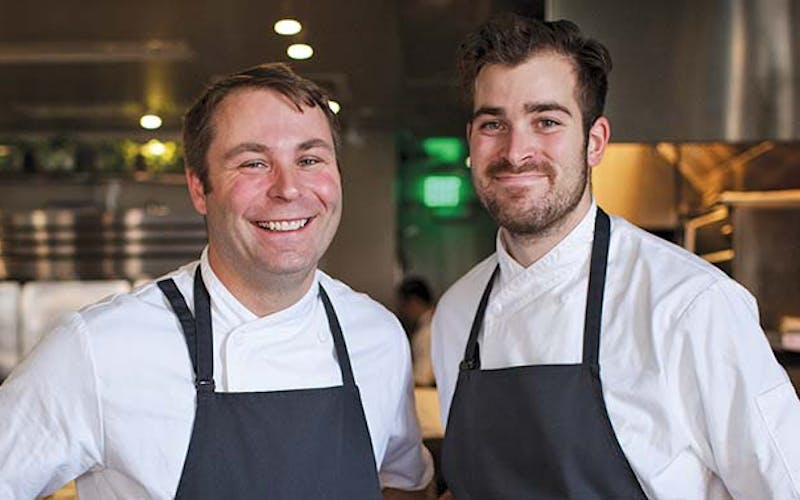 By any logic, Olamaie belongs in the South, with places like Husk and Catbird Seat, which are revolutionizing that region’s delicious if sometimes hidebound cooking. But Olamaie’s chefs, Michael Fojtasek, 35, and Grae Nonas, 28, didn’t want to live in the South. They wanted to live in Austin, and that is how Olamaie came to occupy a near-downtown cottage transformed inside to resemble a sleek, contemporary country club. Sometimes the chefs hew to tradition, as with the purloo, a time-honored rice stew featuring lightly browned slices of tender, pink squab breast perched atop exceptionally flavorful Carolina gold rice (they add a little sass with fresh okra and fermented cayenne peppers). But more often they kick tradition to the side of the road and go on a creative binge, as with the smoked wahoo, which they turn into a dynamite dip with the aid of Alabama’s luscious mayo-based white barbecue sauce; it comes gilded with an elegant smoky eggplant puree, further jazzed with a crazy watermelon-radish-and-celery-leaf chowchow. At Olamaie what’s old is new, and how.