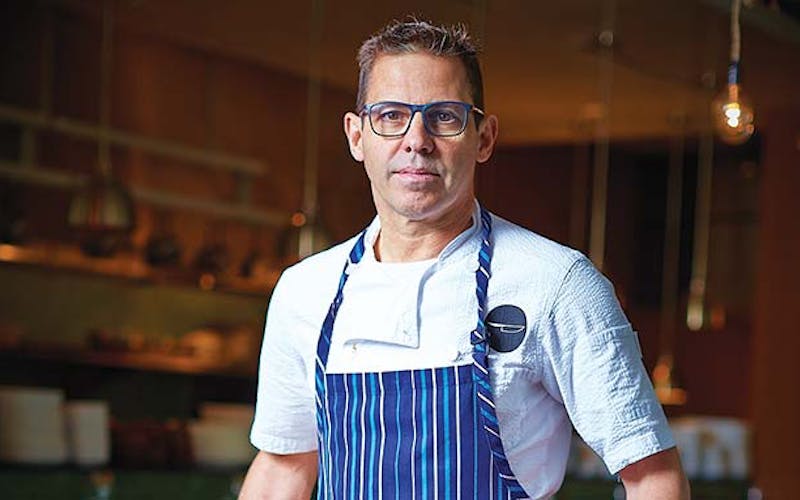 Of course you want the 240. It’s the most famous steak in Texas. Meticulously dry-aged in-house for 240 days until it attains an almost truffle-like intensity of flavor, this USDA Prime tomahawk ribeye has few peers. After an initial shortage, plenty are stacking up in Knife’s special meat locker (one 30- to 36-ounce bone-in 240 costs $125 but easily feeds two to four). If you just want a conventional steak, though, no problem. Numerous choices, including Akaushi, abound at 57-year-old chef John Tesar’s modern palace of protein. Non–beef eaters are well taken care of with pig, lamb, foie, and assorted denizens of the deep. Indeed, one of the most amazing pairings you’ll ever have is uni with Knife’s house-made blood sausage, an umami-rich duo that sounds bizarre but is fabulous. The charcuterie board is a tour de force. The ham tasting is revelatory. But the best bargain on the menu may be the whole pig’s head, served deboned and sided by tortillas, ready to be made up into terrific tacos. Among Texas steakhouses, Knife stands alone.