From a luxury hotel in San Antonio to a posh former jail cell in Clifton, these ten destinations are accepting reservations for the perfect getaway. 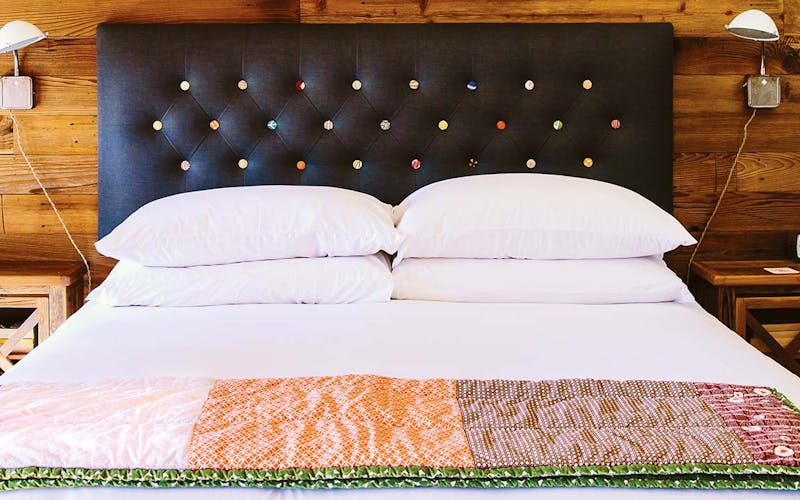 A cabin at Camp Comfort.
Photograph by Wynn Myers

It’s the number one question I field from friends, family, and strangers: What’s a cool/secluded/luxurious/affordable/romantic place to stay? It’s not a surprising query. If you’ve ever been in charge of planning a vacation, you know that a good hotel is a destination in itself—and a bad one can wreck your whole trip. As I’ve wandered around the state over the past few years, I’ve checked in to dozens upon dozens of B&Bs, boutique hotels, cabins, vacation rentals, and resorts. And while there are many fine places to lay your head for a night or two, it’s the ones—like the following ten—that transcend mere function to become self-contained worlds that you want to hole up in indefinitely.

To be considered for this list, a property had to be newly built or significantly renovated in the past four years (i.e., since we published our “Where To Stay Now 2012” list). But to make the list, it had to have more than pillow-top mattresses and a well-stocked mini bar and a showerhead with decent water pressure. For starters, I was looking for an uncommon attention to detail, in both design and service. Did it have lively gathering spots where locals and strangers could come into one anothers’ orbits as well as quiet nooks to retire to where you could shirk small talk altogether and read or catnap uninterrupted? Also considered was the appeal of its location, whether that was in the middle of the action (like San Antonio’s Hotel Emma or Austin’s South Congress Hotel) or off in a microcosm of its own (like the Cell Block, in Clifton, or High Hill Farm, near Overton). A place’s history, the skill of its chefs (where applicable), and the ease of transactions all accounted for something too. But ultimately, there was one telling criterion that each of the following places have in common: They’re an exciting new answer to a Texas traveler’s most pressing question.