My friend Bartell Zachry Jr. was known throughout the world as a visionary executive in the engineering and construction industry. Here in Texas, he was also treasured as one of the most generous and committed supporters of San Antonio, and of his dear Texas A&M.

Bartell’s was a wise and trusted voice in our community whose leadership and advice was often sought. He marshaled the business community in support of broader opportunity throughout San Antonio and Texas.

He died at age 86 on Wednesday, surrounded by his wife, Mollie; his four children; and other family members. With his passing, San Antonio has lost someone whose impact on our community can be seen not just in the buildings he constructed and the jobs he created, but in the lives enriched by his charitable giving and volunteer work—including walking door-to-door to urge high school dropouts to return to class.

The Zachry and Straus families have been friends through the generations. And as I navigated my path from business and family life into public service, Bartell was a role model to me. I saw him as the very embodiment of a civic leader who committed himself to the advancement of his community, well beyond his own circle of friends and business associates.

Born in Laredo, Bartell served as a pilot in the U.S. Air Force. He then joined the H.B. Zachry Company, started by his father, H.B. “Pat” Zachry Sr., and privately held to this day. Within seven years, Bartell took over as president, and the company developed projects around the world, from U.S. embassies to power plants to highways, including many of those that Texans drive on today. As the Rivard Report noted this week, “The Zachry name became synonymous in San Antonio with the construction of the Hilton Palacio del Rio Hotel in a record 220 days in time for HemisFair ’68,” the landmark World’s Fair event that did wonders for tourism in our city. The Zachry Company now has more than 20,000 employees.

Once named Engineer of the Year by the American Society of Civil Engineers, Bartell was recognized globally for his achievements in his field. But that’s not how he defined success. Rather, he aimed to provide a quality product, to employ good people, and to help them provide for their families with enough left over to support community needs. Collecting material possessions or gaining political influence was never his goal.

He even brought an engineer’s analytical mind-set to family life; if a grandchild asked him to help build a backyard fort, he’d whip up an estimate, a materials analysis, and safety protocols. Bartell also abided by the maxim to eat dessert first, often to the amusement of those seated next to him at galas and events.

Bartell believed in the value of public education, knowing that Texas’s public schools would produce most of the state’s leaders in politics, business, the arts, and other fields. He led the Board of Trustees of the Alamo Heights school district and worked with other giants of the San Antonio business community, such as Charles Butt and Tom Frost, to provide community support for San Antonio ISD, one of the city’s neediest districts. He led former Mayor Phil Hardberger’s pre-K-through-college education initiative to urge collaboration across the city’s many educational institutions. And perhaps his greatest impact was at his Texas A&M University, where the civil engineering building bears the Zachry name.

Once, he felt compelled to offer a stern correction when a Zachry company employee suggested that a Texas A&M graduate was an Aggie. “Let me make something clear: Once an Aggie, always an Aggie,” Bartell said.

I would hear from Bartell from time to time during my service as his state representative and as speaker of the Texas House. He was always so diplomatic that sometimes I had to reflect for a while after our conversations to discern what he was trying, and was perhaps too polite, to tell me.

His was a generation of business leaders who believed that those who succeeded in the private sector had a responsibility to quietly guide and support the expansion of opportunity for the entire community. He did not seek media acclaim, but he knew that growing his company into a commercial titan was not enough. His community depended on him, and he never let it down. Through the decades, one weighty decision after another in San Antonio included consideration of this question: “What does Bartell think?”

Even in his passing, it is a question that should continue to guide us.

Joe Straus represented San Antonio in the Texas House of Representatives for fourteen years, serving as speaker of the House from 2009 to 2019. 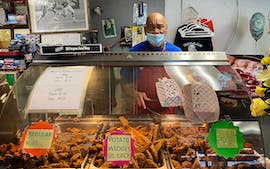 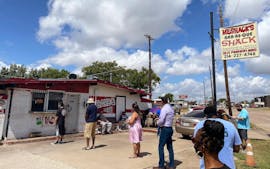 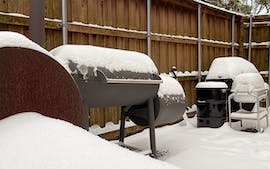